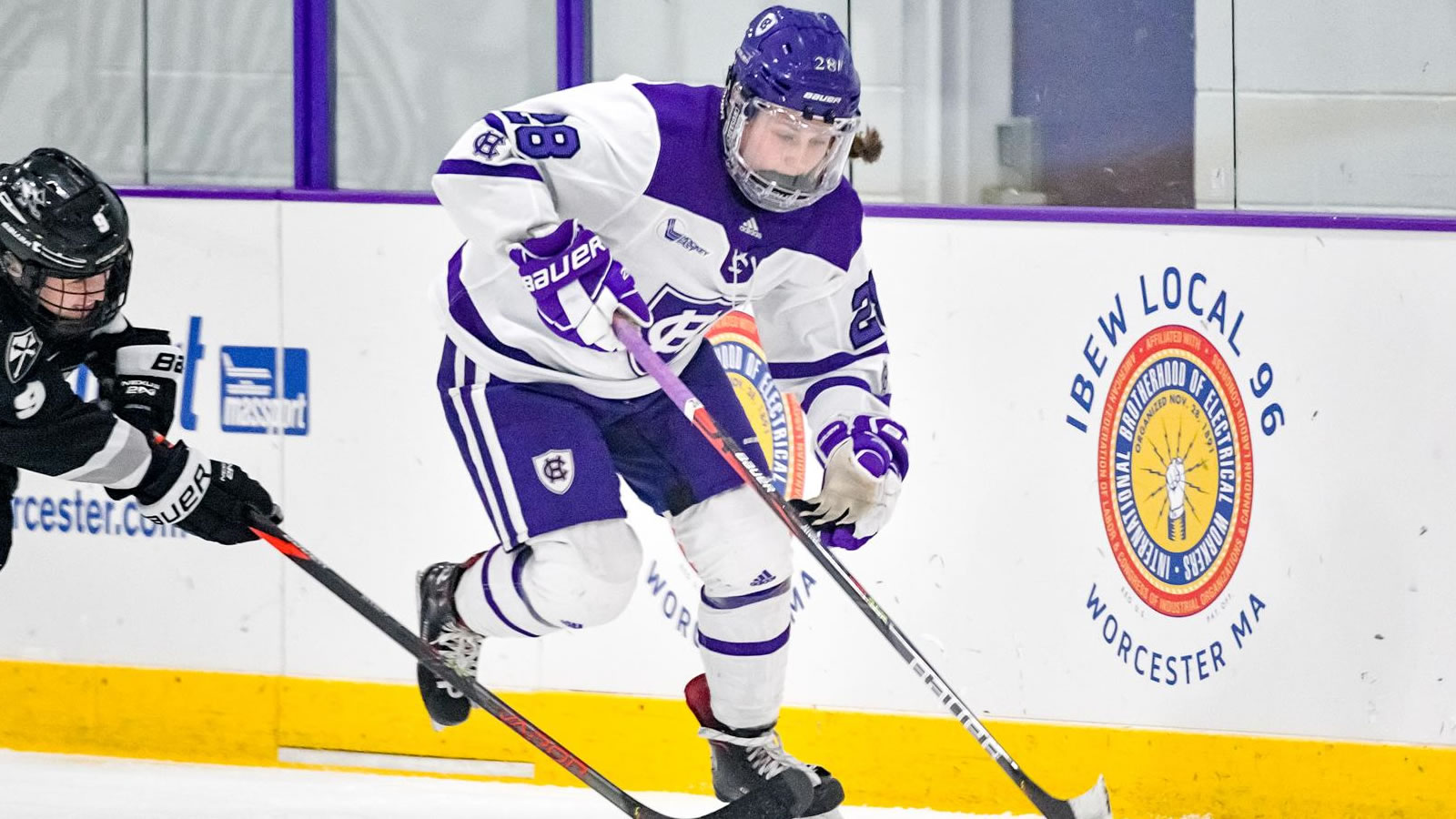 WORCESTER, Mass. - The Holy Cross women's ice hockey team defeated Brown University, 4-2, to round out the 2021 portion of its schedule on Friday, Dec. 10.

Brown (1-12-2) outshot the Crusaders 14-5 in the opening frame, but Holy Cross (3-14-0) settled down after that point, outshooting the Bears 33-17 over the final two periods. Senior goaltender Jada Brenon made 29 saves in the victory.

- The Bears opened the scoring at 5:25 of the first period off a goal from Maya Mangiafico.

- Beniek evened up the scoring at 13:48 of the first, connecting on a puck sent in by sophomore Lilly Feeney.

- Edmonds had her third goal of the year to tie the game up at 11:05 of the second, scoring on a pass by sophomore Millie Sirum.

- Magier gave the Crusaders a 3-2 lead 6:21 into the third period, scoring off the rebound of an initial shot from Lio.

- Magier scored her second goal of the game off an empty-netter with two seconds left in regulation.

- Beniek's goal was her first this season.

- Edmonds now leads the Crusaders with seven points this season.

- Magier is the first Crusader to score multiple goals in one game this year.

Holy Cross will return to action in 2022 with a Hockey East contest against Providence on Jan. 2 at the Hart Center.