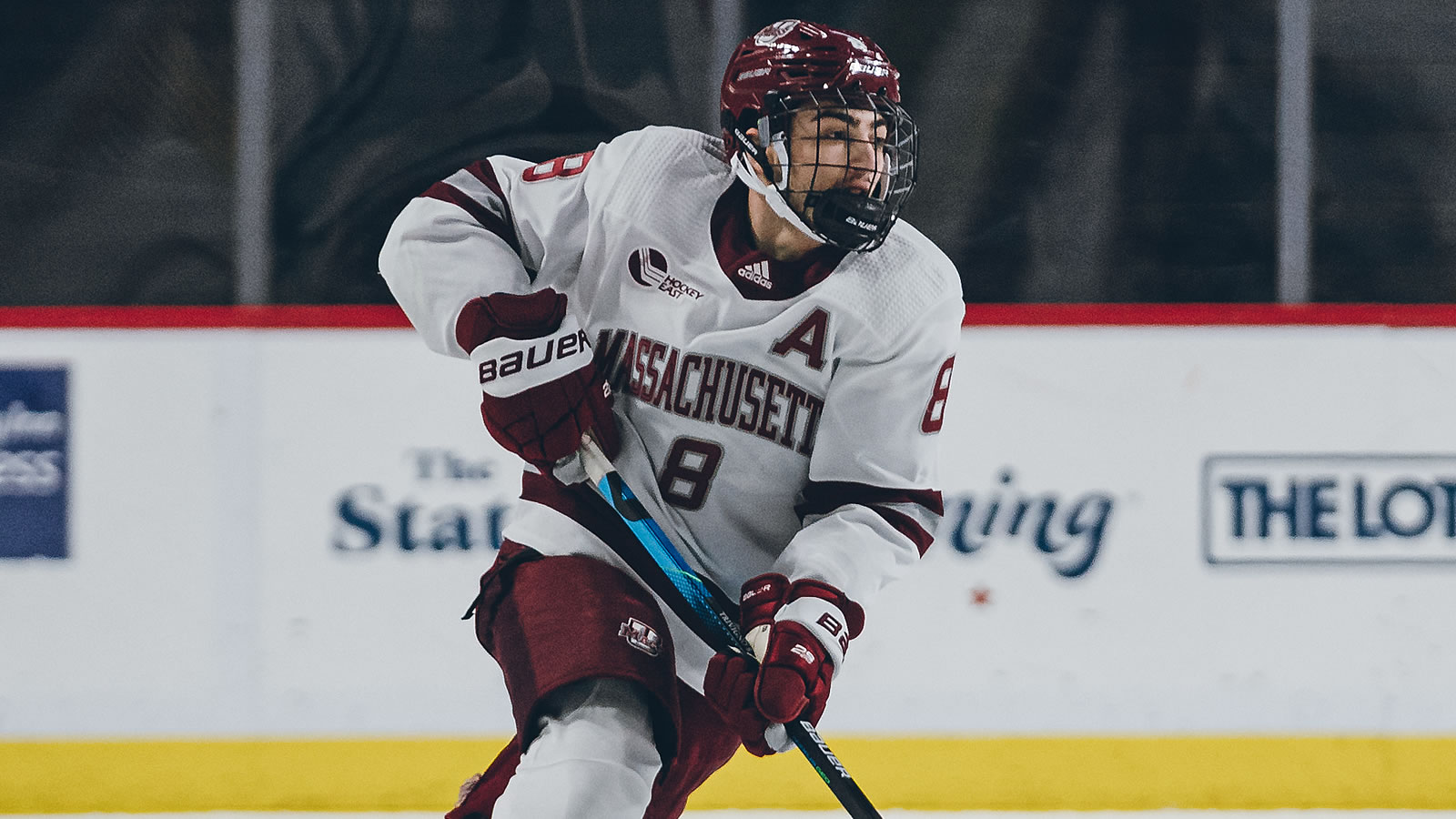 NORTH ANDOVER, Mass. - No. 12 University of Massachusetts hockey rallied to tie the score late in the third period and then claimed the victory in overtime, 3-2 over Merrimack on Wednesday at Lawler Rink. The win moves the Minutemen to 9-4-2 overall, 7-2-2 in Hockey East play to end the first half, while the Warriors fall to 6-9-0 overall and 3-7-0 in league action.

After killing off a UMass 5-on-3, Merrimack opened the scoring 13:04 into the first period. With an extra attacker on for a delayed call, Steven Jandric sent a slapper from Max Newton and Zach Uens through traffic and past goaltender Matt Murray.

At the 9:13 mark of the second, UMass leveled the score at 1-1 on the power play. Junior Matthew Kessel took a one-timer from the blue line after receiving the puck sophomore Aaron Bohlinger and sophomore Ryan Sullivan deflected it in for his second of the season.

The Warriors pulled back in front before the close of the frame, however. Mac Welsher's shot from the perimeter beat Murray through a screen with Declan Carlile and Jake Durflinger earning the assists at 17:56.

With 3:22 remaining in regulation, freshman Lucas Mercuri tied things up at 2-2, redirecting a Ryan Ufko shot from the point past Zachary Borgiel for his second of the season. Freshman Ryan Lautenbach earned an assist on the play, as well.

Then in overtime, freshman Scott Morrow collected the puck from senior Ty Farmer and set up senior Bobby Trivigno at the doorstep at the 4:22 mark for the game winner, Trivigno's seventh tally of the season.

Merrimack finished the contest with a 32-27 shot advantage. UMass was 1-for-5 on the power play and a perfect 4-for-4 on the penalty kill. Murray finished with 30 saves for the Minutemen and Borgiel turned aside 24 for the Warriors.