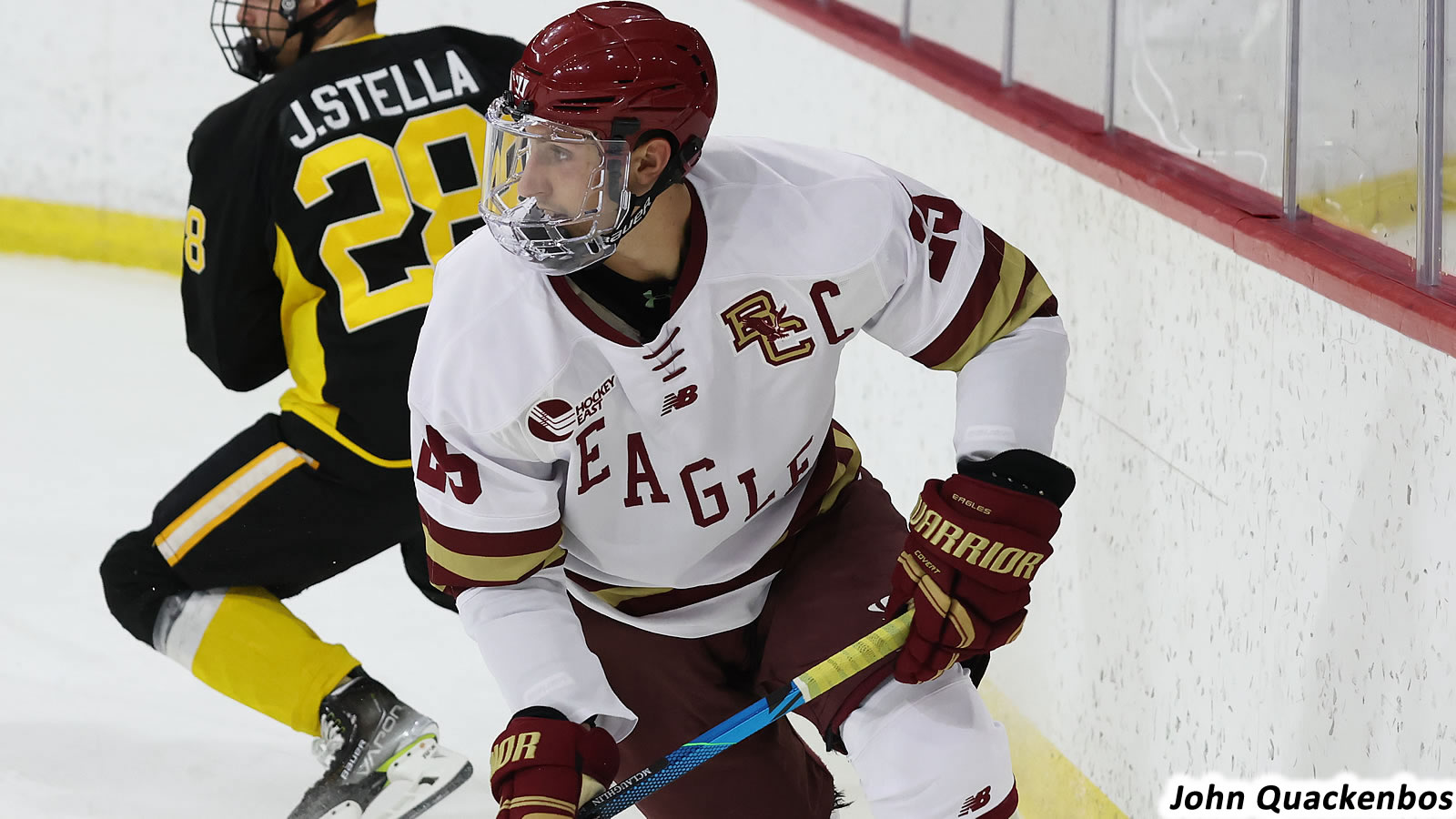 Senior linemates Marc McLaughlin and Patrick Giles combined for five points on two goals and three assists, while sophomores Colby Ambrosio and Nikita Nesterenko provided insurance tallies in the third period to help seal the win. Eric Dop stopped 16 of the 18 Brown shots he faced to improve to 7-4-2.

McLaughlin opened the scoring five minutes into the contest when he deflected a right wing pass from Giles glove side to beat Mathieu Caron inside the right post. Drew Helleson posted the second assist on McLaughlin's team-leading 10th of the year.

Brown tied the game at 14:48 of the second on a deflected shot from Justin Jallen, but the Eagles responded through Giles two minutes later when his wrister trickled five-hole on Caron off a Brown stick.

BC extended its lead early in the third on a tic-tac-toe passing play capped off by Ambrosio from Casey Carreau and Sam Sternschein at 2:56. Nesterenko added a fourth from Brandon Kruse on a heavy glove side one-timer at the 5:10 mark.

McLaughlin went low glove side on a breakaway with six and a half remaining to establish a new career-high in goals (11) and collect his fourth multi-goal game of the season. Michael Maloney pulled one back for Brown on a rebound at 13:44 to cap the scoring.

BC finished the night with a 27-18 advantage in shots on goal and the teams went a combined 0-for-3 on the power play.

Boston College closes the first semester on Friday night in the Battle of Comm Ave at Agganis Arena against rival Boston University. Faceoff is scheduled for 7:30 p.m. on NESN.