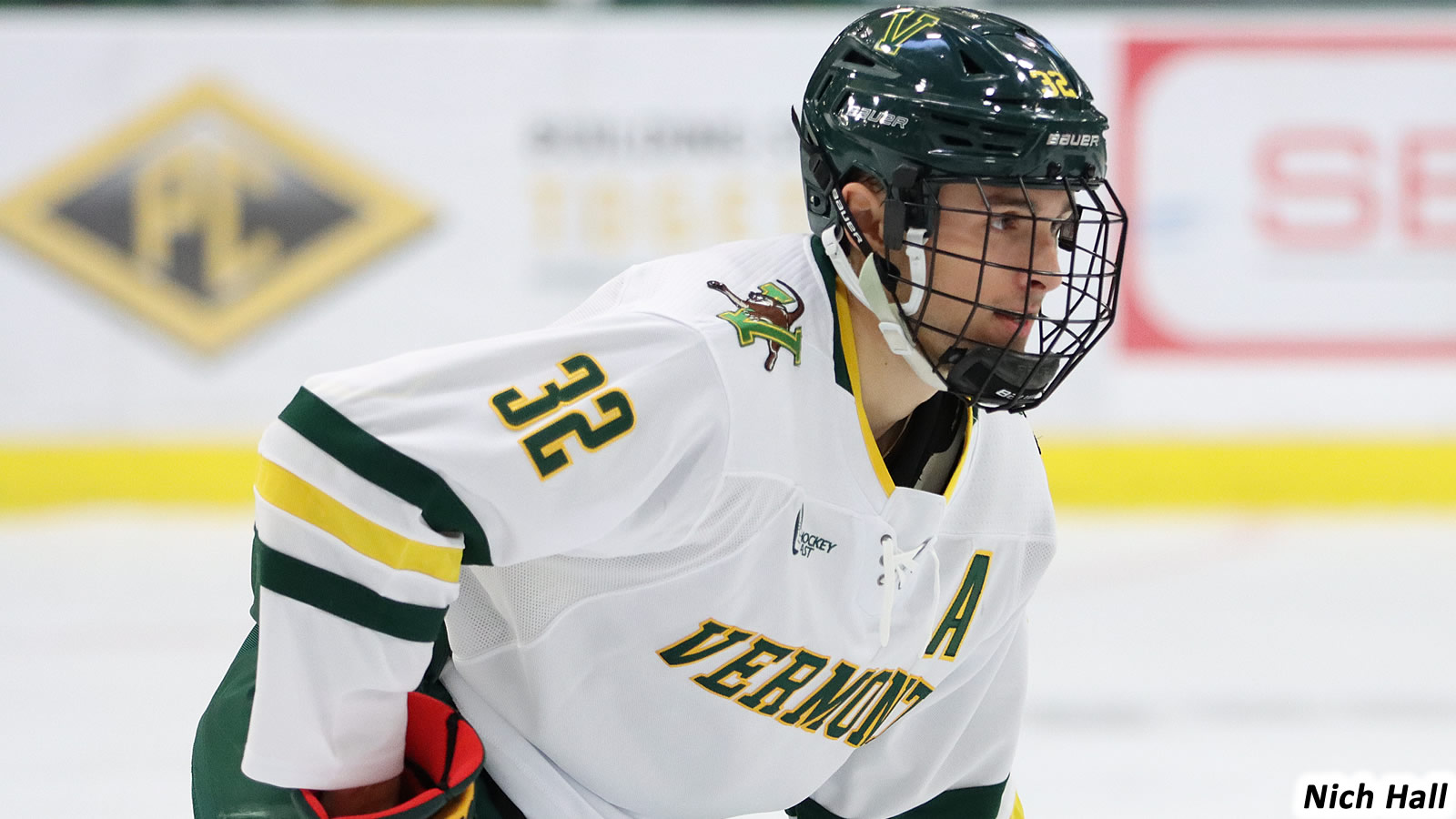 "What started out as a game that looked like it would be a low event match ended up being a turf war between two teams on similar development paths," Head Coach Todd Woodcroft said. "Both goalies were excellent. Both penalty kills were very good. The PP in OT ended up being the difference. Our next step has to be to do it again because tomorrow, the game will be even harder. Outstanding performance by Gabe Carriere tonight in the shutout victory."

Vermont's Carriere and Maine's Victor Ostman were outstanding Friday night. Both goaltenders made 22 saves in regulation. It was the first time this year Maine or Vermont had held its opponent without a goal in regulation.

For the second straight contest UVM was a perfect four-for-four on the penalty kill. Carriere made five saves while the Catamounts were shorthanded.

In the overtime session Maine's David Breazeale was dangling along the Vermont blue line when UVM's Andrew Lucas poked the puck off his stick. With the chance of Lucas breaking in alone on Ostman Breazeale took Lucas out on the play and was called for interference giving UVM its fifth power play chance of the contest.

On the ensuing power play Robbie Stucker and Babichuk crisscrossed at the top of the slot and as Stucker drew the Maine defenders to him he left the puck for Babichuk. In stride Babichuk gathered the puck and placed a perfect wrist shot past Ostman for his first goal as a Catamount. Simon Jellus earned the secondary assist on the goal.

Vermont has won two straight road games for the first time since January 26-27, 2018 in a weekend sweep at Merrimack.

Friday marked the second straight contest between UVM and Maine at Alfond Arena that ended scoreless after regulation. On February 22, 2020, the teams skated to a 0-0 tie, Stefanos Lekkas '20 made 33 saves and current Boston Bruins goaltender Jeremy Swayman made 30 saves.

Vermont wraps up the weekend series with Maine at 7 p.m. on Saturday from Alfond Arena. The voice of the Catamounts, Adam LaFleur, will broadcast the action live on WVMT (FM 96.3 / AM 620) and free live streaming is available at CollegeSportsLive.