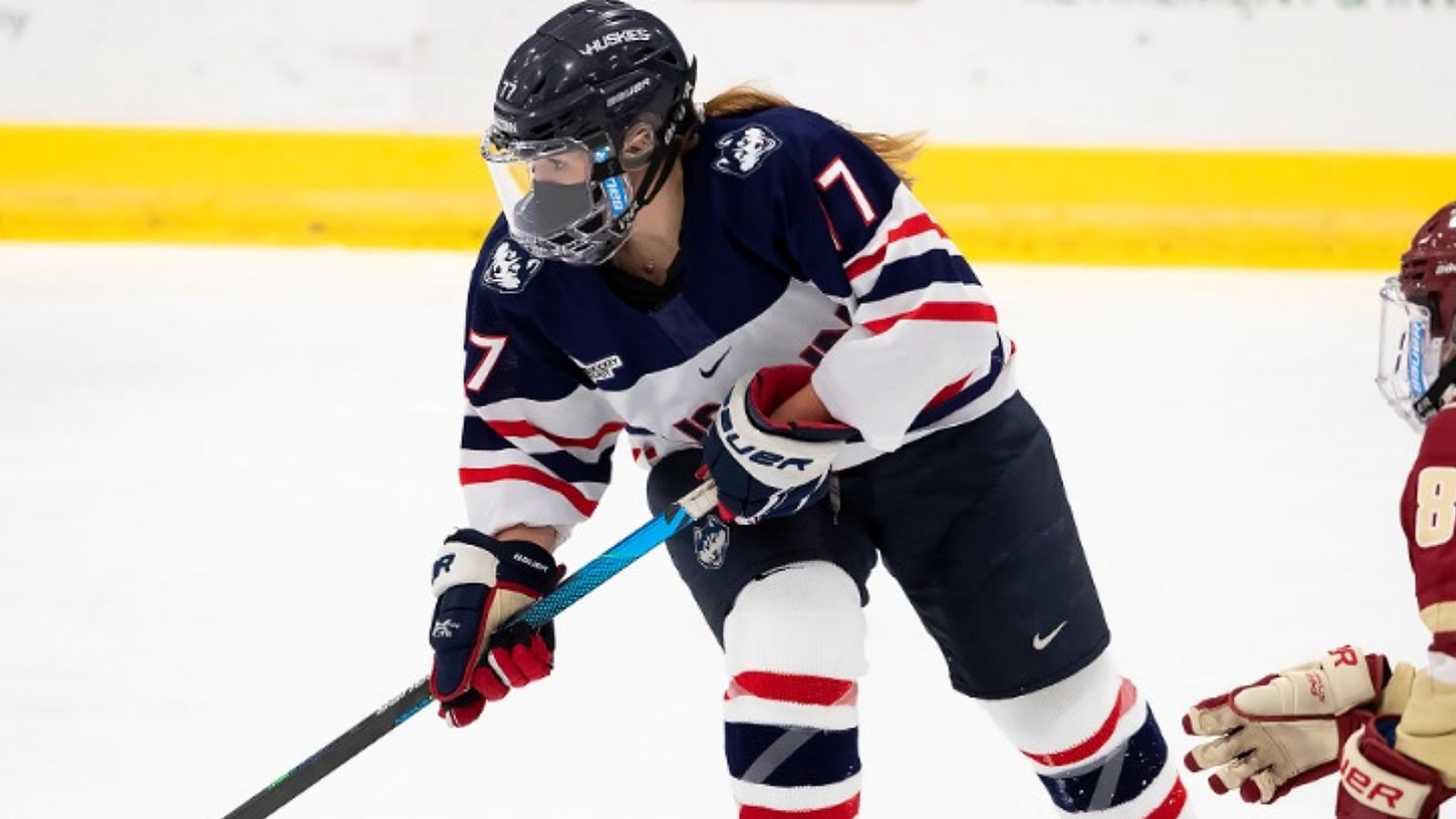 Junior forward Amy Landry posted a goal and an assist for the Huskies
Warrener, UConn Shut Out Holy Cross, 4-0
Freshman goaltender Megan Warrener made 18 saves for the Huskies

STORRS, Conn. - The University of Connecticut women's hockey team improves to 13-4-2 on the season as they take down Holy Cross 4-0. UConn was propelled to victory by Amy Landry and Kathryn Stockdale who both finished with one goal and one assist.

The first period started with UConn instantly jumping on the attack. UConn would start its attack with faceoffs, winning 16 of 20, and using the possession gained to pressure Holy Cross. The Huskies would get on the board first as junior Claire Peterson would intercept pass and fire a shot that would sneak right over the goalies shoulder. Holy Cross would try to respond but freshman goalie Megan Warrener would make multiple saves including one on a breakaway to keep the Crusaders scoreless. The first period would end with UConn holding the 1-0 lead.

The second period was dominated by UConn as they would score two in the period to extend their lead to 3-0. The first goal of the period was by sophomore Kathryn Stockdale as she took the puck in front of the net and just kept shooting until eventually one would get through. UConn would not let up as senior Danielle Fox would pressure the Holy Cross defender and poke the puck free to senior Viki Harkness who would fire a pass to sophomore Jada Habisch for the goal.