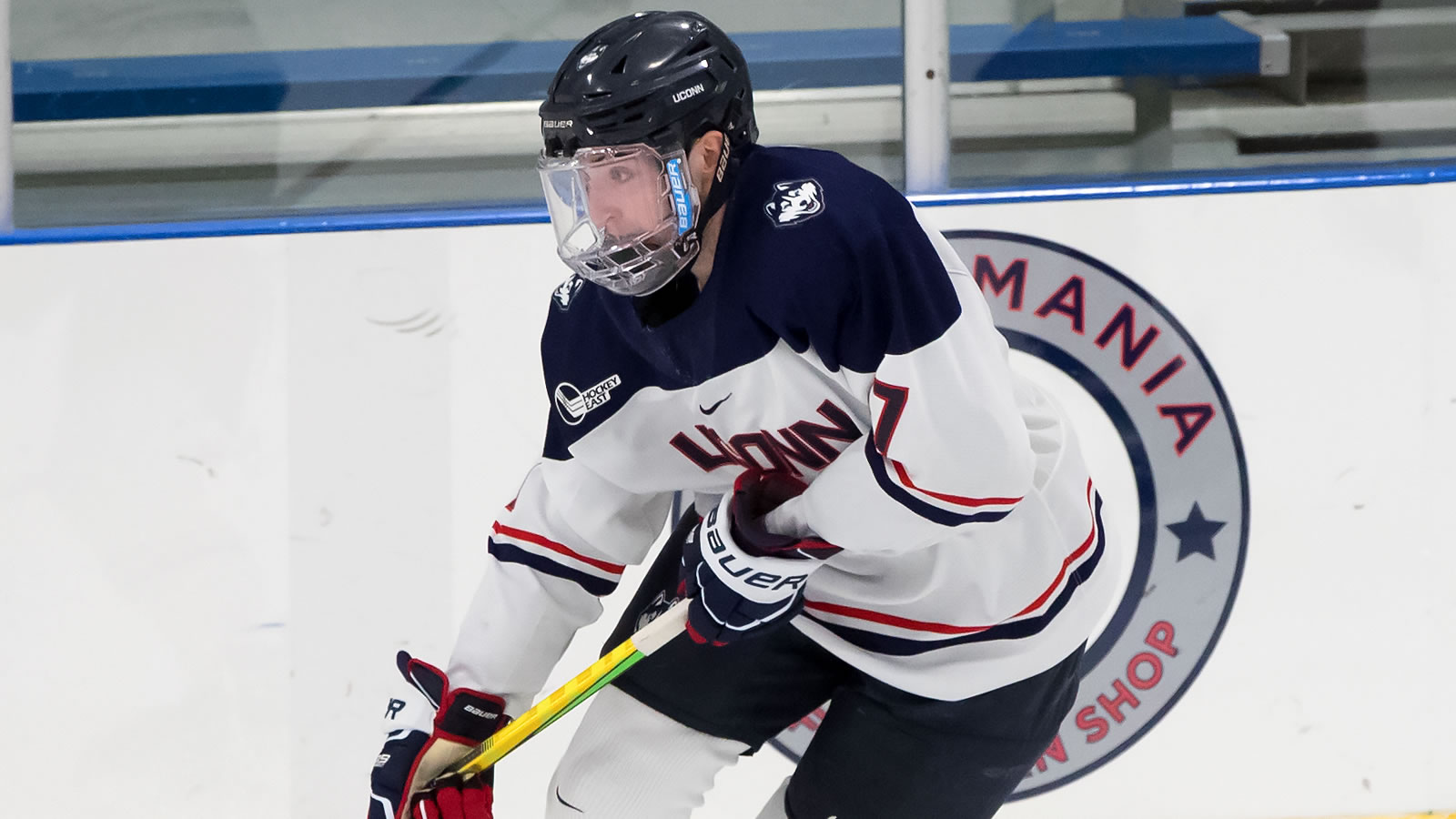 The Huskies got the game's first two goals and never trailed on Saturday, opening up a 5-1 lead thanks to three second period goals. The Huskies held a 34-32 edge on shots and won the special teams battle as well going 1-for-3 on the power play and killing off both Raider power play chances.

The Huskies got off to a fast start offensively and never looked back. Gatcomb got the first of two UConn goals in the first period at the 8:37 mark. The senior helped win a puck battle in the right corner and came flying out with the puck for a quick wrap-around chance at the right post, burying it for his fifth on the year.

Schandor made it 2-0 UConn at the 15:41 mark scoring his first goal of the season. The puck got dumped into the right corner where the Huskies won another puck battle and Gatcomb shuttled the puck to Schandor walking in on Benson, beating the goaltender with a quick snapshot.

Colgate got one back at the 17:44 mark, converting off a 2-on-1 chance. Hanson made the save on a Colton Young chance but Brandon was in front to pick up the rebound and bury it before the goaltender could recover to make it 2-1.

UConn got their offense rolling quickly in the second period on the way to three more goals. The Huskies needed just 1:02 to make it 3-1 as Capone got his fourth of the season. Freshman Chase Bradley (St. Louis, Mo.) sent Shlaine up the right side for a 2-on-1 chance and he fed Capone in the right circle for a one-timer blast.

UConn got their first power play chance of the night off the ensuing face-off and made Colgate pay at 2:54 as Shlaine got his first of the season. Shlaine burst into the zone off a feed from Gatcomb and collected his own rebound near the right post, burying it for a 4-1 lead.

Turnbull got the Huskies one more in the second, scoring his second this season. Coming on a face-off in the Colgate zone, Schandor won the puck and Turnbull picked it up and fired a tough angle shot from just outside the goal line on the right side, beating Benson up top, short side at 10:08 to lead 5-1.

The Huskies nearly had a second power play goal on the night, scoring their sixth goal just as their third power play ended, at 14:14. Freshman Sasha Teleguine (North Attleborough, MA) picked-off a Colgate feed in their zone and fed Rees at the high point who snapped one through traffic for his third of the season.

The Huskies jump back into Hockey East play with a home-and-home series against Merrimack next weekend. UConn heads to Merrimack on Friday, December 3 and will host the Warriors at XL Center on Saturday, December 4.