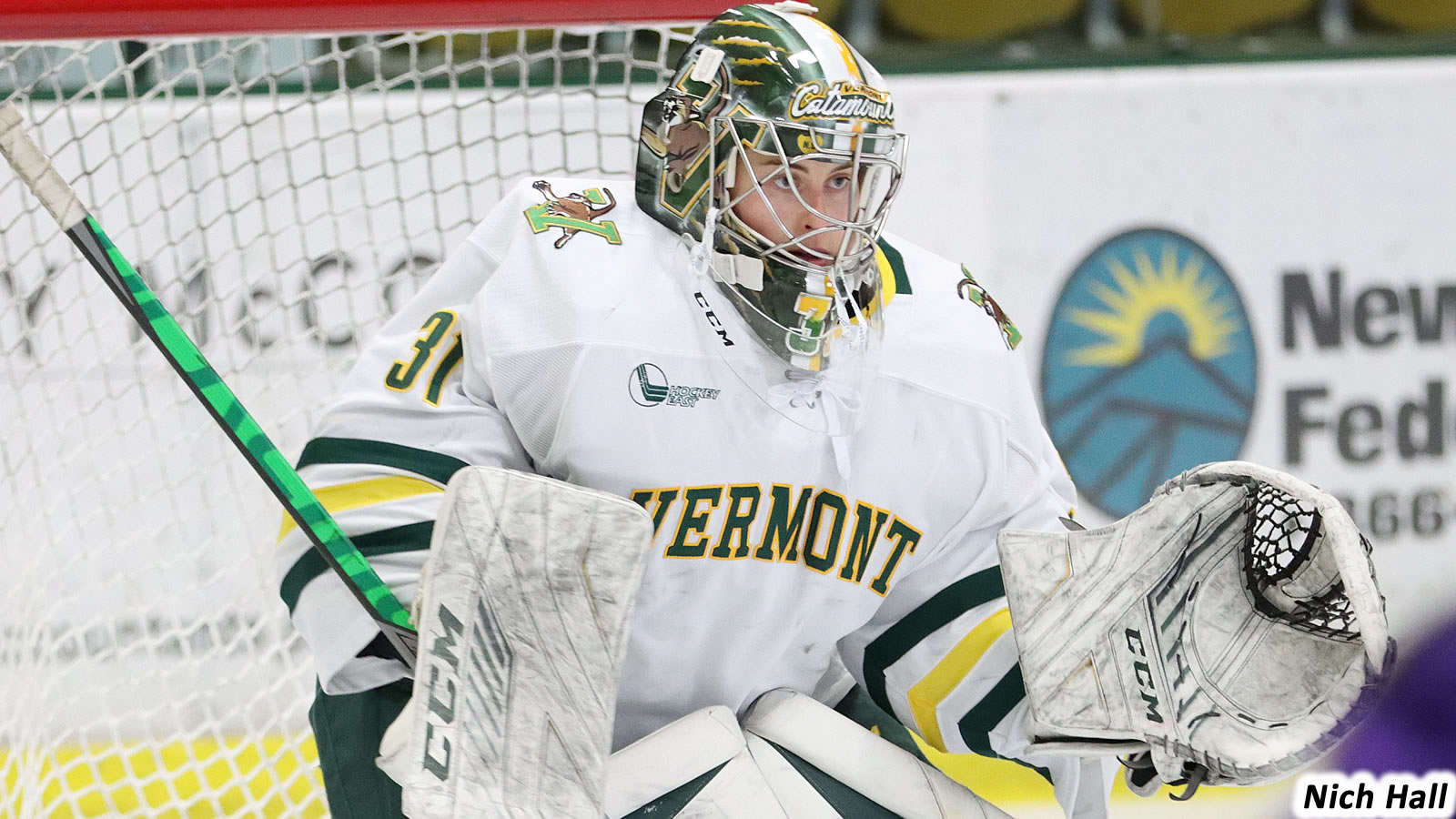 BURLINGTON, Vt. - Sini Karjalainen scored her second goal of the season and Blanka Škodová made 29 saves as Vermont (6-6-2) skated to a 1-1 tie with Syracuse (5-6-3) in non-conference action from Gutterson Fieldhouse Friday night.

"What an entertaining game tonight, Syracuse plays a similar style to us and it was good for us to have to face a team like that," Head Coach Jim Plumer said. "I thought we got better as the went on and created an awful lot of offense in the second and third periods. I think this is one of those games where we are going to be talking about how many chances we had that we didn't finish. Credit to the Syracuse goalie for a great game. It should be a good rematch tomorrow."

- After a scoreless opening two periods Karjalainen found the back of the net 3:36 into the third period. On the cycle Theresa Schafzahl got the puck to Kristina Shanahan and as she made a move in the corner to free herself from a Syracuse forward Karjalainen cut to the slot. Shanahan found her in stride and Karjalainen gathered the feed before snapping a shot past Arielle DeSmet's blocker to make it 1-0.

- The Orange equalized with 5:59 left in regulation after a period of sustained pressure in the Vermont zone. Terryn Mozes was harassed from behind by a UVM forward and the puck bounced into the slot with heavy traffic. Syracuse's Madison Primeau gathered the puck, spun and fired a wrist shot that was perfectly placed just under the crossbar for her sixth goal of the campaign.

- Škodová and DeSmet were outstanding in a wide-open overtime session but neither team could break the deadlock.

- Blanka Škodová was named the first star of the contest, she is now 4-4-2 this season.

- Theresa Schafzahl led all skaters with six shots on goal Friday. In three games since returning from Olympic qualifying she has two goals and six assists for eight points.

The Catamounts and Orange are back at it tomorrow night at 7 p.m. from Gutterson Fieldhouse. The game will air live on CollegeSportsLive for free with Cooper Boardman on the call.