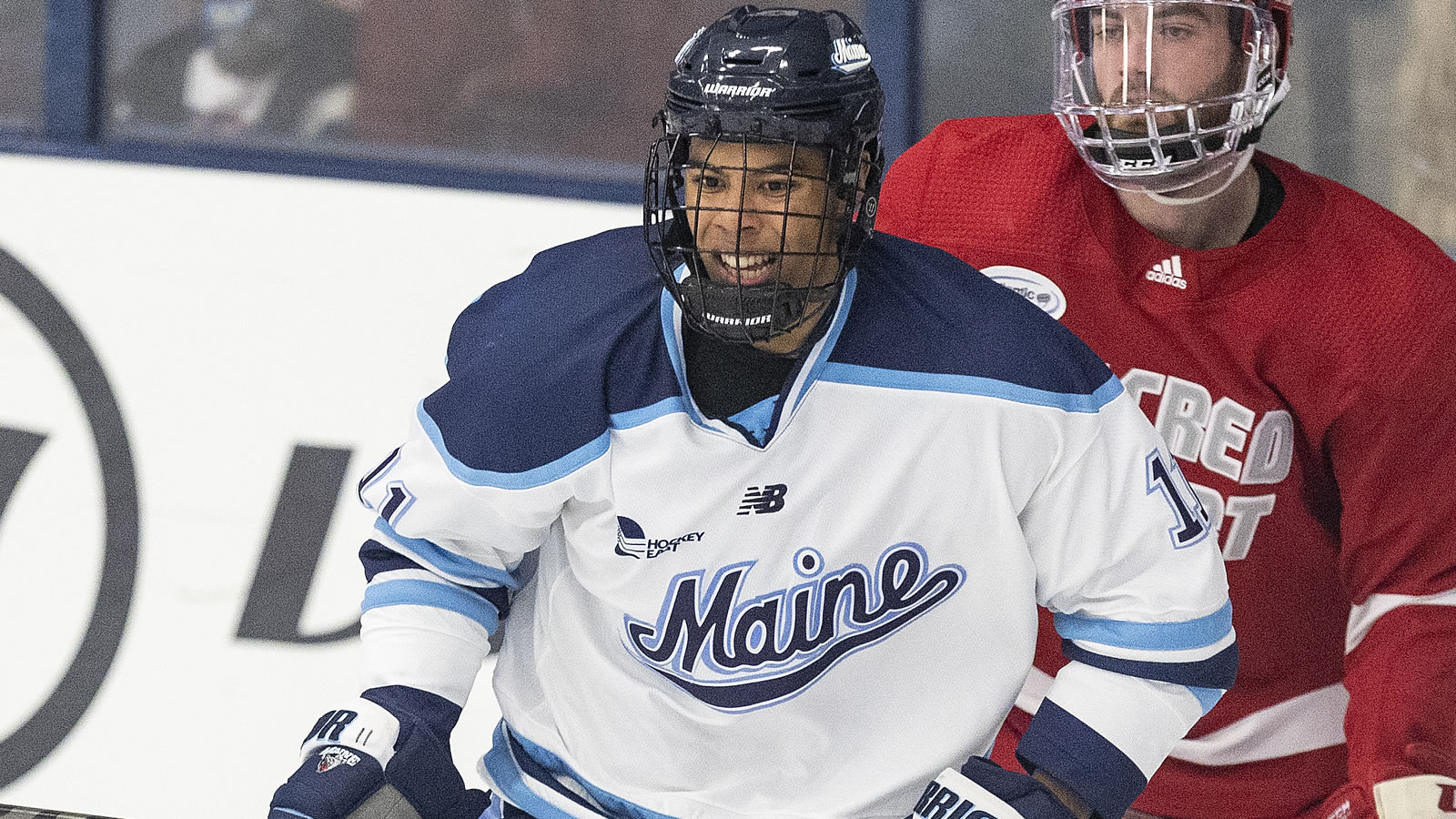 CHESTNUT HILL, Mass. -- The University of Maine men's ice hockey team tied the #19 Boston College Eagles, 2-2, in regulation before winning the shoot-out, 2-1, on Friday evening in the Conte Forum.

First Goal (1-0 #19 Boston College): With a nifty pass from behind the Maine net, Jack St. Ivany grabbed a very early 1-0 lead for the Eagles. Marc McLaughlin played the puck into open space. St. Ivany filled that open space and found the back of the net. 1:20 into the Friday night series finale, Maine trailed by a score of 1-0.

Second Goal (1-1): With just over eight minutes left in the second period, Lynden Breen tied the Friday night Hockey East bout. Dawson Bruneski started the rush with a full head of steam. The defenseman left the puck and set a natural screen. Breen took full advantage of the Eagles' goaltender's obstructed view and tied the game at one goal for each side.

Third Goal (2-1 Maine): Early in the third period, Donavan Villeneuve-Houle gave the Black Bears a 2-1 lead. Jakub Sirota flicked the puck ahead to Houle. The sophomore played tic-tac-toe with Lydnen Breen. Breen's final pass gave Houle a beautiful look at the net. 3:41 into the period, the Black Bears held a lead.

Fourth Goal (2-2): With no Maine player in sight, Patrick Giles evened the Hockey East contest at two goals apiece. The forward found his way through the Black Bears' defense and received a long pass from Eamon Powell. Victor Ostman did all he could, but the Eagles evened the game halfway through the final period.

After a scoreless overtime period, the Black Bears won the shoot-out, 2-1. Brad Morrissey and Donavan Villeneuve-Houle both scored in the shoot-out, while Victor Ostman only allowed one goal.

Tim Gould made his collegiate debut for the Black Bears.

Breen and Villeneuve-Houle both found the back of the net, as Dawson Bruneski, Jakub Sirota, and Breen all dished out assists.

Maine went 0 for 1 on their power play opportunities, as the Eagles were 0-1 on its player advantages.

The Black Bears blocked 11 shots and won 31 face-offs as a team.

Maine returns to the ice next Saturday, November 27 at the Cross Insurance Arena in Portland, Maine. Puck drop against UMass Lowell is scheduled for 5:00 pm.