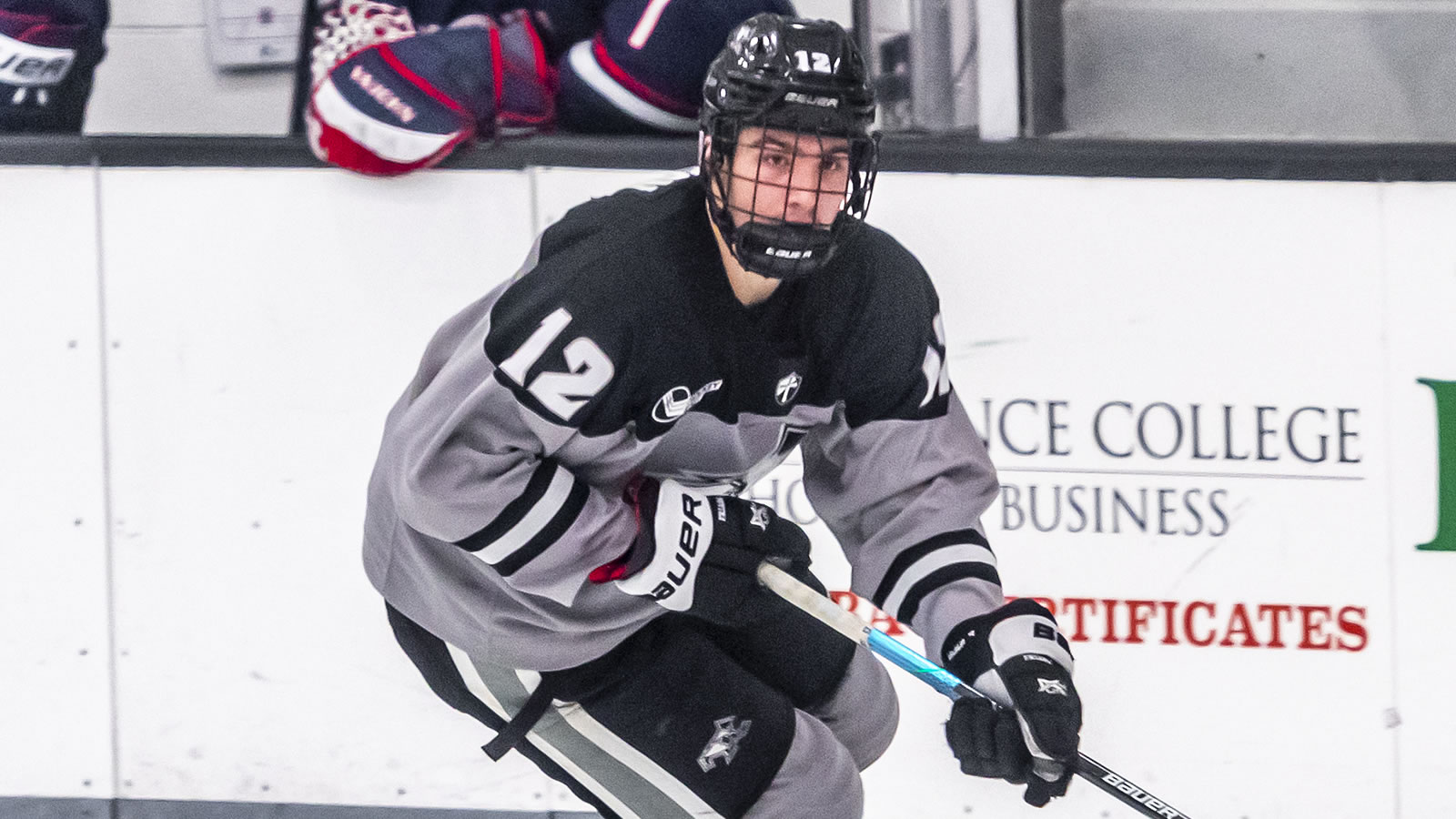 PROVIDENCE, R.I. - Nick Poisson registered his second four-point game of the season and six different Friars found the back of the net as the No. 12/13 Providence College men's hockey team downed UConn, 6-4, on Saturday night at Schneider Arena.

- Kohen Olischefski got things started with his fourth tally of the year at 5:12.

- Jarrod Gourley knotted things up for the Huskies just 6:17 later with his first goal of the year.

- Parker Ford cashed in on the power play 1:21 later to regain the lead for the Friars. Nick Poisson and Michael Callahan assisted on the play.

- Late in the first period. Matt Koopman banked a shot off of Hanson from behind the goal line for his first of the season to give the Friars a 3-1 lead.

- After tremendous work by Stauber to kill a 5-on-3 advantage for the Huskies in the second period. Max Crozier one-timed a feed from Poisson from the point on the power play to make a 4-1 Providence lead.

- UConn battled back, drawing within 4-3 after goals from Ryan Tverberg and Jonny Evans.

- Jamie Engelbert gave the Friars some insurance as he beat Hanson on the short side during an odd-man rush at 13:18 of the third period for his third of the season.

- Brett Berard notched his team-high eighth goal of the year with a power-play tally at 15:32.

- UConn's Nick Capone capped the scoring with his third goal of the year at 16:37 of the third period.

- All four of Poisson's assist were primary assists.

- Providence scored at least six goals in a game for the fourth time this season.

- Engelbert, Callahan and Crozier also finished with two points each.

The Friars will travel to Vermont next weekend for a two-game set against the Catamounts beginning Friday night at Gutterson Fieldhouse.