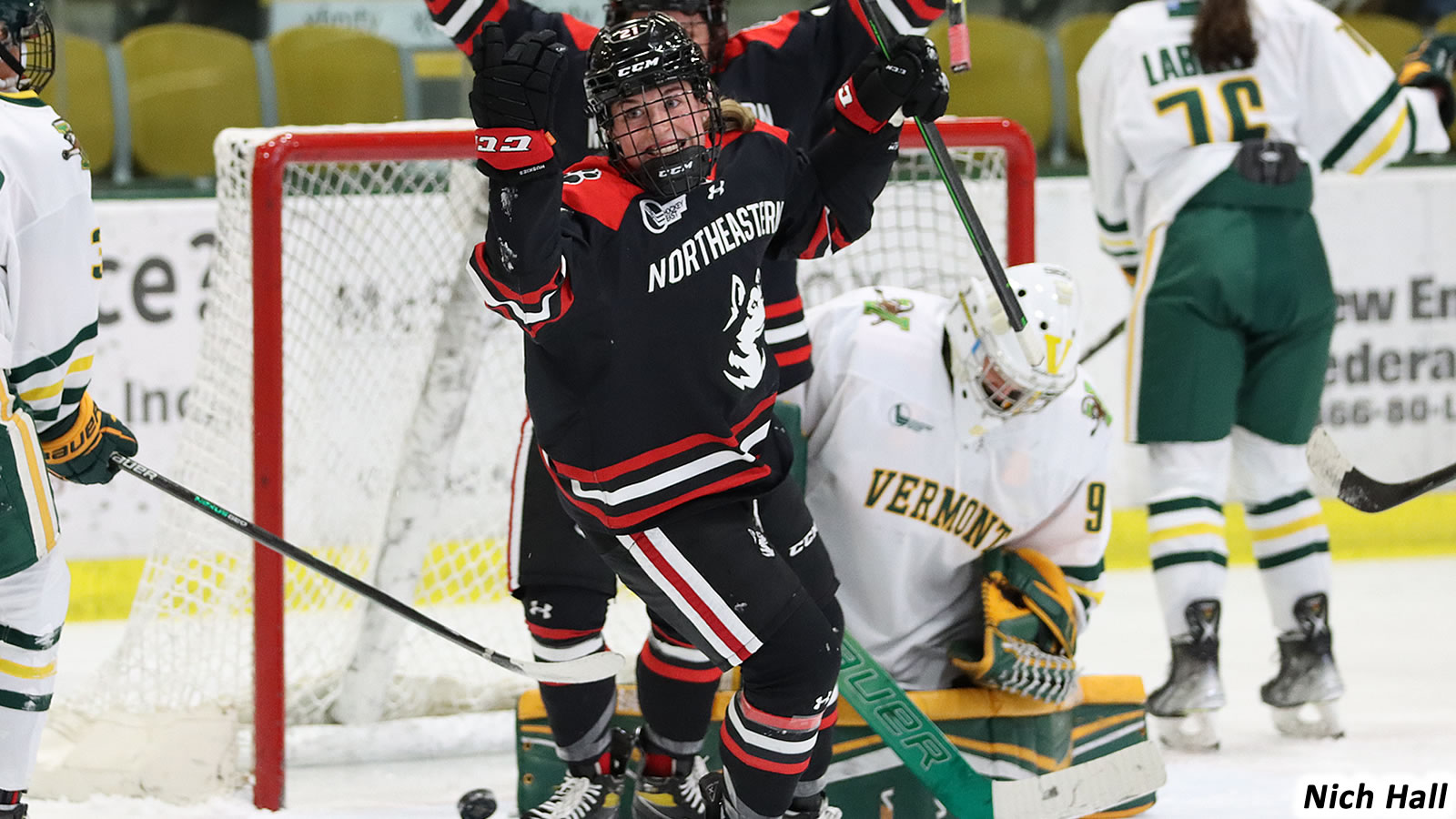 BURLINGTON, Vt. - Graduate student Aerin Frankel posted her fourth shutout of the season making 26 saves, and three different Huskies found the back of the net as the no. 4-ranked Northeastern women's ice hockey team (9-2-1, 8-2-1 Hockey East) took down Vermont (4-5-1, 2-2-1) on Friday evening at Gutterson Fieldhouse, 3-0.

- Brooke Hobson (3) opened up the scoring 12:04 into the first period from with a shot from the left faceoff circle, assisted by Skylar Fontaine and Maureen Murphy. Her goal would count as the eventual game-winning goal.

- Murphy (10) would then get a chance of her own just over three minutes later, with Hobson on the primary assist, and Alina Mueller on the secondary.

- The Huskies found themselves up 3-0 under 60 seconds later as Megan Carter (2) fired a shot towards the net that was deflected in by a Vermont Catamount.

- Frankel's four shutouts are the second-most in the nation so far this year.

- Fontaine is now on a four-game points streak with one goal and seven assists. It's the second-longest point streak by a Husky this season.

The two teams will face off again Saturday, November 13th at 3pm at Gutterson Fieldhouse on CollegeSportsLive.