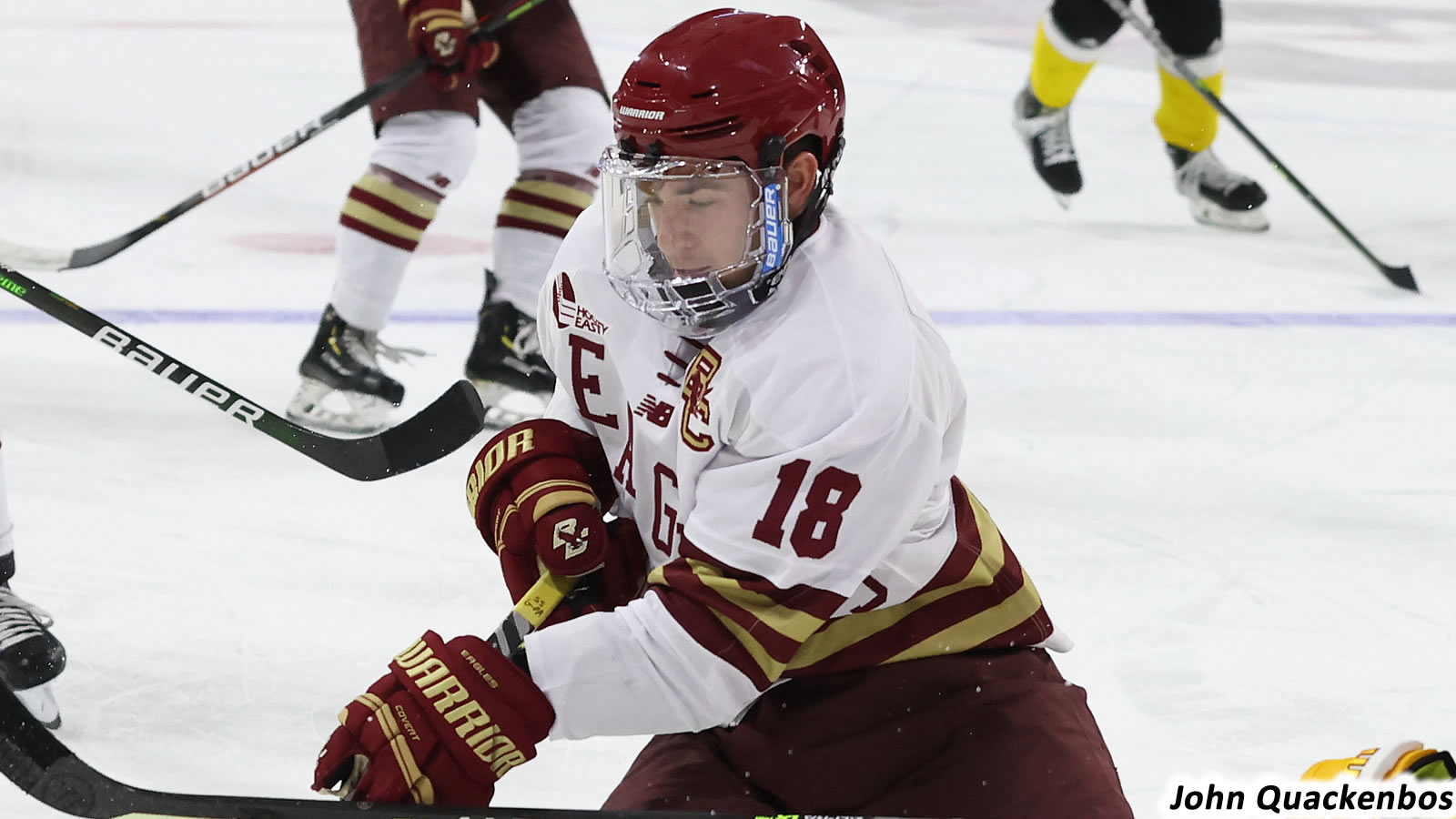 Drew Helleson and Brandon Kruse each netted his second goal of the year in the victory, while Eric Dop posted his third win as an Eagle with 23 saves.

Posma registered his first collegiate goal on his first shift of the contest as the freshman deked backhand on a left wing net drive to slip the puck under the pads of Zachary Borgiel (31 saves).

With less than a minute left in the opening frame, Helleson doubled the lead on the power play as he buried a one-timer from Jack St. Ivany blocker side from the top of the left circle. Both veteran defensemen collected their eighth points of the season on the play.

Boston College dominated the second period with a 20-2 shot advantage and nearly added to the lead on its fourth power play chance with five shots during the two-minute stretch.

Seconds after killing off a Merrimack power play in the third, the Eagles extended their lead when a Warrior defensemen lost an edge skating out from behind the net. Nikita Nesterenko slipped a pass to the right post for Kruse to finish off a 2-on-0 down low for his second of the year.

Mac Welsher drew a goal back for Merrimack with 4:52 left in regulation to end Dop's shutout bid, but Patrick Giles secured the win with an empty-netter from his own zone at 18:32.

The schools close the home-and-home on Saturday afternoon at 4 p.m. in Chestnut Hill.