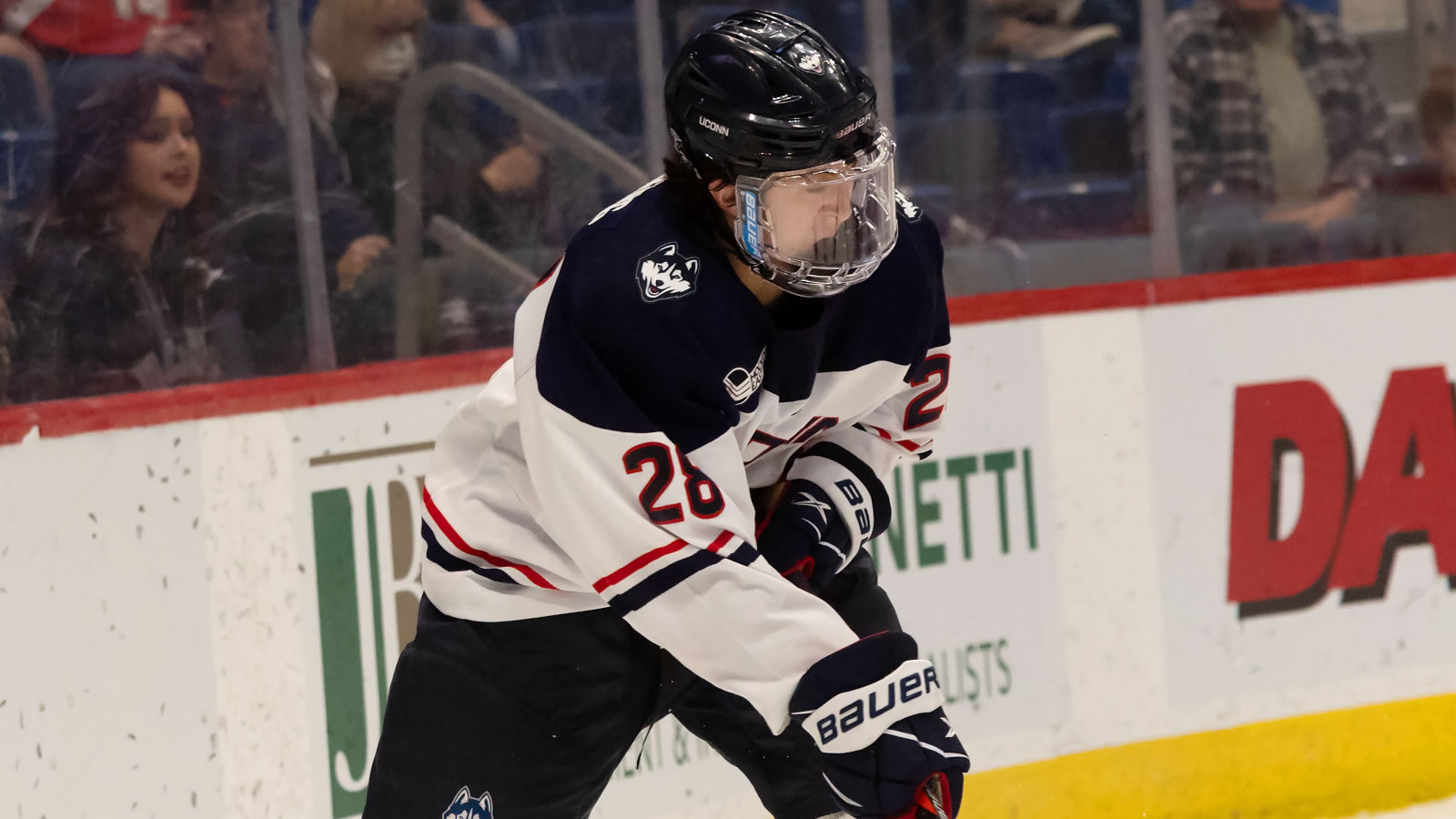 HANOVER, N.H. - After a scoreless first two periods Saturday night at Thompson Arena, UConn put four on the scoreboard in the third on their way to a 4-1 win at Dartmouth in a non-conference match-up.

The Huskies were dominant in the offensive zone, holding a 38-13 edge on shots but couldn't solve Dartmouth netminder Clay Stevenson until the third period. After Firstov's go-ahead goal at 14:03, the Huskies tacked on empty net goals from senior Marc Gatcomb (Woburn, Mass.) and sophomore Ryan Tverberg (Richmond Hill, Ontario).

UConn killed off three Dartmouth power plays, including a 5-on-3 chance in the second period, but the Huskies came up empty on seven extra-man chances. Grad student Darion Hanson (East Bethel, Minn.) needed to make just 12 saves to earn the win.

The Huskies outshot Dartmouth 10-6 in the first but went 0-for-2 on their power play chances to end the period scoreless.

UConn held a 14-2 edge on the shot chart but again came up empty and were forced to kill off a 5-on-3 chance for the Big Green. The Huskies got a call late in the period that set up their fourth power play but came up empty, leaving them with 51 seconds of power play time left to start the third period.

Just as the Dartmouth penalty expired, the UConn offense finally found the back of the net. Turnbull took a feed from senior Ryan Wheeler (Lancaster, N.Y.) circling back into the right circle and smoked a wrist shot to the far post, top-shelf for his first of the season and a 1-0 lead 57 seconds in the period.

Dartmouth struck back at 4:15 as Joe Musa tied the game up, scoring off a feed in the slot from Jeff Losurdo, his second on the year.

UConn killed off one more penalty just over midway through the third and from there found the winning goal. Tverberg chipped a puck up to sophomore Artem Shlaine (Moscow, Russia) along the right board, who spun and dumped to Fristov coming into the zone to spring him all along on Stevenson. The junior forward buried his chance, glove side, for a 2-1 lead on his fourth of the season.

Dartmouth pulled their goaltender for the extra attacker with just over three minutes left and the Huskies made them pay, tacking on empty net goals by Gatcomb at 17:54 and Tverberg at 19:02 to seal the win.

The Huskies close out their seven-game road swing next weekend with a pair of Hockey East games up at Maine on November 5-6.