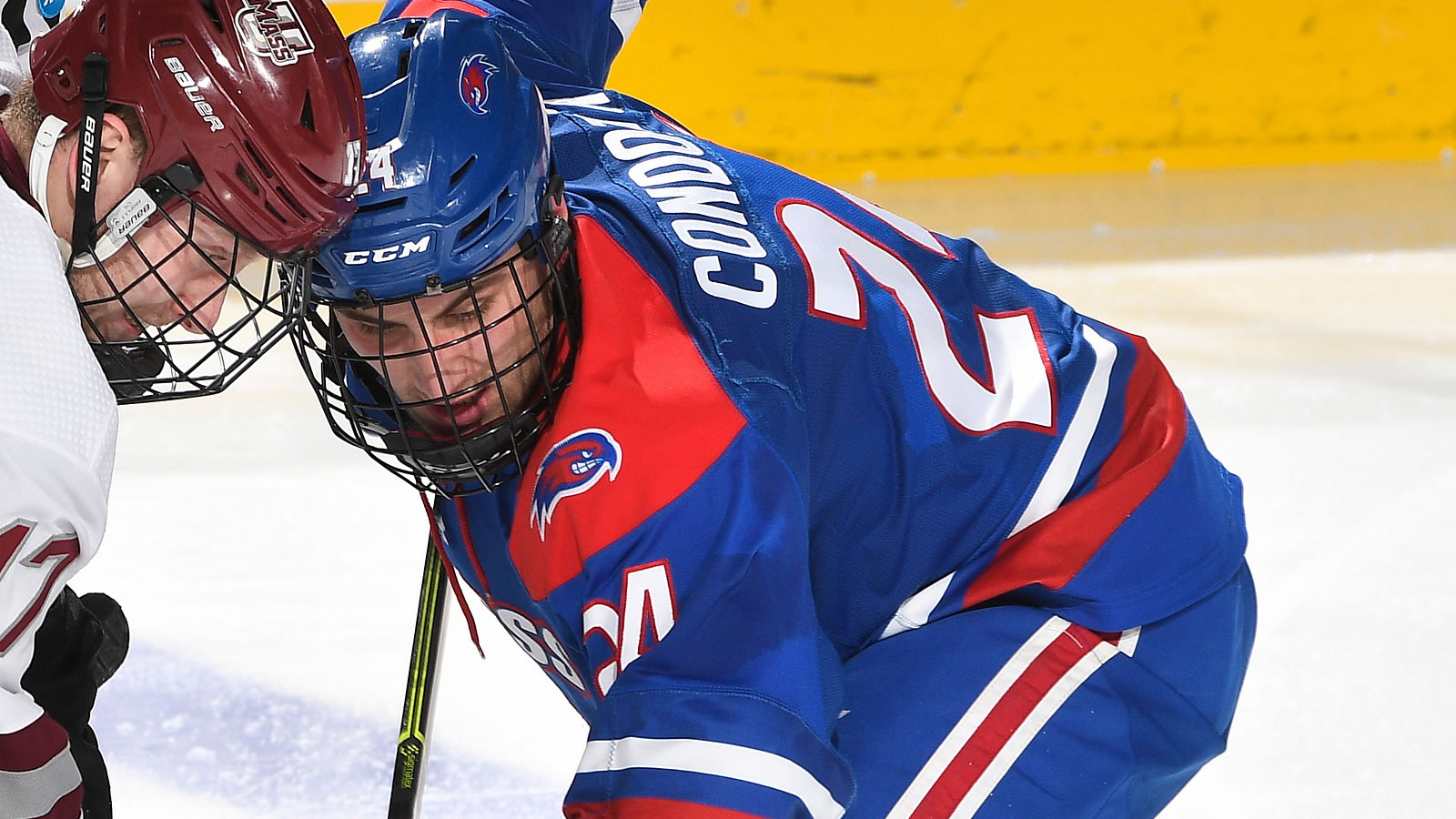 "I thought it was a good hockey game. I thought both teams had a little less in the tank than they did last night. But, whenever you get two wins in the same weekend against a Hockey East opponent, you've got to enjoy it," commented Head Coach Norm Bazin following the win.

Senior Owen Savory (Cambridge, Ontario) continued his standout weekend in the net for the River Hawks, stopping 19 of the Terriers' 20 shots. In total, Savory finished with 48 saves in the two-game series while allowing just one goal.

"I thought goaltending was good. I thought that shorthanded goal came at a good time. We certainly like the way the game ended," remarked Bazin.

Firing off several grade A chances, the River Hawks dominated possession off the opening draw, outshooting the Terriers 14-3 through the first period. The relentless pressure from the eager UMass Lowell offense eventually broke through BU with just 1:28 left in the frame. Collecting the feed from Austin, Meehan sent in a long-range rocket that snuck in over the glove of BU's Drew Commesso to send the River Hawks to the first break with the 1-0 lead.

After a relatively quiet start to the second period, the Terriers earned a major opportunity to equalize the score late as the River Hawks went on the penalty kill with 15:12 on the clock. With just under a minute to go in the extra-man chance, Condotta pressured BU's Nick Zabaneh and poked the puck out of his control and into the neutral zone. The Ontario native then broke away from the pack, grabbing the assist from Armstrong-Kingkade and launching in the shot for a 2-0 lead heading into the third.

Looking to change momentum, the Terriers pulled Commesso in favor of the extra-attacker as time ticked away in the third frame. A lucky break for BU gave Case McCarthy the chance to halve the River Hawks score with just 1:35 left in the action, but strong work by the UMass Lowell blueline staved off the visitors to lock in the 2-1 victory.

The River Hawks face a quick turnover following their conference opener, as they prepare for a mid-week matchup with Long Island University on Wednesday, Nov. 3 at the Tsongas Center. Puck drop for the nonconference showdown is set for 7 p.m.