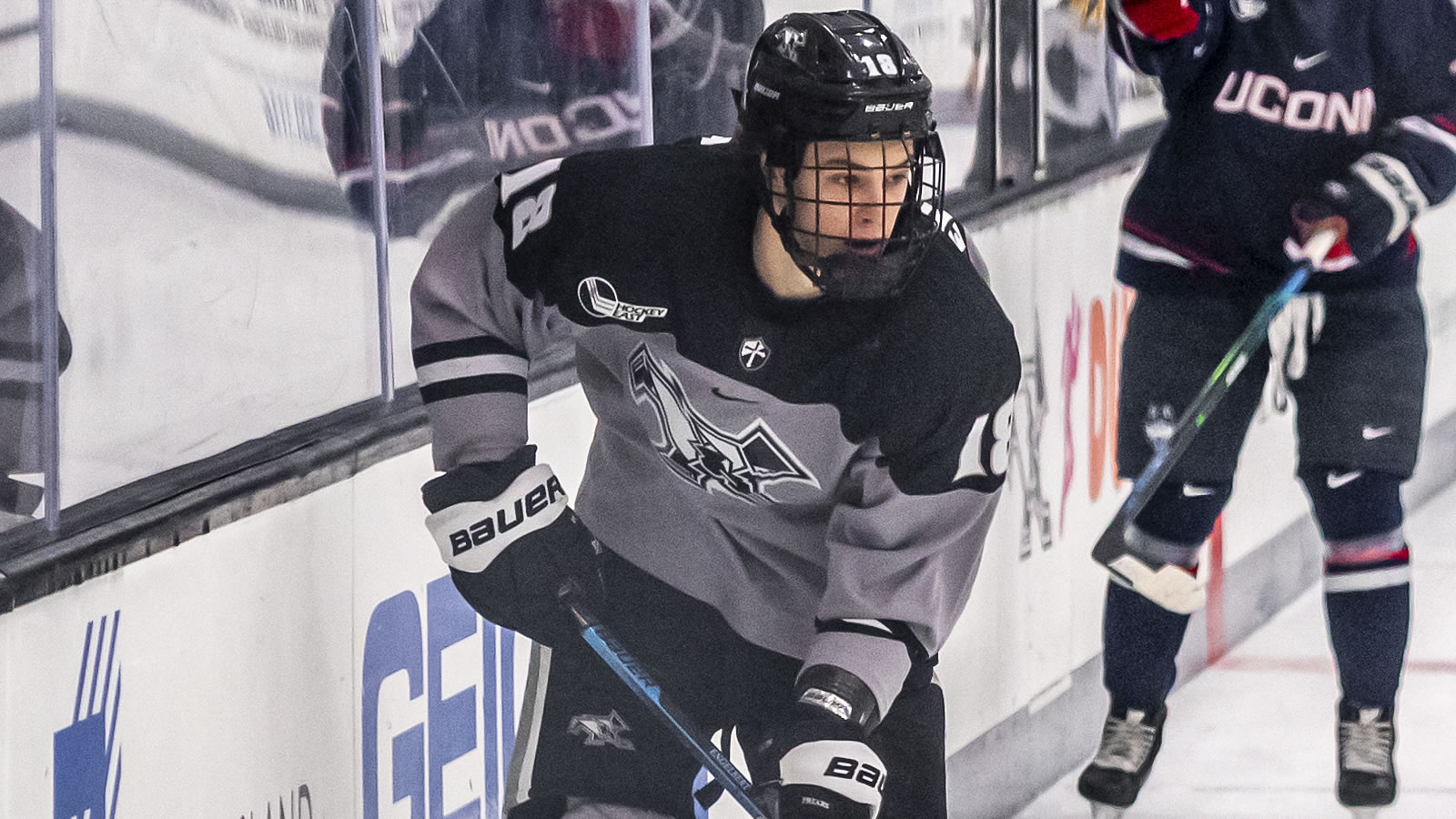 PROVIDENCE, R.I. - Riley Duran and Jamie Engelbert each recorded two points, while six different players found the back of the net as the No. 8 Providence College men's hockey team improved to 3-0 in Hockey East play with a 6-1 victory over New Hampshire on Friday night at Schneider Arena.

-Michael Citara put the Friars on the board, 1-0, at 4:31. Off a pass from Guillaume Richard, the freshman drove to the net and beat Robinson to the far post for his first collegiate goal.

-Brett Berard found the back of the net off a turnover, giving the Friars a two-goal cushion less than two minutes later. Berard was unassisted on his seventh goal of the season.

-The Friars outshot the Wildcats 8-6 in the opening 20 minutes and carried their 2-0 lead into the first intermission.

-Kohen Olischefski extended the Friars lead to 3-0 in the opening 41 seconds of the second period. Olischefski was assisted by Mike Callahan and Jamie Engelbert on his third goal of the season.

-New Hampshire's Eric MacAdams earned a 10-minute misconduct at 10:01 of the second period.

-Riley Duran cashed in on a turnover just 30 seconds later to make it 4-0 at 10:31. Duran finished off a turnover in front of the Wildcats' net for his second tally of the season.

-The Friars increased their lead to 5-0 with a goal from Max Crozier at 11:39. Matt Koopman fed the puck to Crozier who's deflected off a UNH defenseman and over Fessenden's shoulder. Cam McDonald also earned an assist on the play.

- Jamie Engelbert made it 6-0 for the Friars at the 17:51 mark of the second period. Engelbert finished off a tape-to-tape pass from Duran on a odd-man rush. The goal served as the second point of the night for both Engelbert and Duran.

-New Hampshire scored their lone goal at the 8:41 mark of the final period, 6-1, by Luke Reid. Reid was assisted by Ryan Verrier and Jackson Pierson.

-Jaxson Stauber finished the night with 20 saves over 51:40 in net, including 11 saves in the second period.

-The Friars extended their winning streak over the Wildcats to five games.

The Friars will travel to Durham, N.H. tomorrow, Saturday, Oct. 30, for their third straight game against the Wildcats. Puck drop is set for 7 p.m.