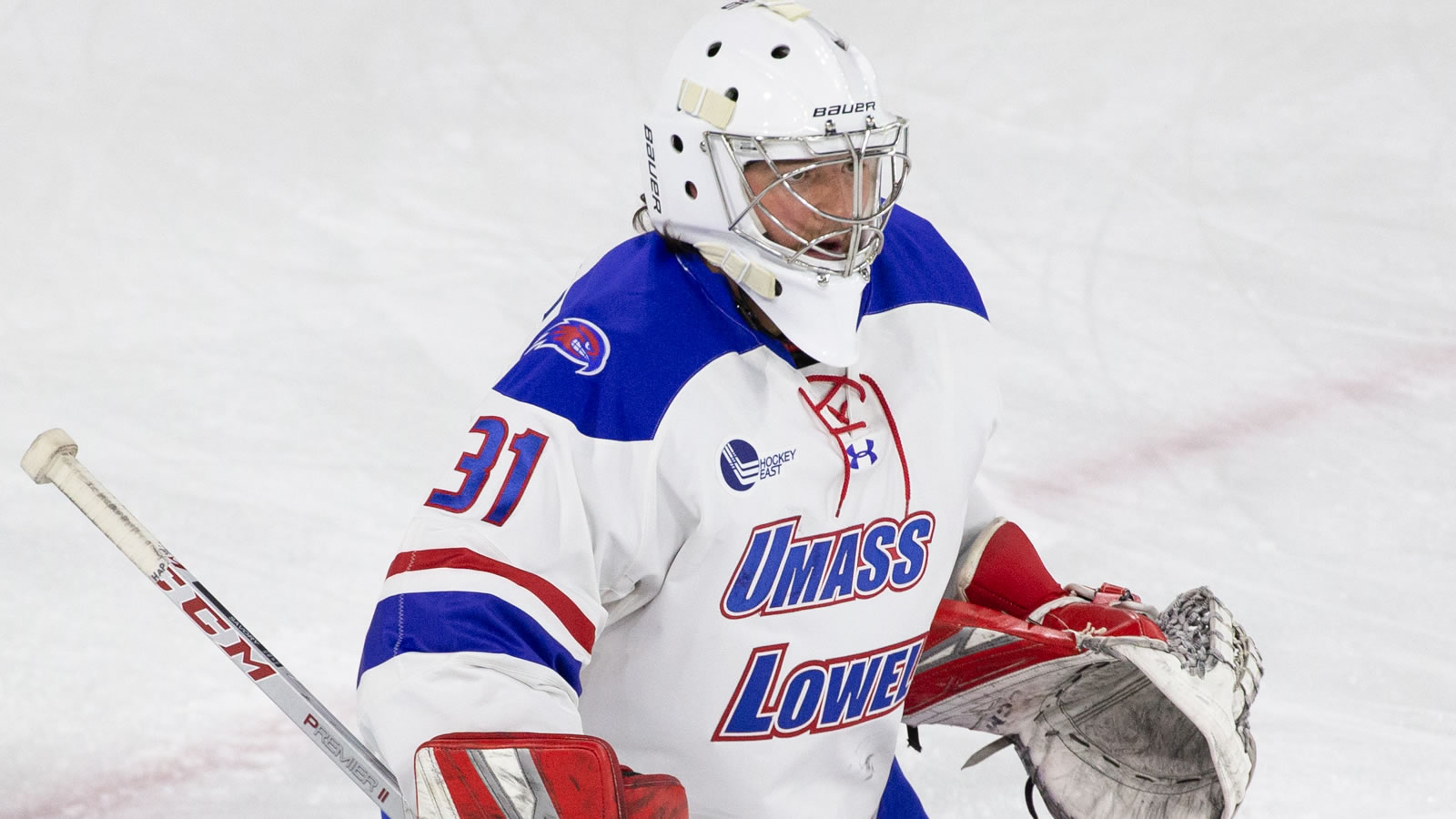 Lee's two goals spearheaded the River Hawks' offensive domination over the Terriers in the road battle. The Swedish forward capped off his multi-point outing with an assist on UMass Lowell's third goal of the night, scored by senior Reid Stefanson (Winnipeg, Manitoba). In addition to his second period tally, the alternate captain registered an assist on Lee's second goal of the night.

Between the pipes, senior Owen Savory (Cambridge, Ontario) backstopped the River Hawks to victory, saving 29 shots to earn his first shutout of the season and the second consecutive for the River Hawks.

"I certainly thought we had flashes of being a very good hockey team. We started off a little slow, things got better in the second period. I thought the third period was our best period," remarked Head Coach Norm Bazin following the shutout.

Despite an evenly matched battle through the first 20, the River Hawks lit the lamp first in the conference tilt. After the Terriers took a chance that bounced off the pad of Savory, Lee was quick to the draw, chasing down the puck and beating his defender. Going one-on-one with BU's Drew Commesso, Lee deked his way to the doorstep before popping the puck over the goaltender's shoulder to give the River Hawks the 1-0 advantage.

UMass Lowell continued to control both sides of the puck into the second frame. On defense, Savory remained unshakeable as he fended off a flurry of BU shots to make ten saves in the period.

Quick movement off the faceoff gave way to UMass Lowell's second of the night. Winning the faceoff, Stefanson pushed the puck out to classmate Jon McDonald (Livonia, Mich.), who waited on the exterior. McDonald then sent the pass across the crease to a well-placed and waiting Lee, who caught Commesso off guard with a close-range slapshot to push the River Hawks to a 2-0 lead in the second.

Looking to offset the River Hawks' scoring run, the Terriers charged up the ice with just over two minutes remaining in the period. Losing possession in the neutral zone, junior Carl Berglund (Hammaro, Sweden) corralled the puck back into the Terrier zone. Berglund then connected with a quickly advancing Stefanson, who tucked the shot through the five-hole to push UMass Lowell to a 3-0 margin heading into the second intermission.

Desperate to end their scoring drought, the Terriers peppered Savory with several shots throughout the third to no avail. The veteran netminder held solid to send the River Hawks back to Lowell with their first conference win of the year.

UMass Lowell looks to secure the sweep over BU tomorrow night in front of the home crowd at the Tsongas Center. Puck drop for the Saturday showdown is set for 6:05 p.m.