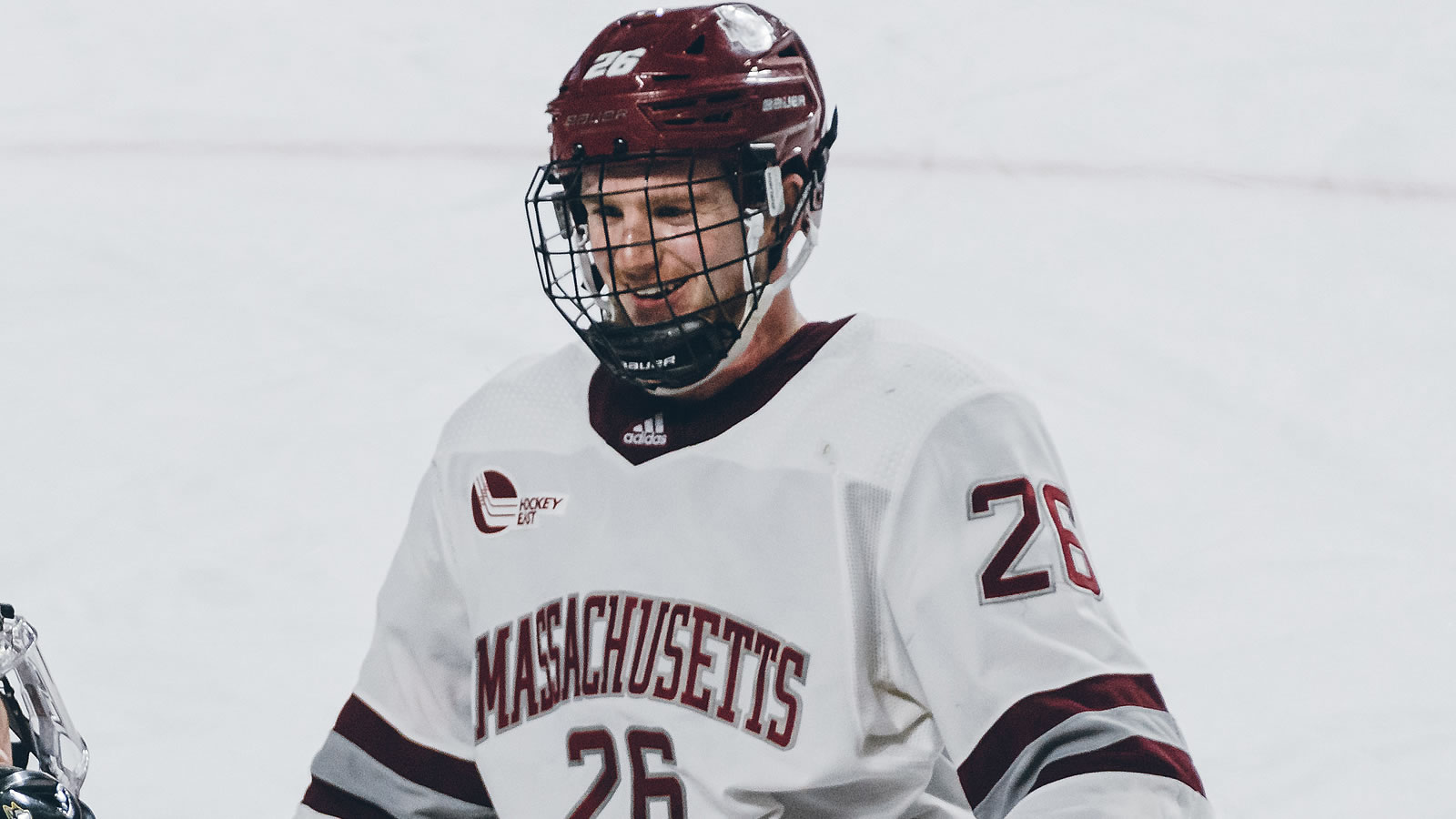 NORTH ANDOVER, Mass. - Senior Colin Felix's goal with less than five seconds to play in regulation lifted No. 12/10 Massachusetts Hockey to a 2-1 win over Merrimack on Friday night at Lawler Rink. The win moves the Minutemen to 3-2-0 on the season (1-0-0 HE), while the Warriors fall to 3-4-0, 1-3-0 in league action.

Senior Bobby Trivigno opened the scoring 9:06 into the first period as sophomore Josh Lopina found him at the back post with a feed across the slot. Felix picked up an assist on the play, as well.

UMass endured pressure from Merrimack in the second, killing off three penalties with two coming nearly back-to-back. Matthew Baker rung a shot off the crossbar with under eight minutes to go in the frame, the Minutemen's best chance of the period, but it remained a one-goal game going into the third.

At the 4:13 mark of the final stanza, Logan Drevitch tied things up at 1-1 for Merrimack, poking a wrap-around attempt past Matt Murray from Zach Vinnell and Ben Brar.

With the potential of overtime looming, Anthony Del Gaizo found Felix pinching in at the point and Felix sent a shot home through traffic with just 4.7 seconds left for the game winner.

UMass and Merrimack finished even in shots at 29 apiece, while the Minutemen were 0-for-4 on the power play but a perfect 3-for-3 on the penalty kill to extend their streak to 17 straight successful kills. Murray finished the night with 28 saves and his counterpart, Zachary Borgiel, made 27 stops for the Warriors.

The two teams will be back in action tomorrow night, October 30, with game two of the weekend series set for 7 p.m. at the Mullins Center.