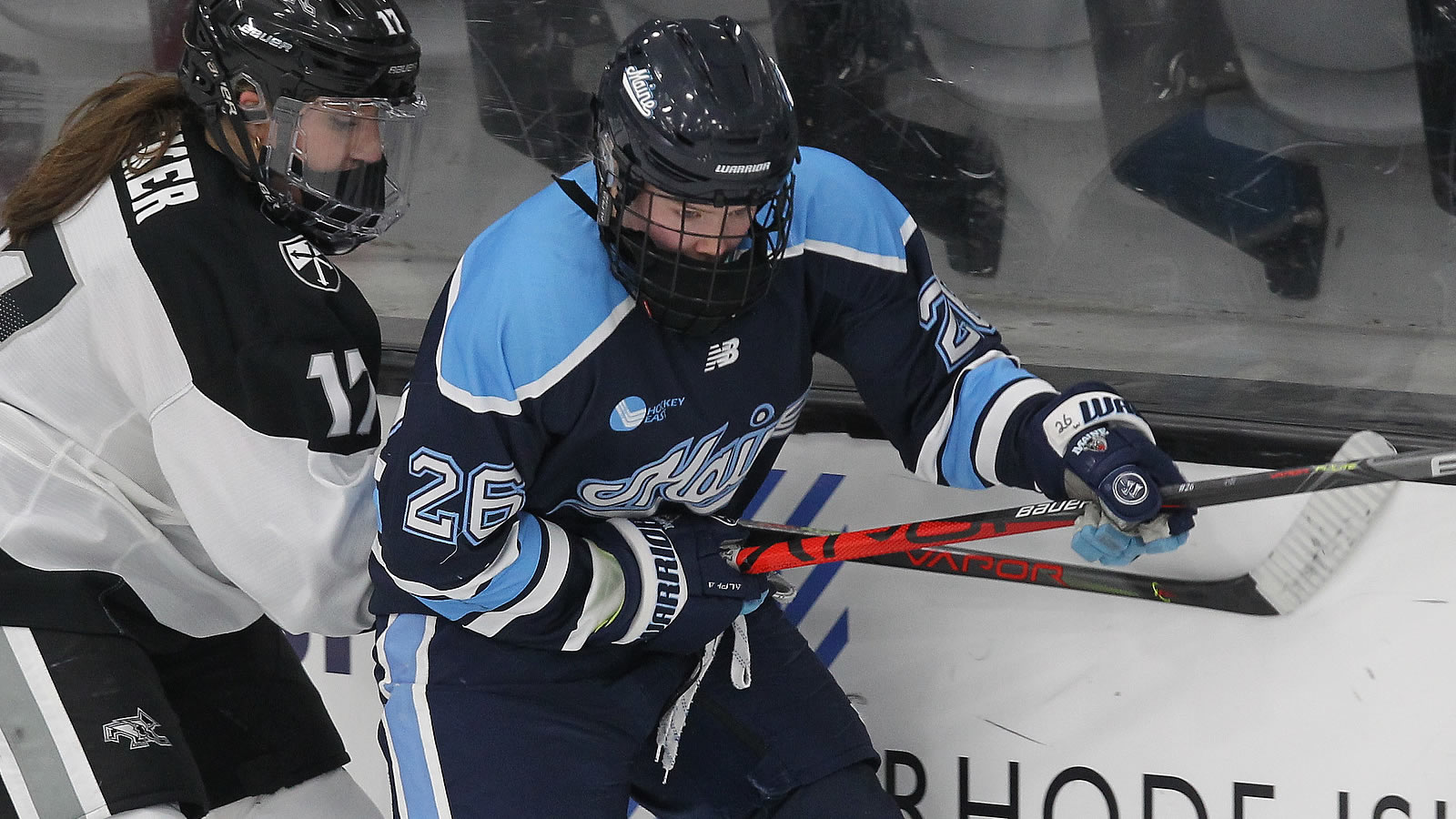 WORCESTER, MASS. - The University of Maine women's ice hockey team captured their first Hockey East win of the season as they defeated the Holy Cross Crusaders, 4-2.

FIRST GOAL (1-0 Holy Cross): Millie Sirum picked off of a pass coming from a Maine defender and shot it up and over the block of Loryn Porter to capture her 3rd goal of the season and the early lead for Holy Cross.

SECOND GOAL (1-1): Following a wide shot by Ally Johnson (3), Ali Beltz was in the perfect position to gather the shot off of the boards and tuck it in the net. The score was her first of the season. Ida Kuoppala (4) got the secondary assist.

THIRD GOAL (2-1 Maine): The Black Bears would keep the early momentum and find the back of net for the second time in the second period. Courtney Colarullo fired home a slap shot into the back of the net. The goal was her first collegiate goal. Morgan Trimper (2) and Ida Kuoppala (4, 2nd of the game) got credited with the assists.

FOURTH GOAL (3-1 Maine): The Black Bears found themselves firing three, high quality shots on the net. Celine Tedenby (4) fired the first, Ella MacLean (3) fired the second and then Alyssa Wruble connected on the 3rd shot and increased the Black Bear lead. For Wruble, it was her second score of the season.

FIFTH GOAL (3-2 Maine): Holy Cross crashed the net and buried home a point-blank shot against Porter. Darci Johal netted her second of the season to draw the Crusaders to within one. Lilly Feeney (2) and Grace Johnson (1) picked up the assists.

SIXTH GOAL (4-2 Maine): Ally Johnson nets her fifth of the season in the empty net shot to ice the game for the Black Bears with 11 seconds left in the game. Ali Beltz (3) picked up the assist.

Maine would pick up their first Hockey East victory.

Jada Brennon would stop 27 of 30 shots in the losing effort.

Loryn Porter stopped 32 of 34 shots in the victory, her first of the season.