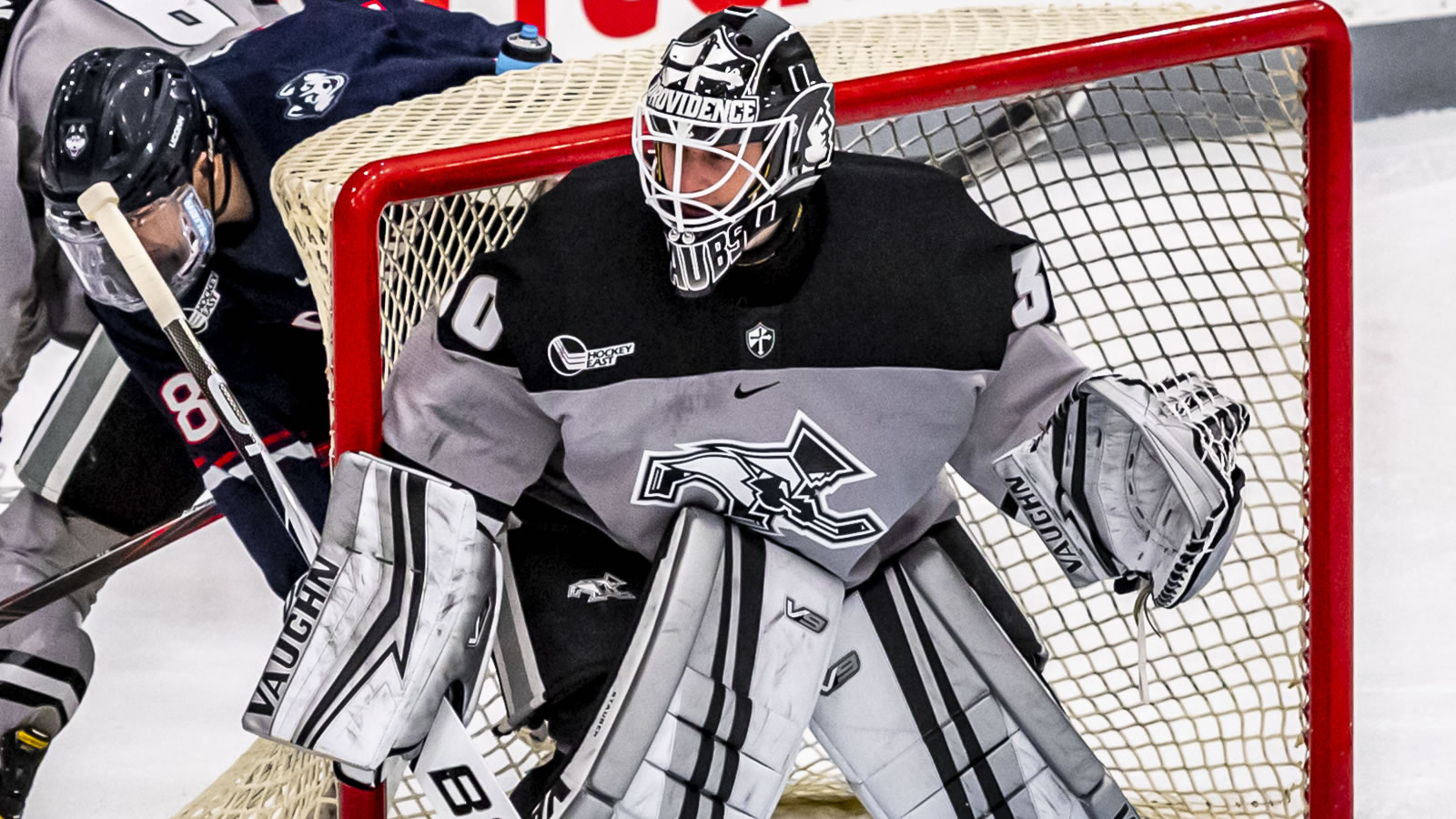 -Chase Yoder opened the scoring for the Friars with under five minutes remaining in the first period. Jamie Engelbert fed the puck to Yoder who tucked a backhander behind Robinson, serving as the sophomore's second goal of the season. Cam McDonald earned the secondary assist

-The Friars skated 5-on-3 for 1:03 early into the second period after UNH was whistled for a slash and too many men, but were unable to capitalize on the man-up opportunity.

-Kohen Olischefski cashed in on an odd-man rush with 3:43 remaining in the second period, extending the Friars lead to 2-0. Brett Berard and Uula Ruikka earned assists on the play.

- The Friars' improved to 2-0-0 in Hockey East play this season and have now won four-consecutive games on the road against the Wildcats.

- Stauber earned his first shutout of the season on the win and the fifth of his career.

- Berard has registered a point in all seven games this season and is tied for the team lead in scoring with 10 points.

The Friars will meet the Wildcats again next weekend for a home-and-home series. Providence will host UNH at Schneider on Friday, Oct. 29 before traveling back to Durham on Saturday, Oct. 30. Both puck drops are scheduled for 7:00 p.m.