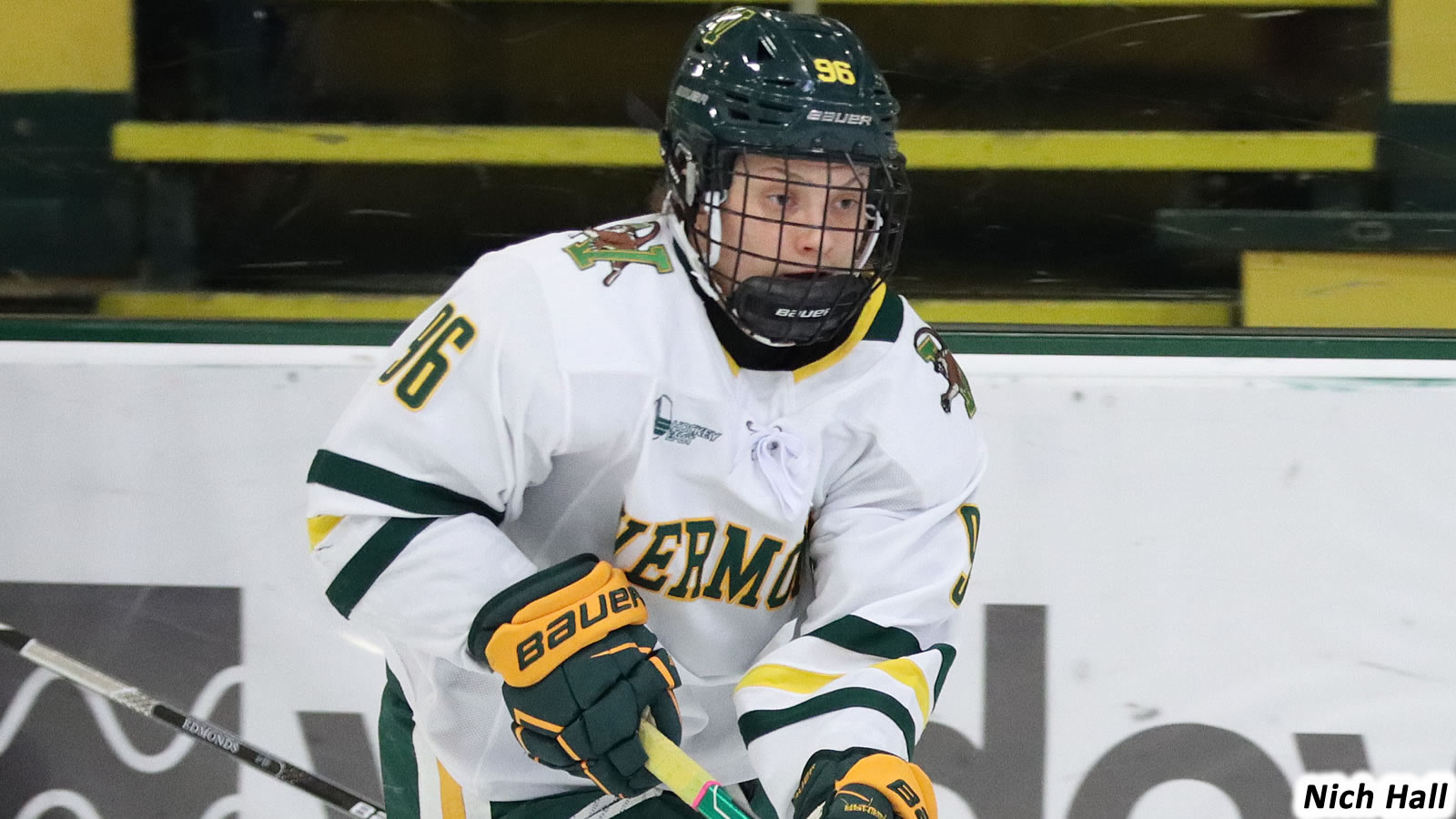 BURLINGTON, Vt. - Natálie Mlýnková scored a power play goal 7:16 into the third period lifting Vermont to a 2-1 win over Merrimack in Hockey East action Sunday afternoon from Gutterson Fieldhouse. With the win Vermont improved to 4-2-0 on the campaign and 2-0-0 in league play.

"I'm proud of this team for battling hard and getting the win," Head Coach Jim Plumer said. "This is a tough league and Merrimack played hard as I knew they would. We are still a work in progress but different people are stepping up at key times. Blanka Škodová had an outstanding weekend and it was great to see Reagan Miller chip in a key goal in her first game. Special teams were all excellent all weekend."

- Merrimack opened the scoring with 3:07 left in the first period on a fortuitous bounce in front of the Vermont net. Cutting down the wing Merrimack's Allison Reeb centered a feed that deflected off of her teammate Kiki Roust and in for her first goal of the season.

- Vermont equalized just 2:30 into the second period. First year Reagan Miller, making her collegiate debut this afternoon, scored her first career goal to tie things up. On the forecheck, Miller forced a turnover along the boards and Alex Gray gathered the puck moving towards the net. Gray passed back to Miller in the slot and she beat Merrimack's Emma Gorski with a quick wrist shot.

- The Catamounts scored the game-winner on their fourth power play opportunity of the game. Merrimack won a defensive zone faceoff and we're about to clear the zone when UVM's Maude Poulin-Labelle forced a turnover at the line. Lilly Humphrey quickly passed to Corinne McCool who slotted a pass to Natálie Mlýnková down low. From just above the crease Mlýnková redirected puck past Gorski for her third goal of the season.

- With 1:35 remaining in the contest Vermont's Sara Levesque was penalized for body checking. Merrimack pulled its goal for a six-on-four advantage. In the ensuing 95 seconds Vermont defenders blocked three shots and Škodová made five saves to preserve the win.

Vermont will head out on the road next weekend for the first time this season for two Hockey East contests. Vermont will face Boston University on Friday night at 6 p.m. and then UConn on Saturday afternoon at 4 p.m. All the action will stream live for free on CollegeSportsLive.com.