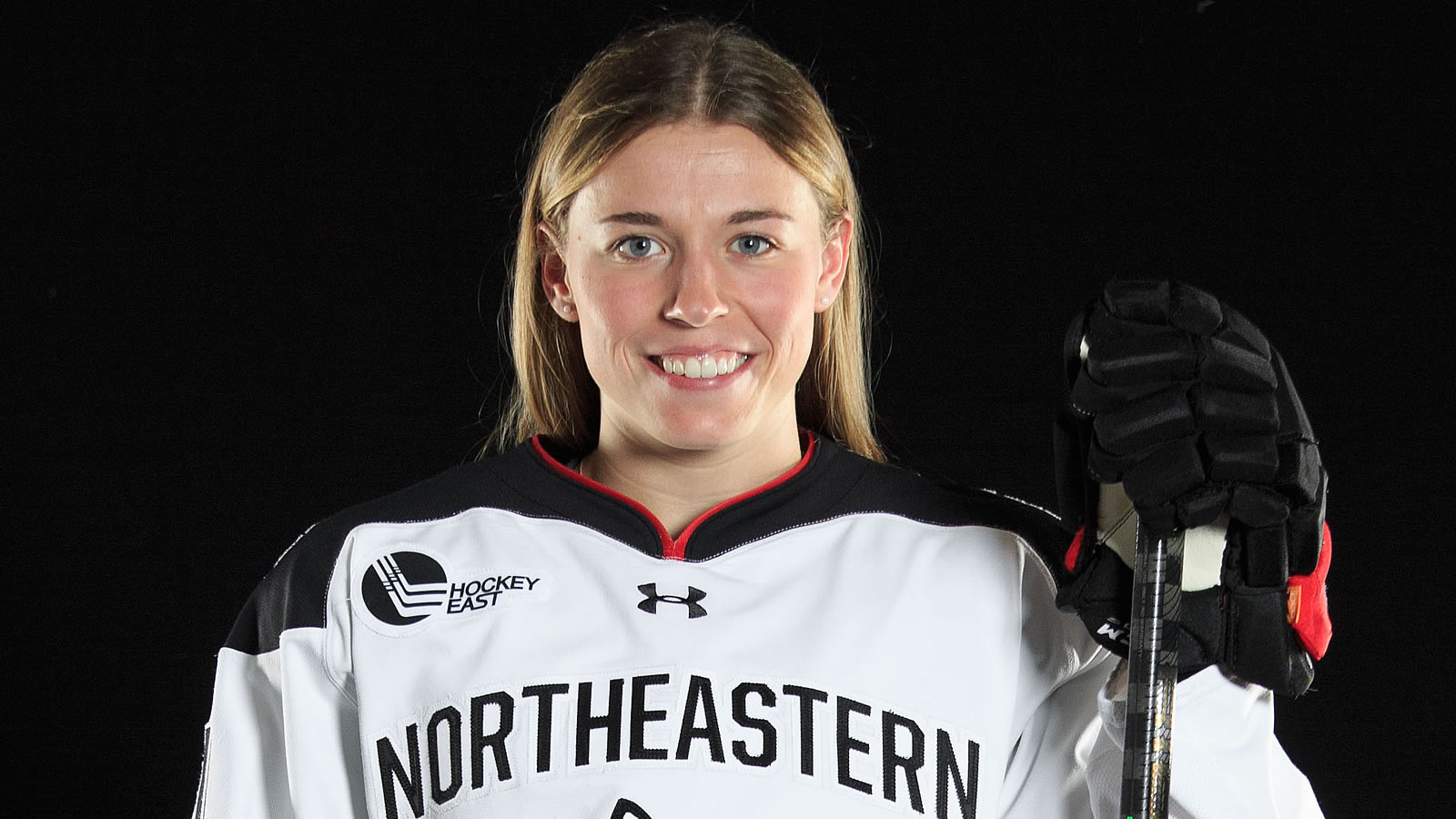 BOSTON - Senior forward Maureen Murphy tied the game in the second and junior forward Katy Knoll put in the game winner to lift No. 6 Northeastern women's hockey (5-2-0, 4-2-0 HEA) to a 3-1 victory over Holy Cross (1-7-0, 0-4-0 HEA) at historic Matthews Arena on Sunday afternoon.

- After giving up a goal in the first, a Huskies power play gave Murphy the opportunity to score her sixth goal on the year a minute into the second period. Assisted by graduate students Skylar Fontaine (4) and Maddie Mills (2), she tipped in Fontaine's shot and lit the lamp for her third power-play goal of the year, tying her for first in the country in that category.

- All knotted up in the third, Knoll broke the tie by burying a rebound attempt from graduate student defender Lauren MacInnis (2) with 8:16 left to play. It was Knoll's third of the season, which is tied for second-most on the team.

- In the final two minutes of the game, Murphy struck again, this time taking the puck from a Holy Cross skater and flipping it down the ice to score on an empty net for her seventh tally of the season.

- Murphy is the first Husky to have at least seven goals in the first seven games of a season since Kendall Coyne achieved the same feat in four games back in 2015.

- The Huskies generated plenty of chances all afternoon, outshooting Holy Cross 44-19 and converting on one of their two power plays.

- At the faceoff circle, the Huskies also dominated, winning the battle 29-10.

After just their second home game of the season, the Huskies will hit the road again as they travel to Chestnut Hill to take on crosstown rival No. 4/5 Boston College on Friday, October 29 at 6 p.m. in a home-and-home series next weekend.