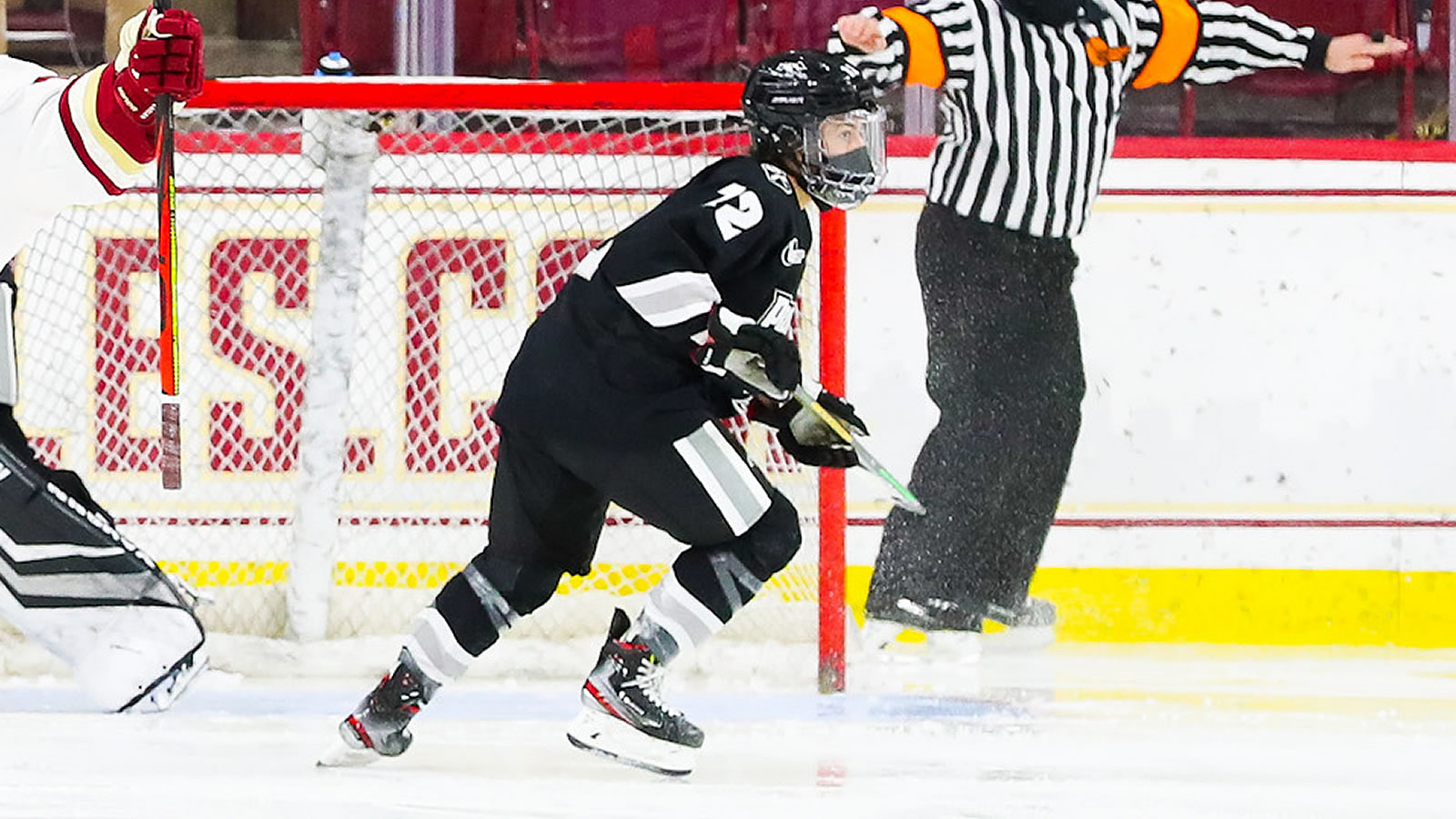 SCHENECTADY, N.Y. - The No. 9 Providence College women's hockey team defeated the Union College Dutchwomen, 2-1, in Schenectady, N.Y. on Friday. Oct. 22. The Friars trailed 0-1 through the first two periods but netted two in the final 20 to secure the win.

The Dutchwomen got on the board first with a power play goal after Lindsay Bochna (Toronto, Ontario) was whistled for a trip at 13:59. Maren Friday scored just 17 seconds later to grab a 1-0 lead.

Union carried the lead into the first intermission, despite the Friars outshooting the Dutchwomen 19-9 in the opening 20.

The second period was scoreless for both teams and Union carried their one-point lead into the third period.

The Friars earned their first power play of the night at 3:17 after Union's Emily King was sent to the box for interference. Claire Tyo (Massena, N.Y.) netted one for the Friars just 21 seconds later, tying things up at 1-1. Tyo was assisted by Lauren DeBlois (Lewiston, Maine) on her first goal of the season.

Freshman Lily Hendrikson (Edina, Minn.) scored the game winner for the Friars, 2-1, with just 3:04 minutes left to play. In addition to being the game-winner, the goal served as Hendrikson's first collegiate point. Hendrikson was assisted by Bochna and Ashlyn Garnett (Dartmouth, Nova Scotia).

Goaltender Mireille Kingsley (Sudbury, Ontario) earned her first career win tonight, as well as her first start. She recorded 17 saves on the night to help the Friars in their victory.

The Friars improve to 7-1-1 all-time against the Union Dutchwomen.