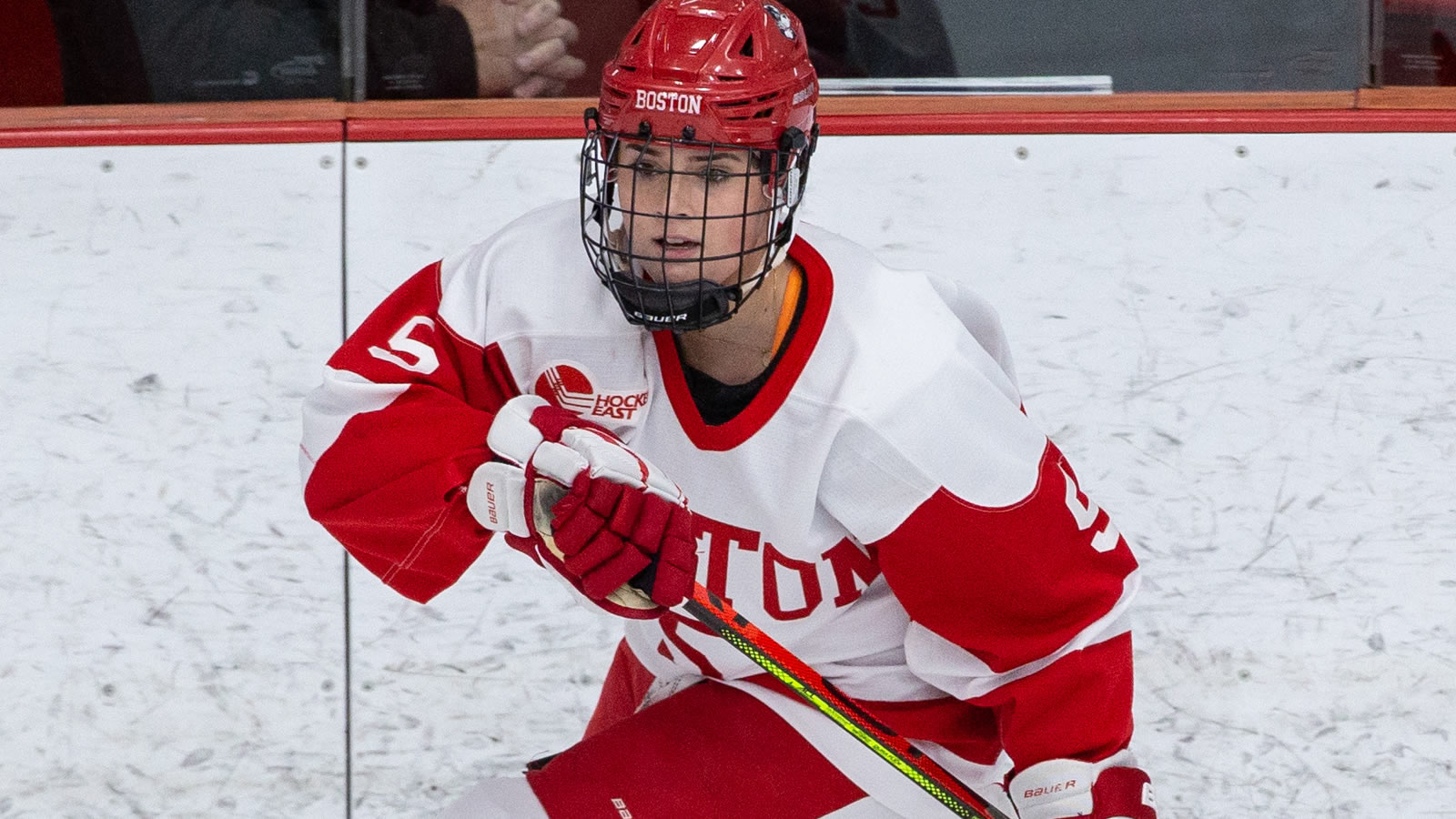 TROY, N.Y. - The Boston University women's ice hockey team erased a pair of one-goal deficits but a late power-play goal was the difference in a 4-2 loss at Rensselaer on Friday evening at Houston Field House.

Senior Courtney Correia and junior Julia Nearis provided the goals for the Terriers, who suffered their first loss of the season and now stand at 3-1-2 on the year.

- The Terriers dominated the early stages of the contest but were not able to strike first.

- After a deflection, the puck landed right in the middle of the slot, where RPI's Sarah Bukvic was there to pounce on it and put to the back of the net for a 1-0 lead at 14:46 of the first.

- BU did not waste time in manufacturing an equalizer though as Correia converted off a rush from the inside of the right circle at 16:21 on assists from Mackenna Parker and Madison Cardaci.

- The Engineers regained the lead just 2:20 into the middle period when Ellie Kaiser finished off a goalmouth scramble to make it a 2-1 affair.

- The Terriers made sure once again to not head into intermission with a deficit as Nearis created a 2-2 deadlcok with 2:22 to play in the middle stanza.

- Sophomore Julia Shaunessy won intercepted a puck dump in the BU zone and sent a perfect lead pass to Nearis, who created space for herself on the right side before blasting a shot past RPI netminder Amanda Rampado.

- A tripping call on Parker with 2:32 to play proved to be costly as RPI's Julia Blitz provided the game-winner on the ensuing power play.

- Mikayla Capelle added an empty-netter for the home team in the closing seconds to create the 4-2 final.

- BU came up empty on five power-play chances while RPI scored on its third and final opportunity the player advantage.

- Freshman Callie Shanahan made 20 saves in goal for the Terriers while Rampado recorded 24.

- WIth her goal, Nearis extended her point streak to 10 contests.

- The Terriers will stay in the N.Y. capital region and visit Union on Saturday (Oct. 23).

- Game time in Schenectady is set for 3 p.m.