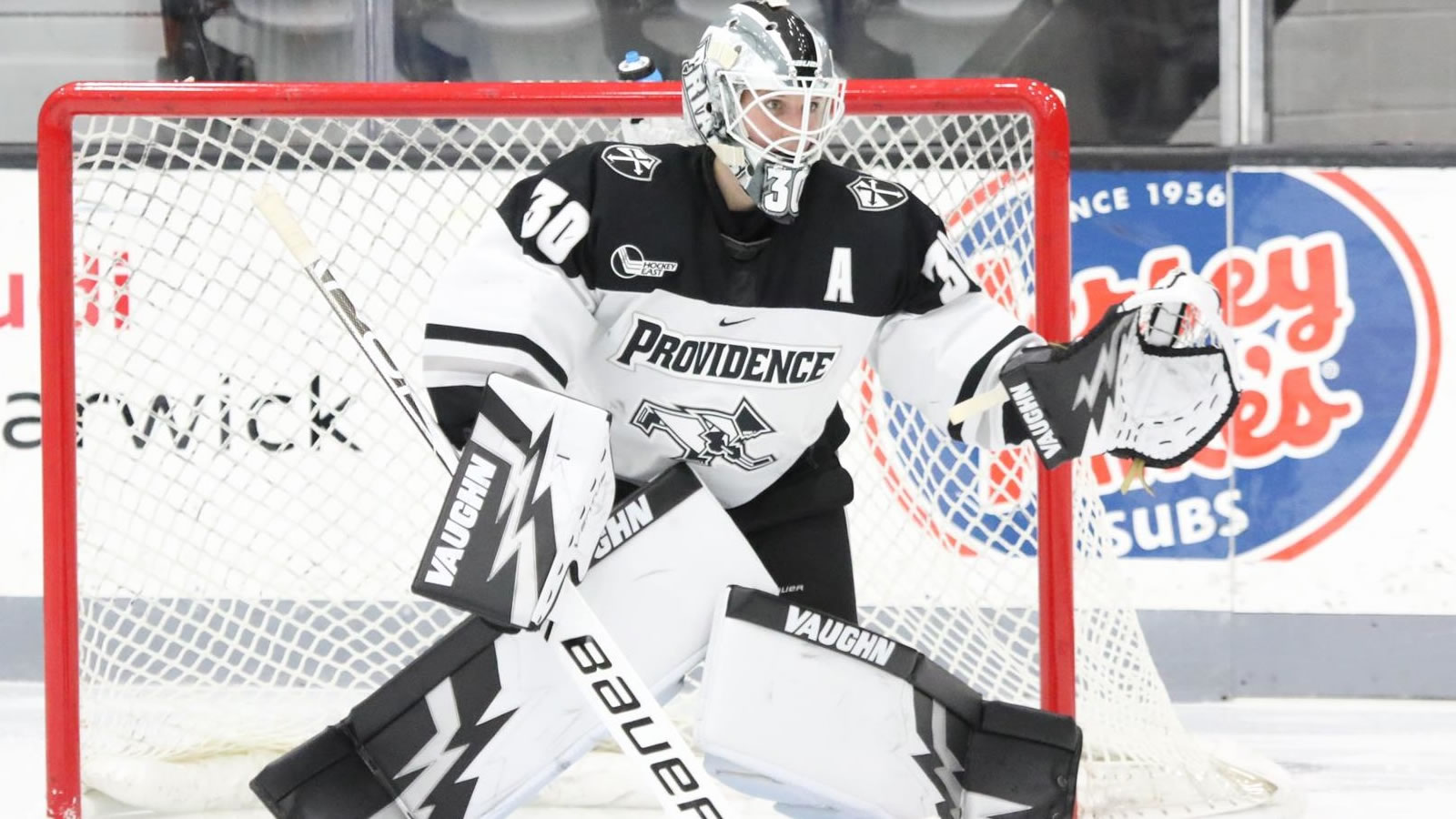 PROVIDENCE, R.I. - The No. 9 Providence College women's hockey team skated to thier second tie on the weekend series with No. 8 Quinnipiac, 1-1 on Saturday, Oct. 16 in Hamden, Conn.

Bailey Burton (Bloomington, Minn.) was awarded a penalty shot just 22 seconds into play after Quinnipiac was called for delaying the game. Burton's shot was stopped by Corinne Schroeder.

Both teams skated through the first 20 minutes scoreless. Sandra Abstreiter (Freising, Germany) recorded 11 saves as the Bobcats outshot the Friars, 11-6.

Hayley Lunny (Bedford, N.Y) put the Friars on the board, 1-0, at 6:21. The puck was shot from point by Lily Martinson (Allen, Texas) and Lunny tipped it in for the lead. Martinson's assist served as her first collegiate point as a Friar.

The Friar's lead was short-lived as the Bobcats tied it up, 1-1, just 1:04 later with a goal from Taylor House.

The teams skated through another scoreless period in the third. The Friars held a 13-6 advantage in shots. The Friars killed off a penalty in the last 3:11 of play after Martinson was whistled for a hook, sending the teams into their second overtime of the weekend.

Brooke Becker (Orchard Park, N.Y.) was called for slashing 3:11 into extra time. The Friars played man-down, 3-on-4, for the remainder of overtime. Providence made the kill and Abstreiter recorded five saves in overtime to keep the Bobcats off the board, ending the game in a 1-1 draw.

Next weekend the Friars will travel to Upstate New York as they face off against Union College on Friday, Oct. 22 and RPI on Saturday, Oct. 23.