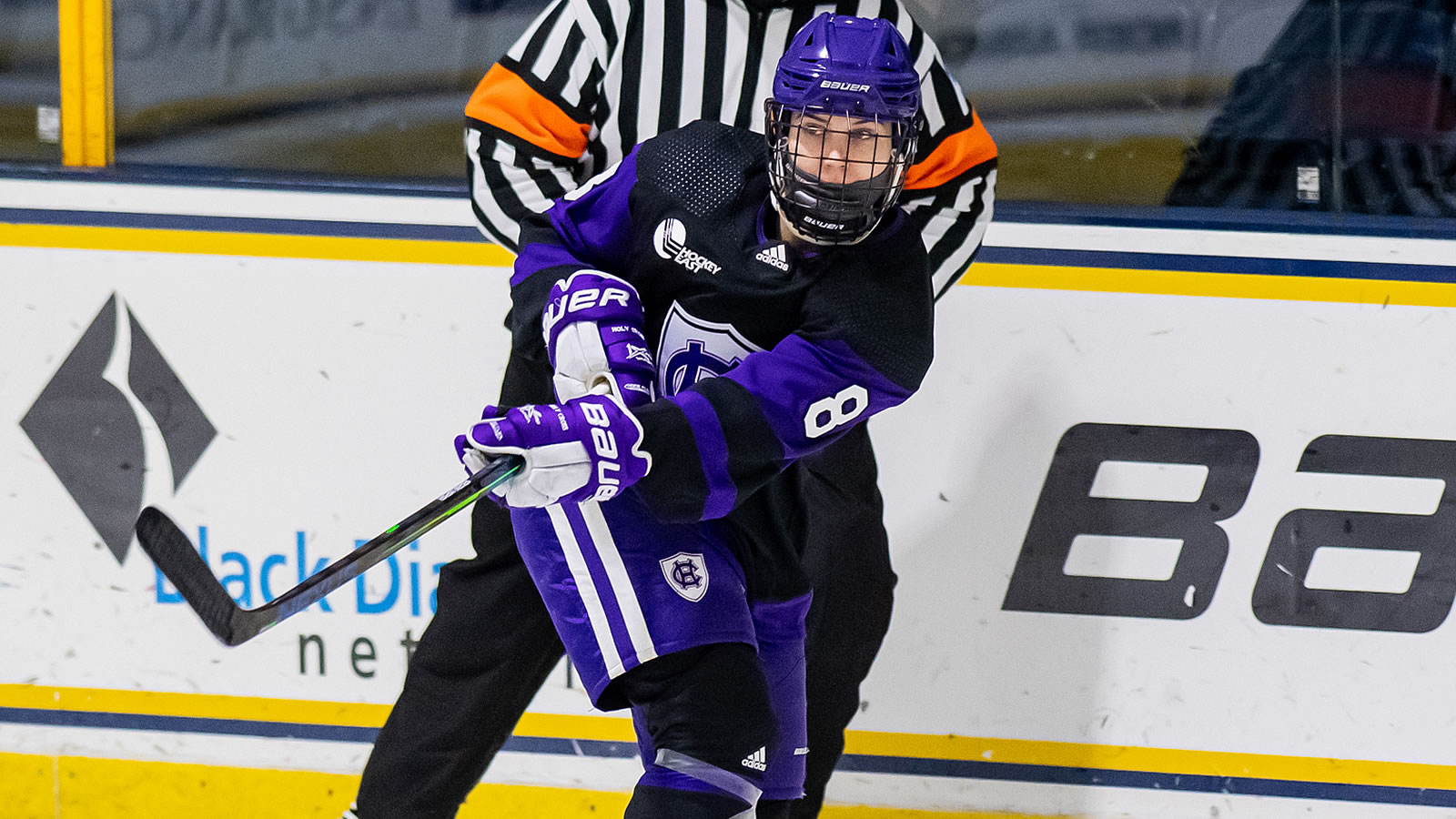 Goaltender Suzette Faucher made 41 saves to lead the Ravens (1-3) in their victory.

- Lucy Hanson tipped in a goal at 6:04 of the first period to give Franklin Pierce a 1-0 lead.

- Ava Kison converted on a penalty shot to extend the Ravens' lead with under a minute to go in the first.

- Emilie Prive scored 1:12 into the second period off a rebound to give the Ravens a 3-0 advantage.

- The Franklin Pierce lead grew to 4-0 at the 7:56 mark of the third period off a goal from Becca Kniss.

- The Crusaders outshot the Ravens 17-4 in the final period, but could not get past a staunch performance from Faucher.

- Holy Cross heads to Burlington, Vt., for a Hockey East matchup against the University of Vermont on Friday, Oct. 22.