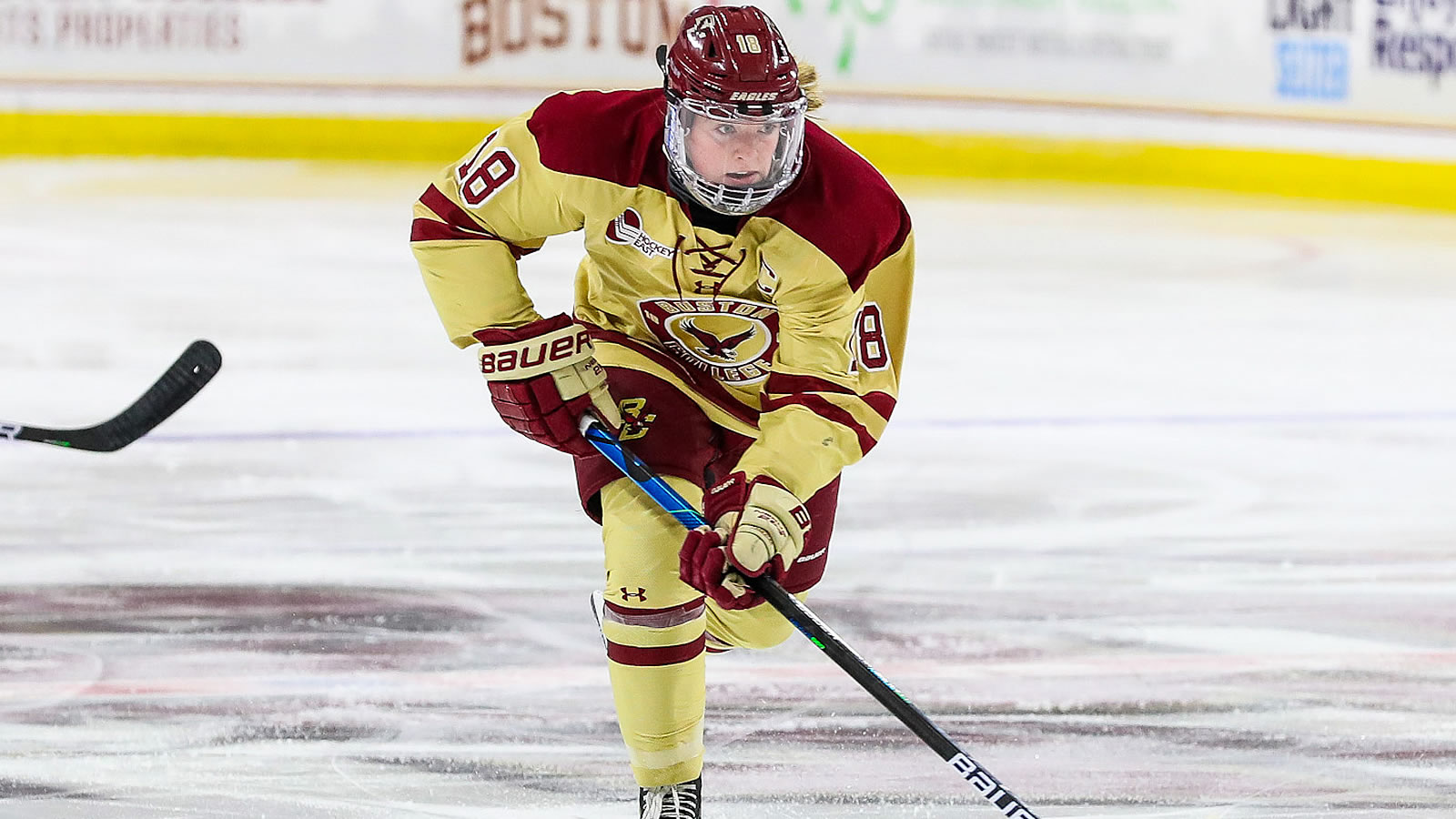 Jillian Fey scored midway through the second period for the 1-0 lead and then Kelly Browne answered a UNH goal late in third period for the 2-1 in. Abigail Levy made 30 saves in the win.

2nd, 8:45 | 1-0, BC GOAL: Hannah Bilka drove to the net and got a shot into the pads, drive to the left post and then centered the rebound to the top of the crease. A crashing Jillian Fey then finished it past Ava Boutilier.

3rd, 14:56 | 1-1, UNH GOAL: A two-on-one rush saw Abigail Levy make the initial save but the rebound popped out to the slot and Brianna Brooks one-timed it empty net.

3rd, 15:09 | 2-1, BC GOAL: Off of the face-off at center ice, Kelly Browne picked the puck up at the red line and skated into the zone. She cut in at the right circle and then once she hit the left, wristed a shot back across her body and off the crossbar and in.

- Sidney Fess registered the first multi-point game of her career ... she now has three points on the year.

- Kelly Browne's game-winning goal marked the fifth of her career.

- Through the first four games of the season, BC has eight different goal scorers.

- Abigail Levy finished with 30 saves for BC ... she made 16 saves in the second period.

The Eagles will travel to the Whittemore Center for a 7 p.m. contest against the Wildcats.