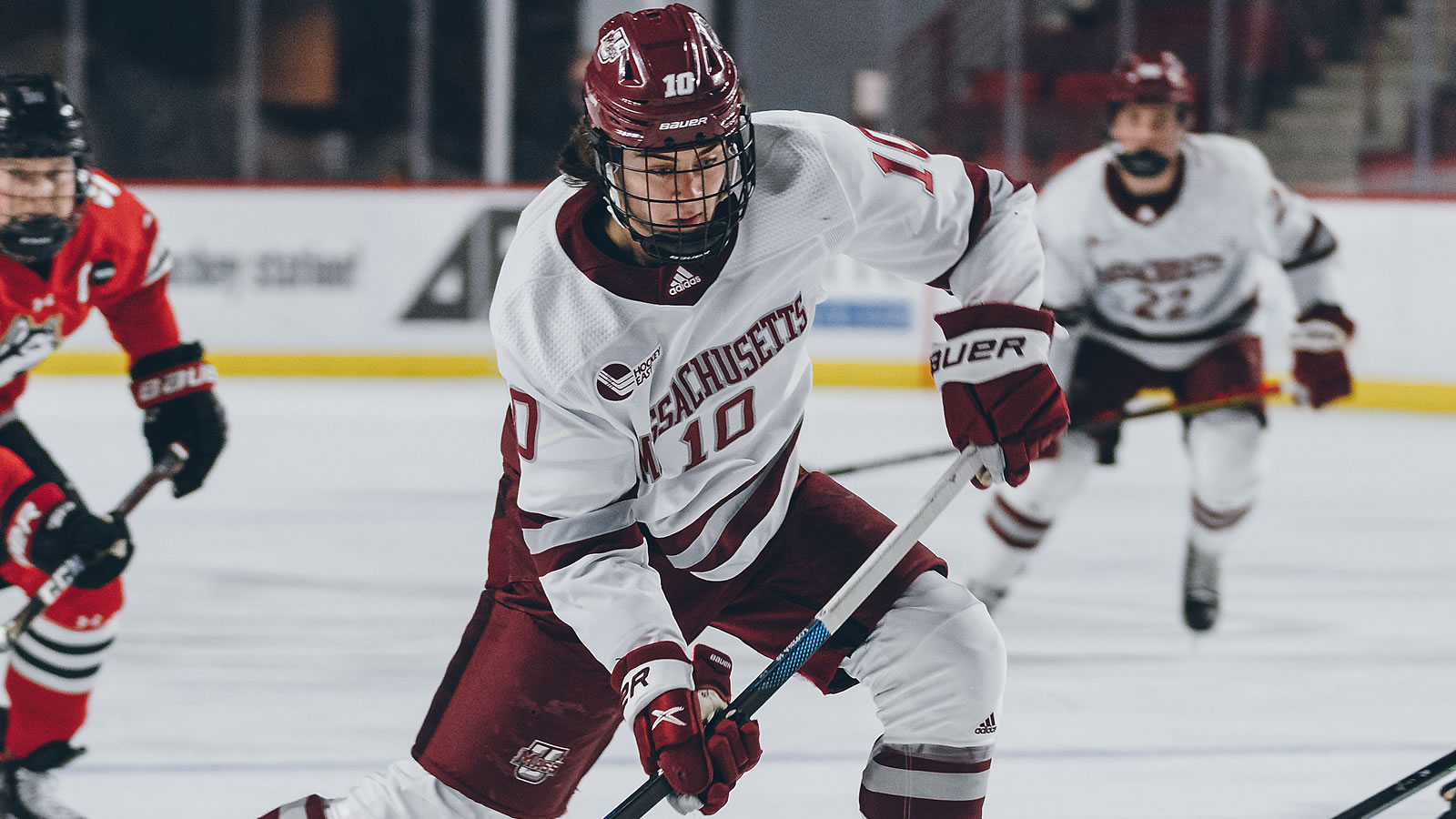 SPRINGFIELD, Mass. - No. 9 Massachusetts hockey used a four-goal first period to help propel the squad to a 5-1 victory over American International on Friday night at the MassMutual Center. Eleven different players found the scoresheet for the Minutemen (1-2-0), including five different goal scorers, in the win over the Yellow Jackets (0-2-0).

UMass opened the scoring just 53 seconds into the contest with Aaaron Bohlinger collecting the puck from Ryan Ufko, skating down the half wall and finding Reed Lebster in the slot for a redirection on the power play to make it 1-0.

The Minutemen added a second power-play goal at the 4:29 mark of the first. Josh Lopina connected with a centering feed from Bobby Trivigno and Matthew Kessel, firing home a one-timer for his second tally of the season.

Trivigno then made it 3-0, 6:28 into the opening frame, driving a shot through traffic from the top of the left faceoff circle from Scott Morrow and Lopina.

Anthony Del Gaizo tacked on UMass fourth first period goal at 8:37, putting back a rebound from Matt Baker with a wraparound.

Ty Farmer scored the lone goal of the second, 7:05 into the period, wristing the puck home after Garrett Wait dug it out of a scrum below the goal line.

AIC broke up the shutout at the 6:09 mark of the third period with Blake Bennett and Crhis Dodero setting up a Julius Janhonen tally that capped the scoring.

The Yellow Jackets finished with a 25-21 edge in shots on goal, while UMass was 2-for-3 on the power play and a perfect 5-for-5 on the penalty kill.

Matt Murray totaled 24 saves on the evening for the Minutemen and Jake Kucharski made 16 stops for AIC.

Trivigno and Lopina paced the UMass offense with a goal and an assist apiece and Farmer's goal gave him his third point in the past two contests.

The teams will be back in action tomorrow, Oct. 16, with the second game of the weekend home-and-home set for 7 p.m. at the Mullins Center.