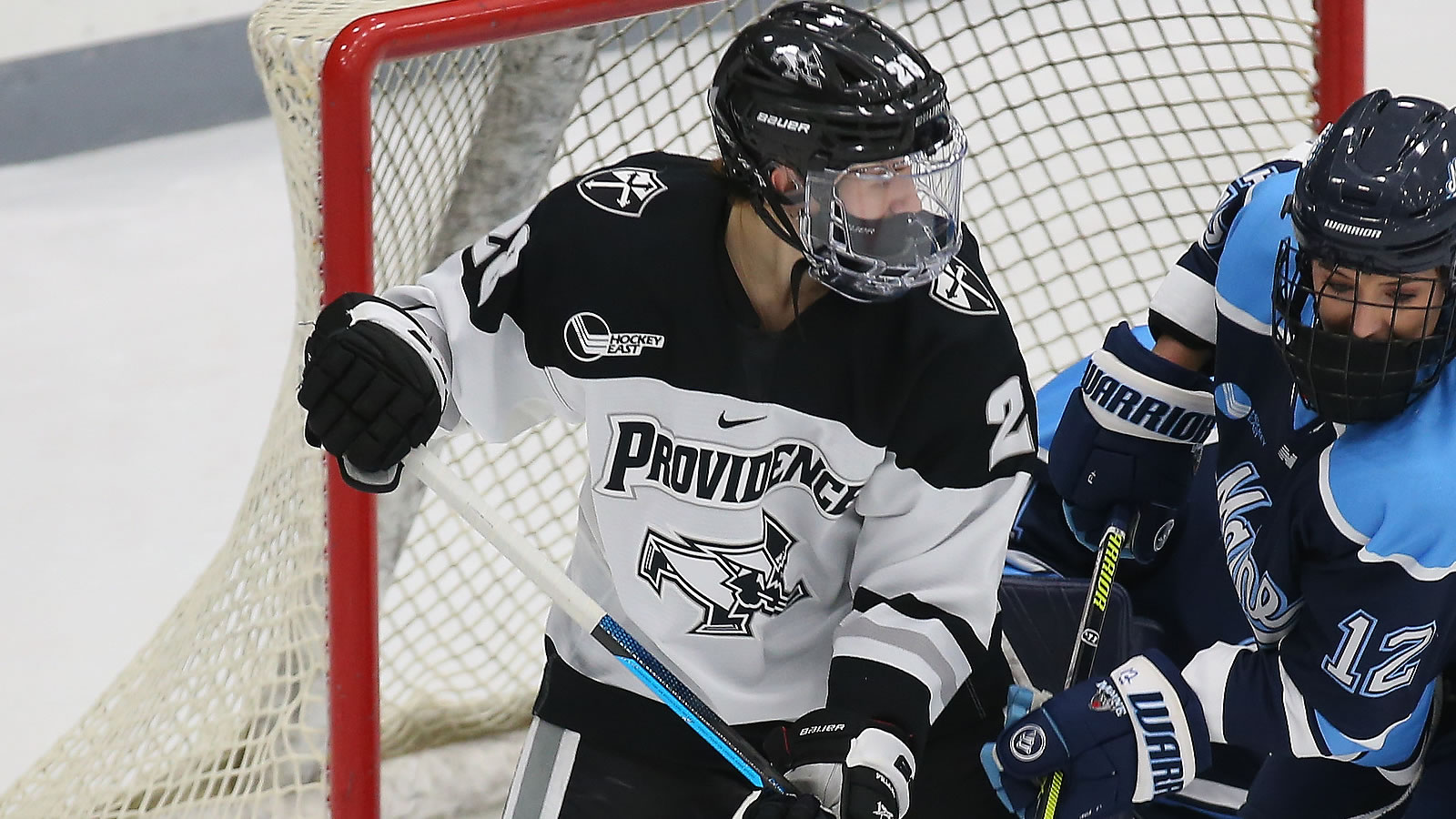 PROVIDENCE, R.I. - The No. 9 Providence College women's hockey team tied No. 8 Quinnipiac on Friday, Oct. 15 at Schneider Arena. With neither team capitalizing in overtime, the game ended in a 2-2 draw.

- Providence struck first, with a power play goal from captain Caroline Peterson (East Falmouth, Mass.) at 8:05 into the opening period after Quinnipiac's Sophie Urban was whistled for tripping. Peterson's first goal of the season was assisted by Bailey Burton (Bloomington, Minn.) and Claire Tyo (Massena, N.Y.).

- Providence entered the first intermission up, 1-0, while trailing in shots, 14-5. Peterson's goal served as only the second time this season an opponent scored first against Quinnipiac.

- The third period was action packed, starting off with a goal from Quinnipiac's Taylor House, tying things up at 1-1. House was assisted by Kate Reilly and Nina Steigauf on her second goal of the season.

- Providence grabbed the lead again at 9:33, with a power-play goal from Brooke Becker (Orchard Park, N.Y.). Becker, the leading point scorer for the Friars this season, was assisted by Lindsay Bochna (Toronto, Ontario) and Hayley Lunny (Bedford, N.Y.).

- The remainder of the third period and overtime remained scoreless for both teams, finishing out tied at 2-2. Abstreiter stopped all six shots she faced in the overtime session.

The Friars will return tomorrow, Saturday Oct.16 for the series against the Bobcats in Hamden, Conn. Puck drop is set for 3:00 p.m. at Frank Perrotti Jr. Arena.