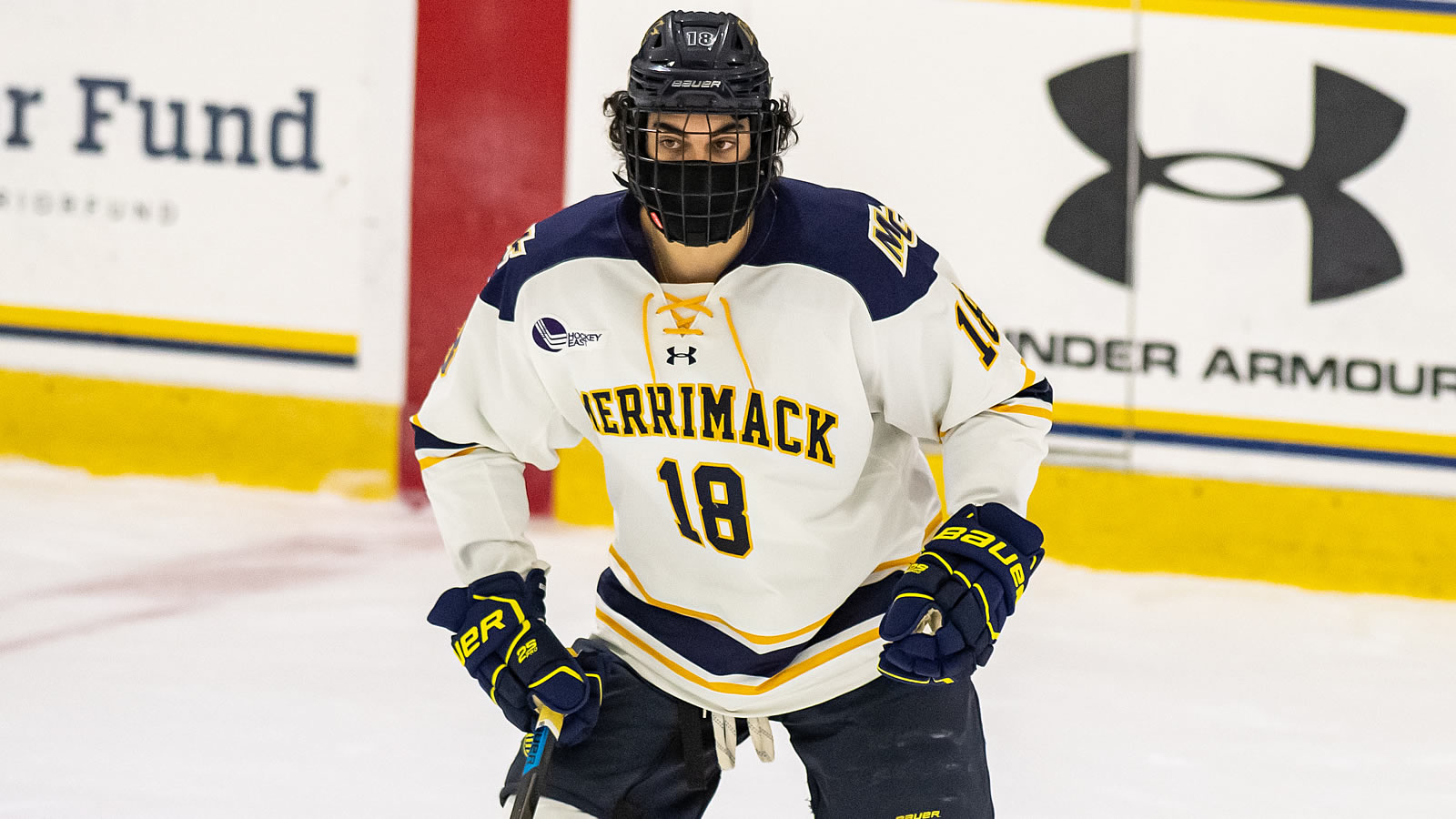 Junior forward Ben Brar posted an assist for the Warriors
Merrimack Falls to Colgate in Overtime, 2-1

HAMILTON, N.Y. - In his collegiate debut, Hugo Ollas made 30 saves, as the Merrimack College men's hockey team fell by a 2-1 final in overtime Friday night at Class of 1965 Arena.

Ollas backstopped Merrimack and got the game to overtime, as Max Newton's second goal of the season tied the game in the second period. Alex Jefferies and Ben Brar also notched assists on the play.

- Ollas was the story in the game's opening 20 minutes. He came up clutch on 1:01 5-on-3 power play time for Colgate and made 11 saves in total during the frame to keep the Raiders off the board.

- On the other end of the sheet, Logan Drevitch had a trio of shots on goal and Merrimack dominated the hosts at the faceoff dot, as the Warriors won 18 of 23 draws.

- The sides continued to play tight in the second period, but it was the Raiders that got on the board first midway through the frame when a long point shot through traffic found its way home.

- Merrimack only needed a little over a minute to respond with a highlight reel finish. Ivan Zivlak started the scoring play when he hit Brar with a breakout pass near the point. The junior took a hit and worked the puck free to Newton in stride. He and Jefferies broke in on the rush and Newton slipped a pass far side to Jefferies, who quickly returned it for a one-timer into a yawning cage to knot the game at one.

- Ollas made another nine stops in the second period to raise his game total to 20 to set the stage for a climatic third period.

- Both sides clamped down defensively in the third period, as the sides combined for just 12 shots. Ollas saw eight of those and came up with the stop on all of them to send the game to overtime.

- Just after three minutes into the extra session, Colgate got space and found the game-winning goal to nab the win.

- Jefferies and Drevitch both tied for the team-lead in shots with three.

- Merrimack had plenty of success of face-offs with 38 wins compared to Colgate's 29.

- Newton had an incredible performance at the face-off dot with 21 wins on 25 chances.

- Declan Carlile and Zivlak finished with a +1 rating along with Brar, Jefferies and Newton.

The teams conclude the weekend set Saturday at Class of 1965 Arena. Puck drop is set for 4:00 pm.