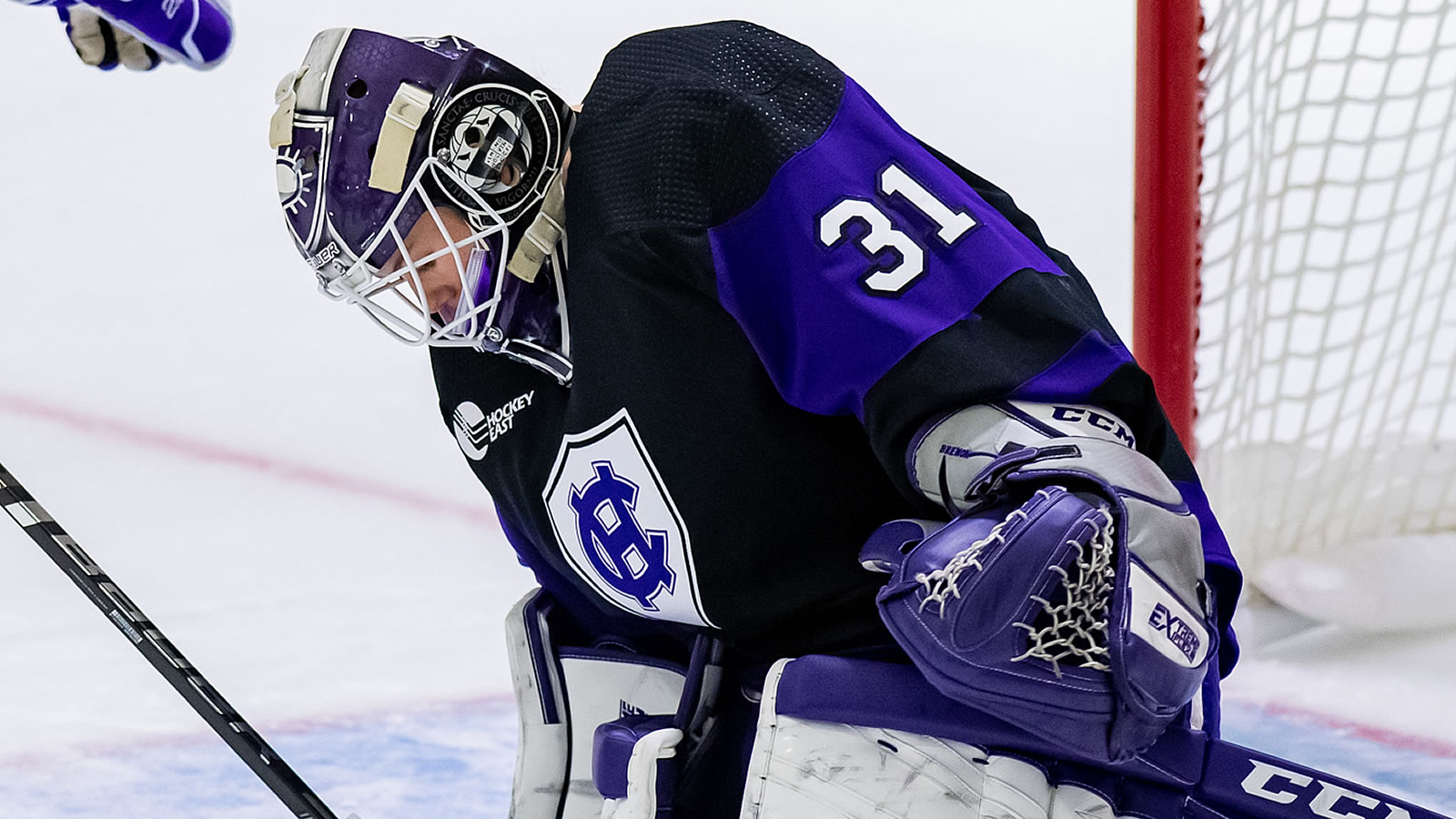 WORCESTER, Mass. - The Holy Cross women's ice hockey team earned its first victory of the season with a 2-0 win over Franklin Pierce on Friday, Oct. 15 at the Hart Center Rink.

Senior goaltender Jada Brenon made 25 saves en route to the shutout. The Crusaders outshot the Ravens (0-3-0) 38-25 in the contest.

- After holding a 15-5 advantage in shots on goal in the first, Holy Cross finally broke through with a quick shot from Saarela in the slot at 6:59 of the second.

- Holy Cross' lead grew to two goals after Bennett cashed in on a second-chance opportunity 9:02 into the third period.

- The Ravens outshot the Crusaders 13-8 in the final frame, but Brenon turned away every Franklin Pierce shot in the final 20 minutes to secure the shutout victory.

- Brenon's shutout was the third of her career.

- Bennett's goal was her first since she tallied a goal on Feb. 2, 2020 against Vermont.

- The Crusaders and Ravens close out the weekend series on Saturday, Oct. 16.

- Puck drop is set for 3 p.m. at the Jason Ritchie Ice Arena in Winchendon, Mass.