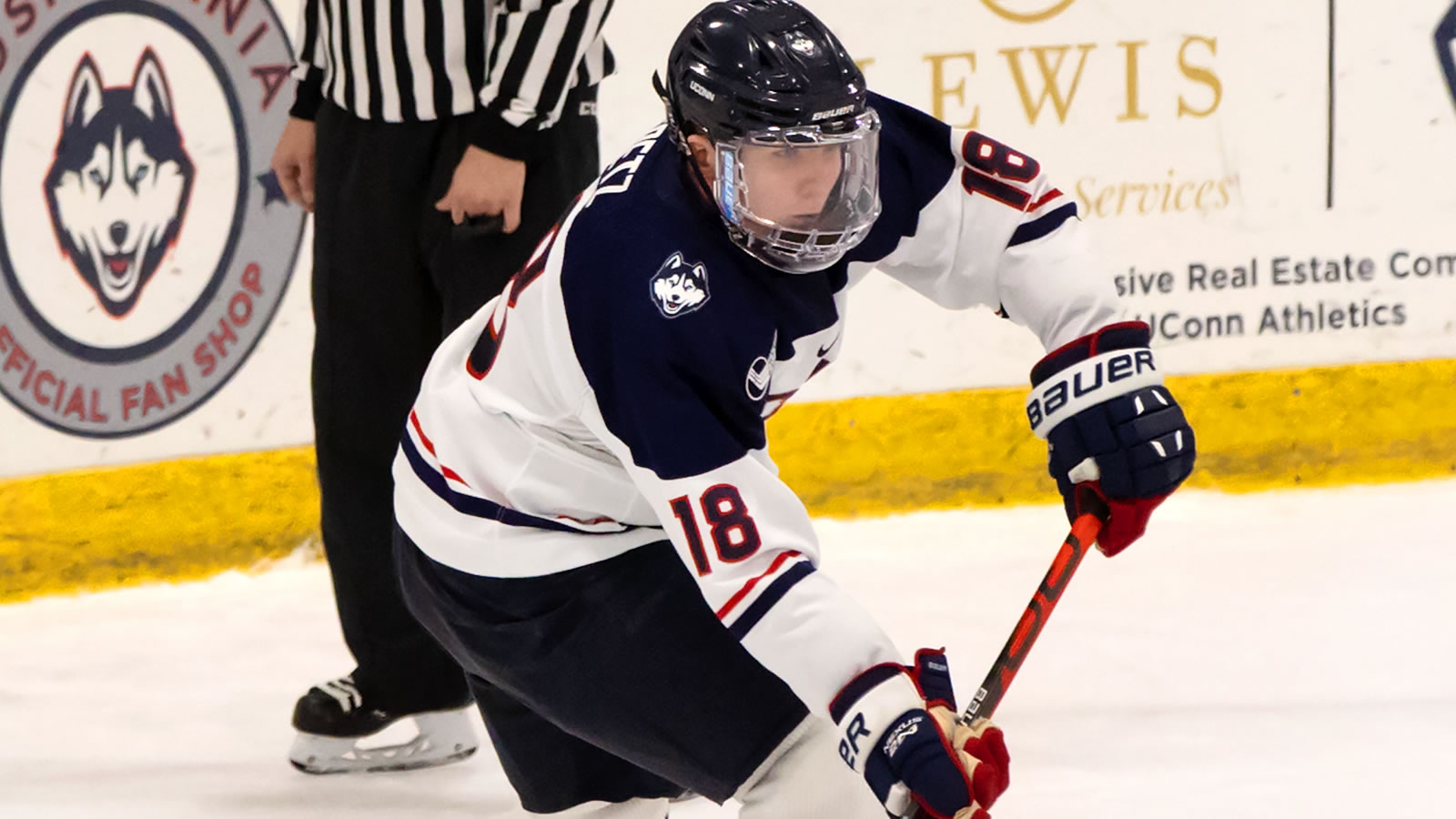 COLUMBUS, Ohio - The Ohio State Buckeye scored the game-winner with 3.6 seconds left in overtime to deal the UConn Huskies a 4-3 loss Friday night at the Value City Arena at the Schottenstein Center.

OSU's Will Riedell notched the game-winner on their final push in overtime to complete the Buckeye's comeback bid.

The Buckeyes pulled starting goaltender Ryan Snowden after Kondelik's power play goal put the Huskies up 3-0 and back-up Jakub Dobes kept the Huskies at bay the rest of the way and overtime as OSU put four unanswered on the board. Dobes finished with 23 saves to earn the win.

UConn held a 39-35 lead on shots and was 1-for-4 on the power play. Kinal, Spetz and Kondelik all added assists to their stat totals on the night. UConn goaltender Darion Hanson (East Bethel, Minn.) had 31 saves in taking the loss.

The Huskies and Buckeyes will close their weekend series on Saturday afternoon at 3 pm.

The Huskies killed off a pair of penalties in the first period and grabbed a 1-0 lead thanks to Kinal's first goal of the season. The Huskies battled to keep possession in the OSU zone and Kondelik picked up the puck behind the net and fed Kinal in the right circle for a quick one-timer that beat Snowden top-shelf, stick side at 11:20.

UConn went up 2:15 as Spetz notched his first of the season. The Huskies again won a puck battle to keep possession with Kinal firing on net and the rebound coming out high to Spetz. The sophomore defenseman drove the net, looking for a wrap-around before shooting it off the back of Snowden and in for a 2-0 lead at 2:15.

The Huskies took advantage of their first power play chance of the night as Kondelik used his big presence in front of the net to get his second of the season. Just 11 seconds into the power play, UConn cycled the puck around to Spetz up high who fired on net with Kondelik set-up in front of Snowden to get a tip for a 3-0 lead at 6:17. The goal chased Snowden from the game.

The Buckeyes would get two back before the horn to end the second stanza. OSU picked-up a power play goal at 9:12 as Preston took a feed from Tate Singleton and charged to the front of the net, putting a backhander past Hanson for his first of the year. Ohio State would make it 3-2 at 17:27 as Thiesing got a break-away chance off a UConn turnover and buried it for his first career goal.

The Buckeyes found the tying goal at 13:37 as Gergii Merkulov got his first career goal. Merkulov took a feed in the slot from Jake Wise and rifled a wrister through some traffic in front of Hanson to knot it up at 3-3.

The Huskies had great chances in the extra session, outshooting OSU 6-2. Sophomore Ryan Tverberg (Richmond Hill, Ontario) got a break-away chance but Dobes came up with a pad save to deny the game-winner.

Ohio State got one final rush in the closing seconds with Wise feeding Riedell on the right wing and he fired a shot to the far post, sneaking it just past Hanson for the winner at 3.6 on the clock.