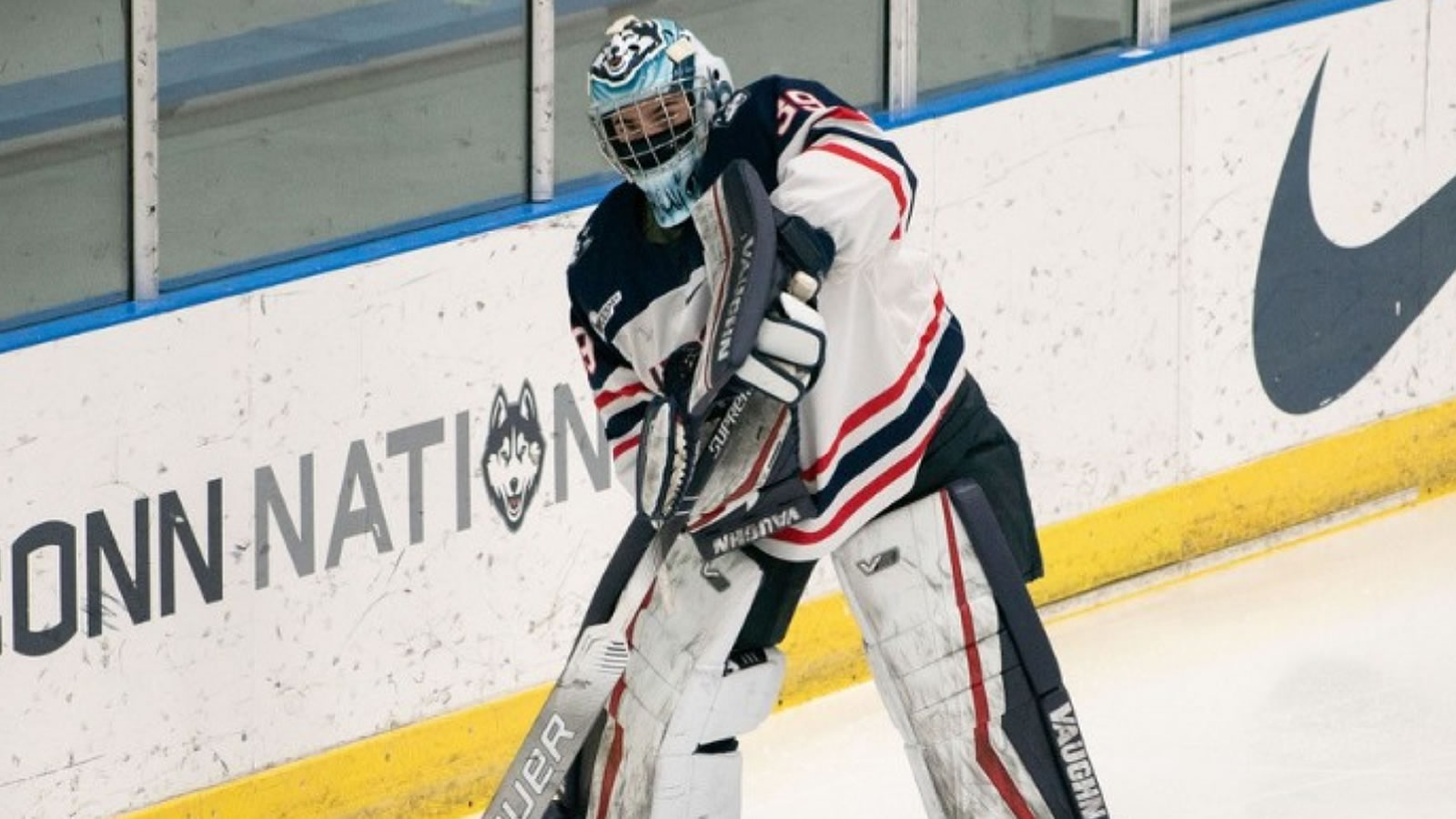 ORONO, Me. - Viki Harkness tip in front is the difference maker for UConn women's hockey, as the Huskies improve to 5-0 on the season and take the Hockey East opener verse Maine.

The Huskies started out the 1st period strong, immediately pressuring the Maine defense and goaltender. The Huskies had multiple chances in the 1st period but couldn't break the tie. UConn's defense stood strong as senior goaltender Samantha Carpentier-Yelle made 5 saves and UConn out shot Maine 17-12.

Maine came out firing in the second period forcing Carpentier-Yelle to make multiple saves, including a beautiful kick save on a Maine rush. Senior Forward Viki Harkness put UConn on the board first with a tip right in front of the net to break the tie at the 12:51 mark in the 2nd period. Maine would have a chance to tie the game late in the second period as UConn headed to the penalty kill but goaltending and defense remained strong as the 2nd period ended with UConn holding onto a 1-0 lead heading into the 3rd.

A tripping penalty on UConn sparked Maine's attack as they pressured UConn which included ringing a shot off the post, however they could not get past the Huskies back line. Multiple UConn penalties at the 15:13 mark in the 3rd put UConn on the 5 on 3 penalty kill but Samantha Carpentier-Yelle made multiple diving saves during the kill to help maintain the 1 goal lead late in the 3rd period. The Huskies would end up holding on to win 1-0 in hockey east opener verse Maine behind Carpentier-Yelle's 17 saves. The Huskies out shot Maine throughout, finishing with a total of 53 shots on goal to Maine's 37. Graduate Student Natalie Snodgrass lead the Huskies with a total of 12 shots on goal.