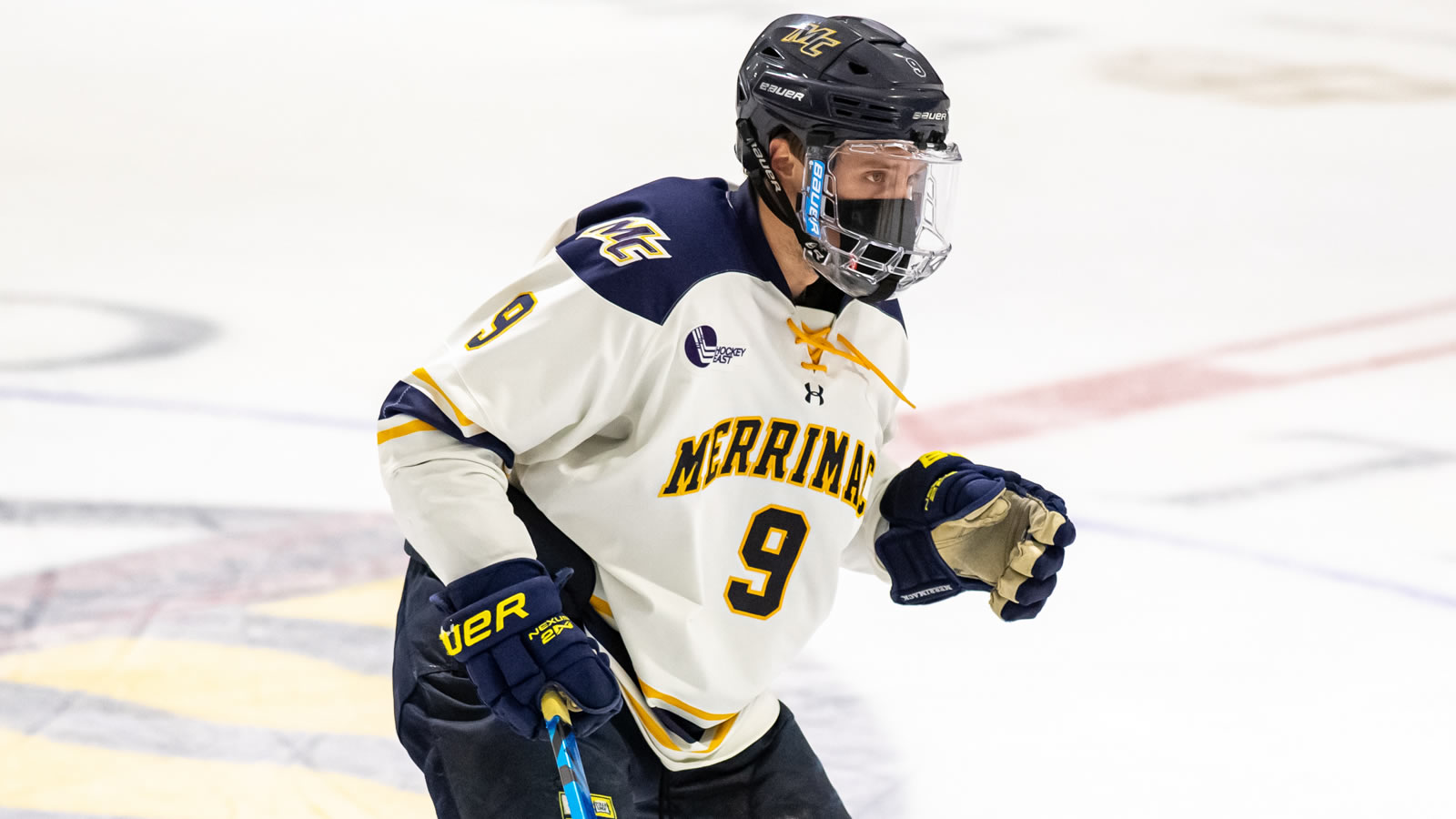 Max Newton took home first star honors after he notched a goal and an assist, including Merrimack's fourth goal midway through the third to all but seal the win. Regan Kimens, Ben Brar and Liam Walsh also found the back of the net to pace the offense.

Zachary Borgiel was key in net, as he turned aside 25 shots to earn the victory. He also kept the Pioneers off the board for the final 22:01 of the game to setup the hosts' comeback.

- The Warriors grabbed momentum early on and converted to take the lead halfway through the opening period. On a 3-on-2 rush, Jake Durflinger started the scoring play when he passed to Mac Welsher underneath a Pioneer stick. Welsher dished a backhanded feed through a defender's legs to Kimens, who collected and deposited his first goal of the season.

- Merrimack held the lead after 20 minutes thanks to eight saves from Borgiel, but the Pioneers struck just 31 seconds into the second period to knot the game at one.

- Sacred Heart was outshot by the Warriors in the second period, but it still found a way to take the lead with just over two minutes to play in the frame on Braeden Tuck's second goal of the game.

- Brar did not let the Pioneers bring the lead into the third period, as the junior picked up the garbage in front of the net on the power play to tie the game. Newton fed Declan Carlile at the top of the left faceoff dot for a quick shot. The original effort was blocked, but the loose puck fell perfectly to Brar, who jammed home his first of the year.

- Merrimack wrestled momentum back in the third period on an early goal that proved to be the game-winner. Logan Drevitch took the puck at the outside hashmarks and slid a pass to Ivan Zivlak at center point. Walsh charged onto the ice from the bench and opened up for a pass at the top of the left faceoff dot. Zivlak hit him in stride, then the junior fired a pinpoint shot far side to give Merrimack the lead. It marked the first collegiate point for Zivlak, who also made his collegiate debut in the game.

- The Warriors and Borgiel did not let the Pioneers back into the game in the third. Merrimack was outshot by a small 12-11 margin, but it lit the lamp again midway through the period to put the game away.

- Off a faceoff win in the neutral zone, Zach Uens fed Alex Jefferies with a short pass in the neutral zone. The sophomore hit the burners and beat his defender wide, then found Newton with a centering pass for an easy finish from in-tight.

- The Pioneers pulled their goalie in the final few minutes, but were unable to get any high quality chances.

- Durflinger and Welsher tied for the team high in shots on goal with five apiece.

- Merrimack won 32 of 60 faceoffs on the night, paced by Newton and Walsh, who combined for 22 wins.

- Carlile and Zivlak both had +2 ratings on the evening. Carlile has quickly claimed the team lead in plus/minus with a +4 rating.

- Carlile, Uens and Liam Dennison all had a pair of blocked shots.

- Carlile and Durflinger are both on two-game point streaks to begin the season.

Merrimack treks to Hamilton, N.Y. next weekend for a two-game set against Colgate. Game one starts Friday at 7:00 pm at Class of 1965 Arena.