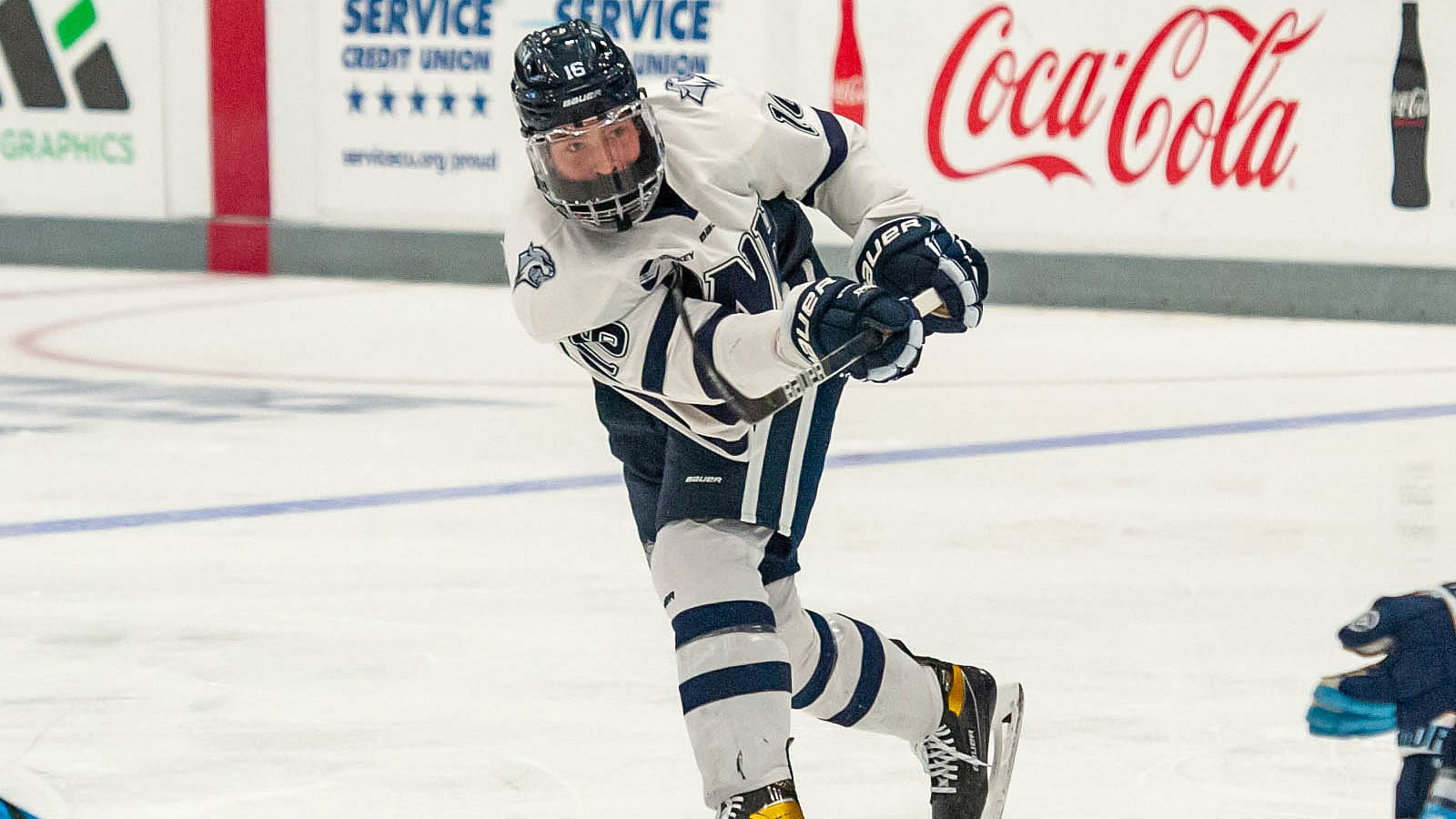 DURHAM, N.H. - Freshmen forwards Robert Cronin (Plymouth, Mass) and Liam Devlin (Needham, Mass) each scored a goal in their collegiate debuts, while senior forwards Eric MacAdams (Salem, Mass.) and Filip Engaras (Stockholm, Sweden) also each found the back of the net as the University of New Hampshire men's hockey defeated Union, 4-1, on Friday night at the Whittemore Center.

UNH will conclude the season-opening series with Union at the Whittemore Center on Saturday, Oct. 9 at 7 p.m. on College SportsLive.

- Union got off to a fast start scoring 2:00 into the game as Gleb Murtazin found the back of the net. Bram Scheerer and Gabriel Seger both posted assists on the goal.

- Cronin evened the score with his first collegiate goal at 9:15 of the first period on the power play from just beside the net. Senior Jackson Pierson (Zionsville, Ind.) and Ward notched assists on the goal.

- Senior goaltender Mike Robinson (Bedford, N.H.) made a string of big saves on a Dutchmen power play in the middle of the second period.

- MacAdams then gave the Wildcats a 2-1 lead with a rocket to the back of the net at 17:42 of the second period. Engaras set up MacAdams for the assist on the goal.

- Devlin netted his first career goal to give the Wildcats a 3-1 lead at 2:21 of the third period. Sophomore Nikolai Jenson (Cold Springs, Minn.) sent a pass to Devlin from behind the net as he was able to spin around a defender and push the puck to the back of the net.

- Engaras scores the last goal of the game on a Wildcat power play at 8:14 of the third period as he skated around the net and found the back of the net on a wraparound goal for his first of the season for the 4-1 win. Ward and junior defenseman Kalle Eriksson (Leksand, Sewden) each posted an assist on the goal.

- Robinson made 10 saves to start the year 1-0-0, while Connor Murphy posted 37 saves for the Dutchmen.

- The Wildcats went 2-4 on the power play and the Dutchmen finished 0-4.

- The game winner by MacAdams was the second of his career.