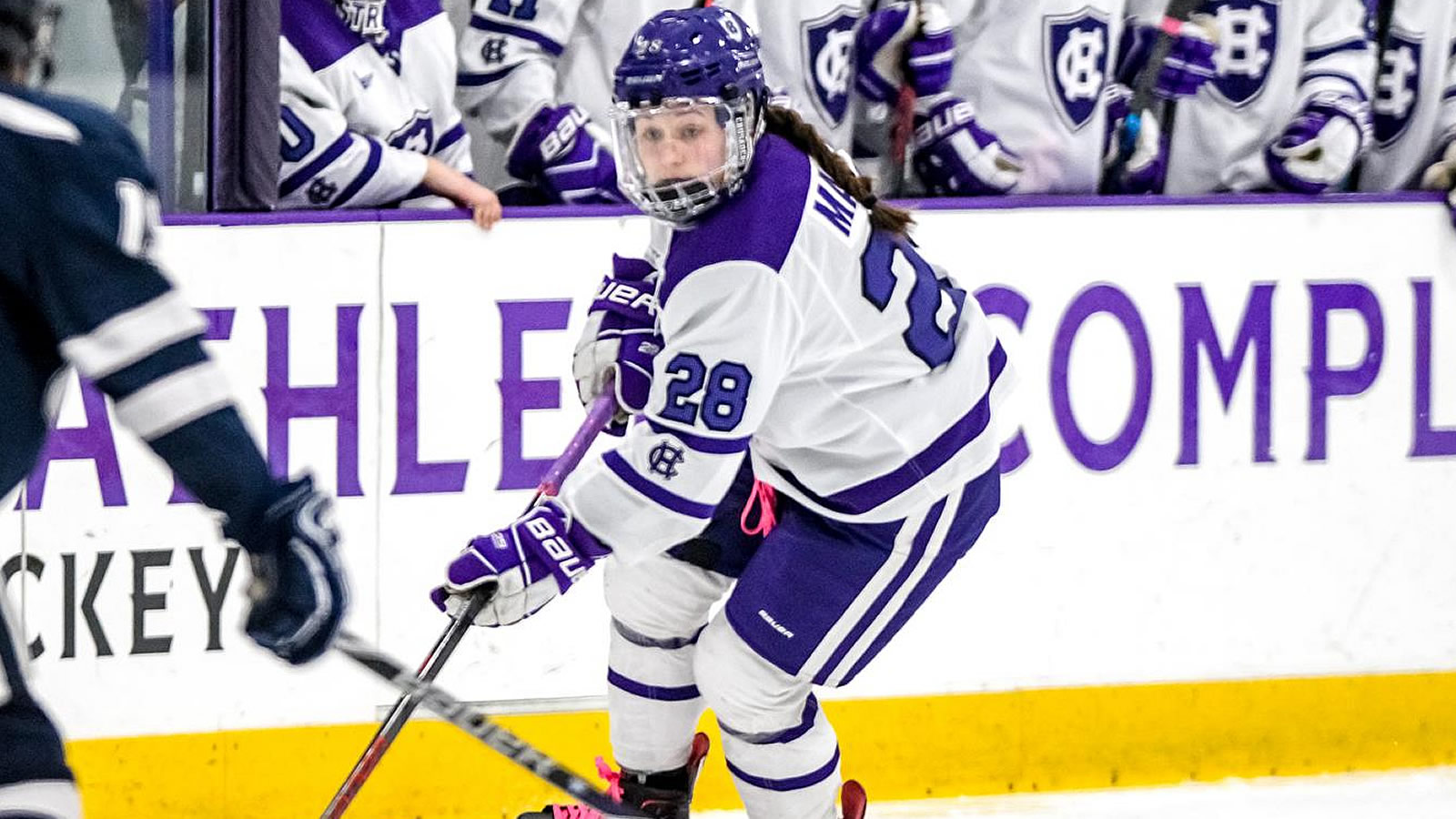 Magier cashed in on one of her three shots on net, tying a team-high for shots on goal. Senior goaltender Jada Brenon made 38 saves, while rookie defenseman Carmen Elliott blocked five shots for the Crusaders (0-3-0).

- After a scoreless first, Magier tapped in a pass from senior defenseman Emma Lange to open the scoring for the Crusaders at 6:22 of the second period.

- The Nittany Lions used a three-goal third, including back-to-back goals a minute and a half apart, to secure the victory.

- The Crusaders and Nittany Lions round out the weekend series with a 5 p.m. contest on Saturday, Oct. 9.