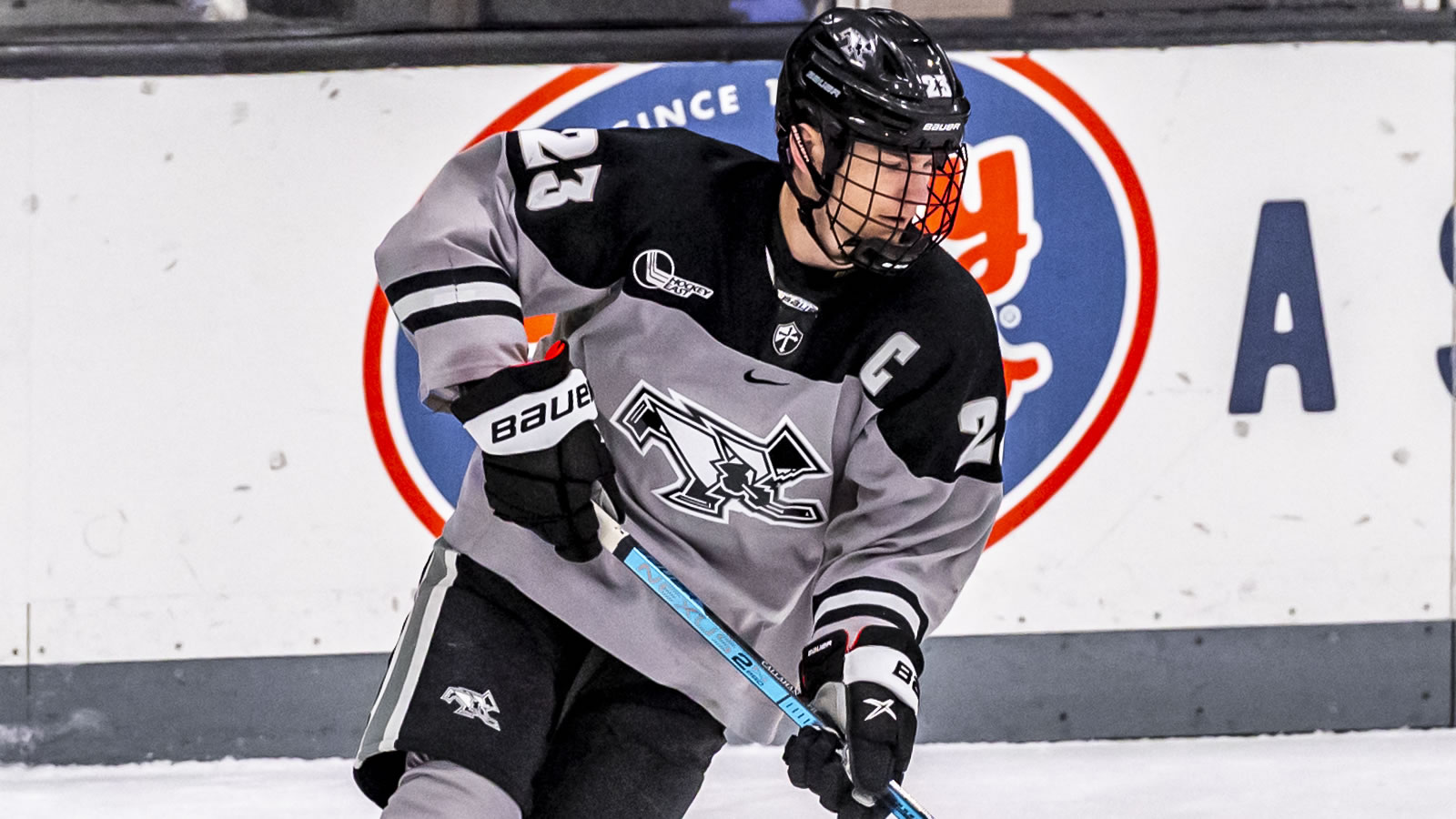 -Parker Ford (Wakefield, R.I.) wasted no time getting the Friars on the board, firing home a centering feed from Monds just 50 seconds into the game. Nick Poisson (Vancouver, B.C.) earned the secondary assist on the play.

-Merrimack responded at 7:20 with an unassisted goal from Declan Carlile, tying things up at 1-1.

-Captain Michael Callahan (Franklin, Mass.) put the Friars back in the lead, 2-1, at 10:35 with a goal on the power play after Zach Uens was whistled for holding. Callahan intercepted a clearing attempt and his wrist shot broke through Zach Borgiel for the senior's second goal of the season.

-Monds gave the Friars a 3-1 lead at 17:00 with his first career goal on the power play after Merrimack was called for tripping. Callahan earned his second point of the night, while Brett Berard (East Greenwich, R.I.) notched the first of two assists on the evening.

- Berard and Merrimack's Jake Durflinger earned matching penalties for roughing at 19:10. The teams played 4-on-4 for the final 50 seconds of the period.

-The Friars went 2/2 on the power play in the opening period.

-Cam McDonald (Eagle River, Alaska) scored his first goal of the season 1:51 into the second period, 4-1, assisted by newcomer Alex Esposito (West Haven, Conn.) and Berard. Esposito earned his first career point as a Friar on the assist.

-Merrimack's Declan Carlile made it 4-2 at 8:11. Carlile was assisted by Liam Walsh and Adam Arvedson on his second goal of the night.

-After a crucial penalty kill late in the third period, Chase Yoder (Fairview, Texas) gave the Friars extra insurance with an empty netter at 17:57 to make it a 5-2 game. The goal served as Yoder's first of the season and was assisted by Jamie Engelbert (Cobourg, Ontario).

- Jaxson Stauber (Plymouth, Minn.) finished the night with 22 saves to earn his 14th victory in a Friar uniform.