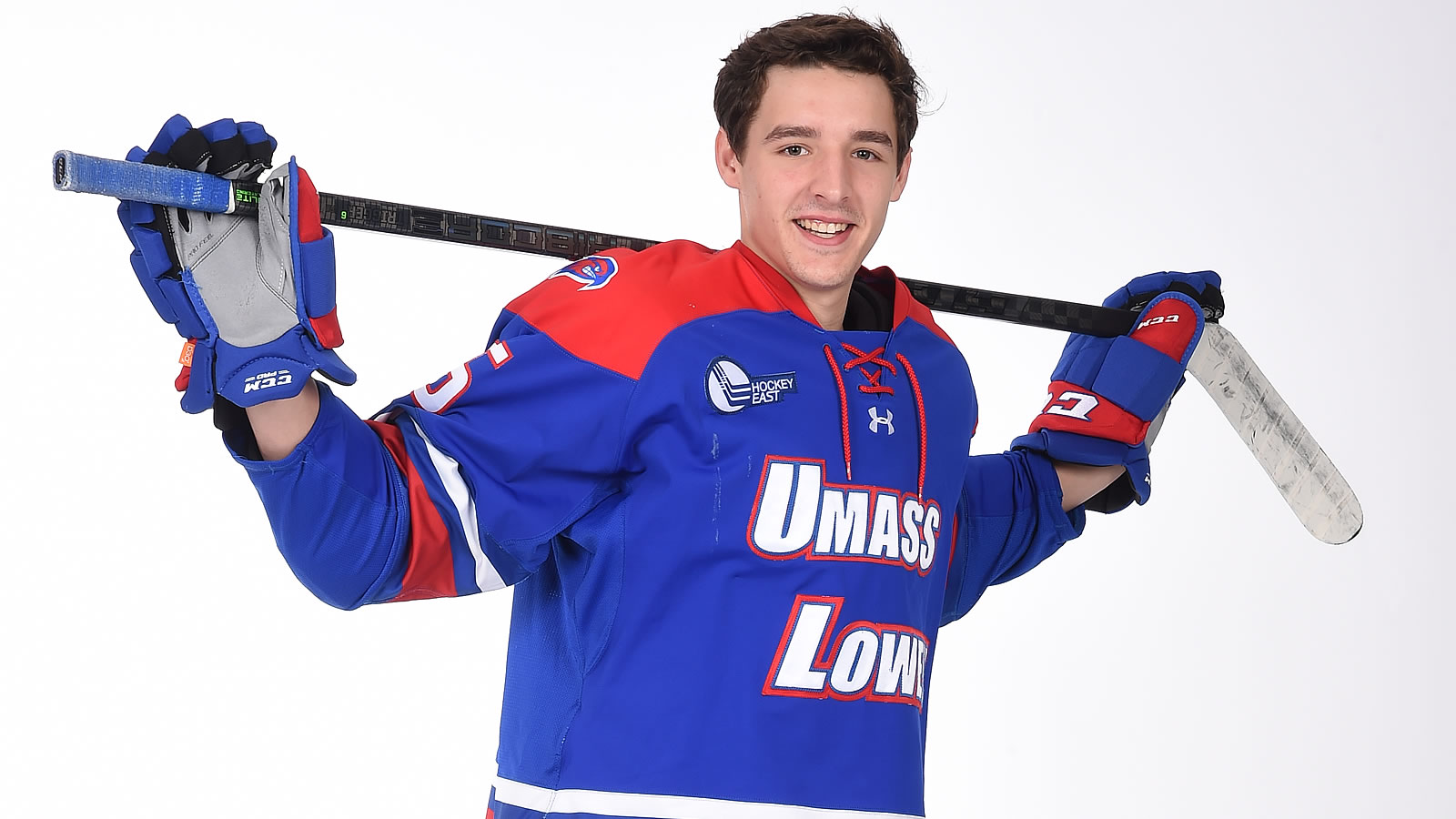 TEMPE, Ariz.-Led by a three-point performance from freshman Matt Crasa (South Setauket, N.Y.), the UMass Lowell men's hockey team (1-1-0) earned a 4-2 victory over Arizona State (1-1-0) Sunday night at Oceanside Ice Arena. With the win, the River Hawks head back to the Mill City with a weekend split over the Sun Devils.

In addition to Crasa, junior Brian Chambers (Weymouth, Mass.) registered a multi-point outing of his own, tallying two points off a goal and an assist. Between the pipes, senior Owen Savory (Cambridge, Ontario) had a standout night, stopping 24 total shots.

An impressive showing by the River Hawks power play unit made the difference tonight against the Sun Devils. UMass Lowell successfully converted on two of their three extra-man opportunities, with both goals coming in the first period. On the penalty kill, the River Hawks shut down three of Arizona State's four power play opportunities.

"We are excited to have a weekend of competition under our belt. Our team dug deep today, and they showed a strong resolve which we can build on in the coming weeks," said Head Coach Norm Bazin. "Many of our first-year players had a chance to make their college debut, which is always a memorable experience."

Exploding early on the attack, UMass Lowell was quick to apply pressure to Sun Devil goaltender Ben Kraws, sending 15 shots his way in the first period alone. The offensive onslaught eventually gave way to the River Hawk's first of the night at 3:09 on the clock when an Arizona State penalty sent out the UMass Lowell power play crew for their first shift.

With senior Lucas Condotta (Georgetown, Ontario) tied up off the faceoff, Crasa poked the puck loose to Brian Chambers along the boards. Facing little opposition from the Sun Devil penalty kill, Chambers wrapped the puck around the left pad of Kraws to give the River Hawks the 1-0 lead.

A five-minute major against the Sun Devils at the 11:21 mark brought the electric UMass Lowell power-play unit back onto the ice. Chambers and Condotta peppered Kraws to no avail until the puck bounced to the stick of Crasa. The rookie then batted in the goal for his second of the weekend to push the River Hawks to a 2-0 margin heading into the first intermission.

The second frame marked a more defensive 20 minutes for the River Hawks, as the Sun Devils drove the puck in the zone. Strong goaltending by Savory kept Arizona State to just one tally despite several close-range shots by the Sun Devil, stopping 12 in total.

After a power-play goal from Sun Devil forward Jack Becker locked up the score at 2-2 at 5:24 in the third, the River Hawks turned on the heat. Resetting after a shift change, junior Ryan Brushett (Montreal, Quebec) passed out the puck to a quickly advancing Crasa. The freshman then fired in a long-range shot from just under the blueline that pinged off the crossbar and into the cage to earn the 3-2 lead just over a minute later.

With the minutes quickly waning, Arizona State pulled Kraws in favor of the extra man in the final minutes. Quick work by junior Marek Korencik (Zilina, Slovakia) intercepted a pass off the boards and sent it down the ice to junior Zach Kaiser (Orangeville, Ontario), who skated in an empty-net goal to secure the 4-2 victory for UMass Lowell.

Taking a brief break from action, the River Hawks welcome back fans to the Tsongas Center for the first time since 2020 for Homecoming weekend, Oct. 15-16, when they'll face off against LIU. Puck drop for the games is slated for 7:15 and 7:05, respectively.