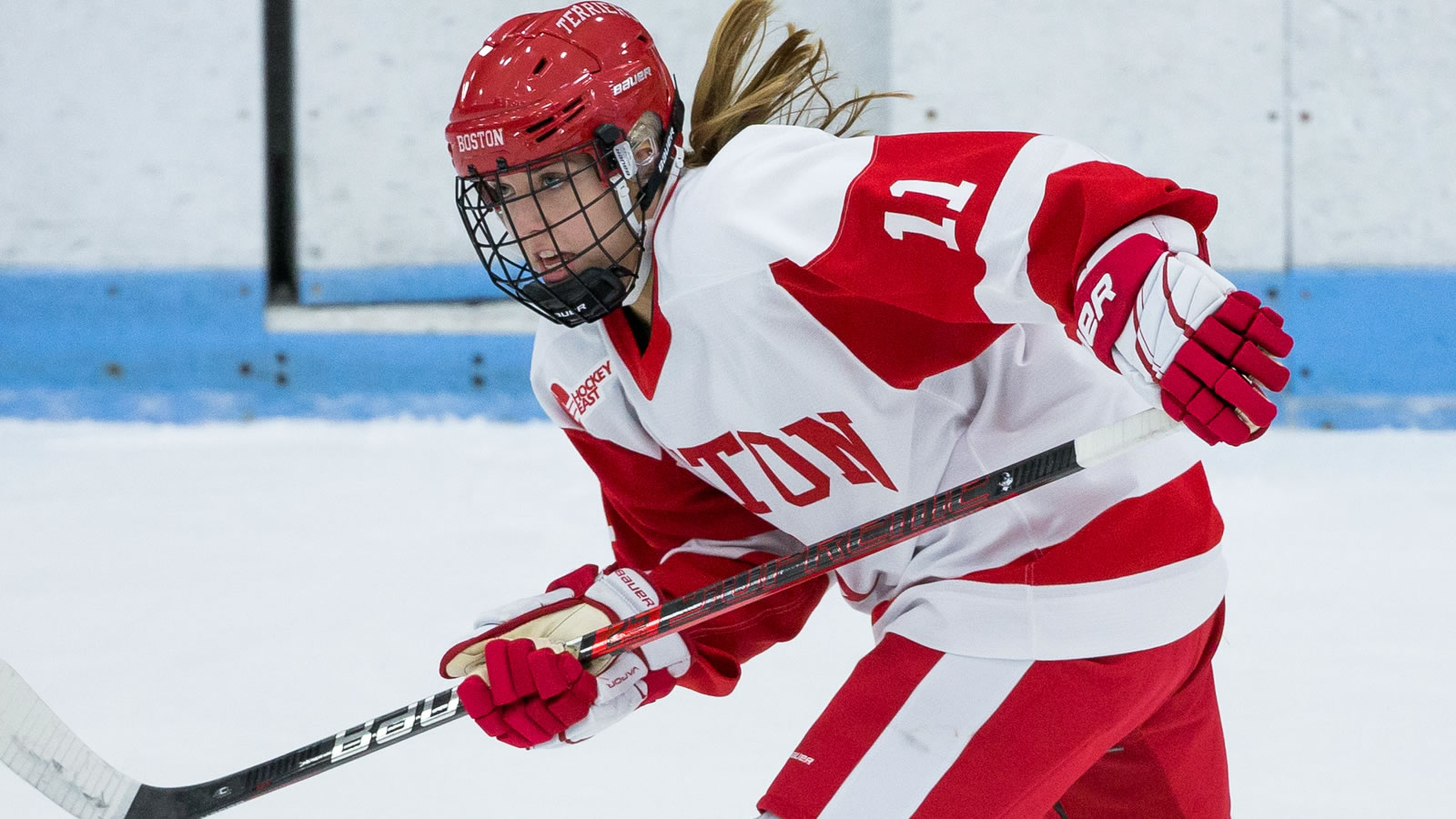 BOSTON - Freshman Callie Shanahan stopped all 16 shots she faced to record her first shutout as a Terrier and backstop the Boston University women's ice hockey team to a 5-0 victory over New Hampshire on Saturday afternoon at Walter Brown Arena.

After making 26 saves in her collegiate debut on Friday at UNH, Shanahan was perfect in her first home start to keep the Wildcats off the board. Shanahan finished the weekend by not allowing a goal in her final 113:52 of work.

BU (2-0-0, 2-0-0 HE) earned the weekend sweep over UNH (0-2-0, 0-2-0 HE) thanks not only to strong goaltending from Shanahan but from an impressive performance in the offensive end. Senior Mackenna Parker matched her career high in both assists (2) and points (3) to lead the Terriers. Junior Julia Nearis also collected a career-high three points thanks to a goal and a career-best two assists.

- Wuthrich opened the scoring 17:38 into the proceedings when her shot found a way through traffic in front and past Ava Boutilier (30 saves) for what proved to be the game-winning goal.

- Roberts' first NCAA goal came at 6:38 of the second stanza when she connected on a Nearis pass for a one-timer past Boutilier.

- Shaunessy extended the lead to 3-0 just over a minute later with a blast from the top of the zone. It was her first goal at Walter Brown Arena.

- Parker made it 4-0 at the 14:25 mark of the second when she skated in on a 2-on-1 and snapped a shot from the right circle that found a way through Boutilier's pads.

- Nearis capped the scoring at 6:07 of the third period when she dangled past a defender and then uncorked a shot from the left circle into the back of the net.

- Shanahan is the first BU rookie to secure a shutout since Kerrin Sperry had six in the 2010-11 season.

- Nearis extended her point streak to six games, one that dates back to the finale of the 2019-20 campaign.

- She has scored in each of her last four games against UNH.

BU will host No. 2 Northeastern on Friday night at Walter Brown Arena. Game time is set for 7 p.m.