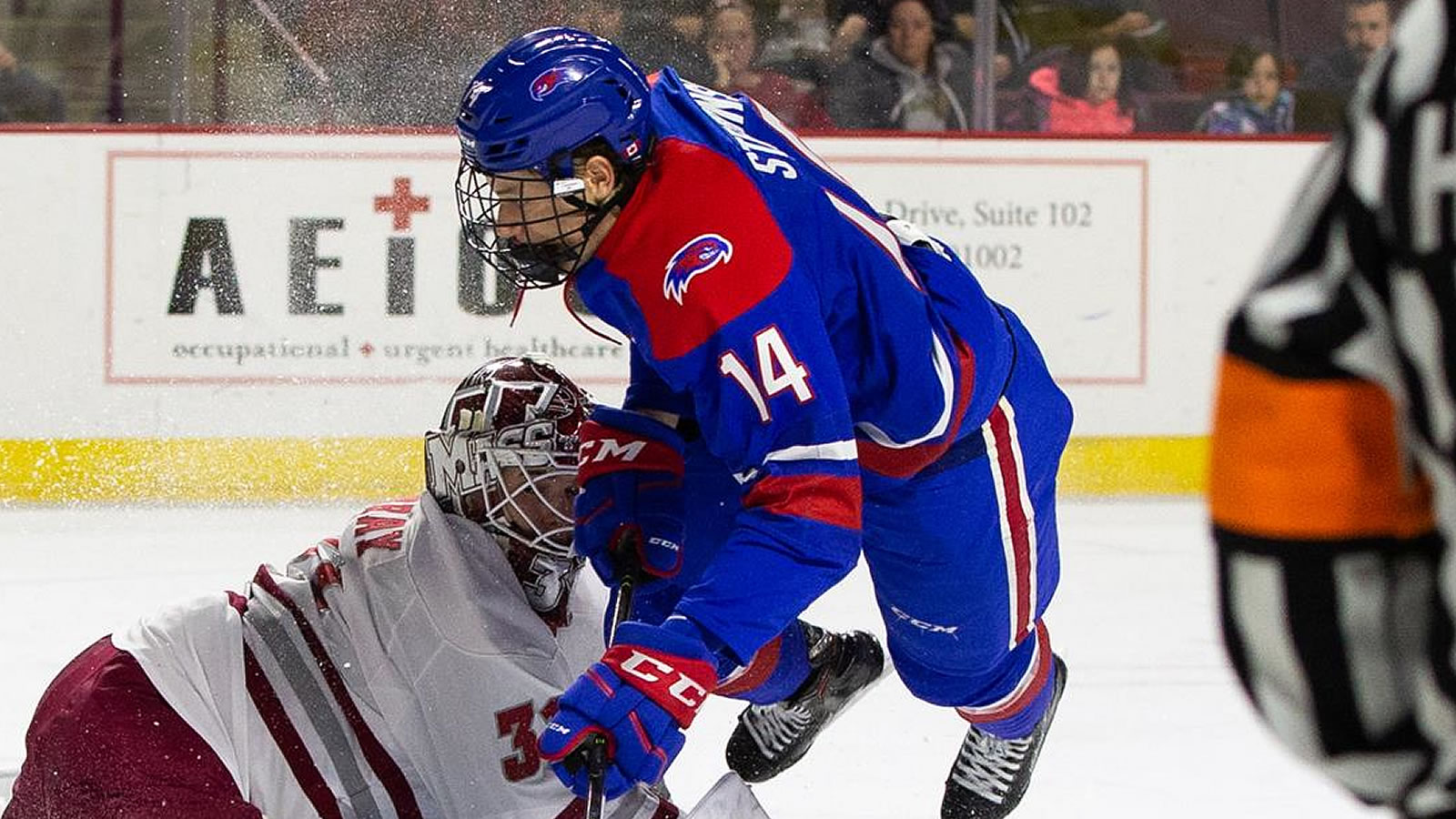 The River Hawks dominated offensively throughout the first 20 minutes, taking up residence in the Arizona State zone. The pressure gave way to an early scoring lead for the visiting UMass Lowell squad, as Crasa knocked in a loose puck off the pad of Ben Kraws just 58 seconds in.

The Sun Devils found the back of the net to lock up the score less than two minutes later as Matthew Kopperud snuck one past Welsch on the power play.

The stalemate was short lived thanks to the River Hawk penalty kill unit. Seconds into a Sun Devil power play, Stefanson intercepted a pass of the stick of Tim Lovell. With nothing but open ice in front of him, the veteran center went one-on-one with Kraws, beating him blocker side to regain the lead and send the River Hawks into the first break with the 2-1 advantage.

UMass Lowell continued its gritty offensive press into the second as they continued to outshoot the Arizona State crew, 25-14, through forty minutes. Despite generating several opportunities on attack, the Sun Devils still managed to keep the pressure on the River Hawks, locking things up halfway through the period.

Forward Brushett shifted momentum back in favor of the River Hawks at the 13:23 mark, going bar down off a quick pass from linemate Sodergren to move to a 3-2 lead. Retaliating once again, Arizona State lifted one just over the right arm of Welsch to even the score to close out the second frame.

The tides turned against the River Hawks in the final frame, as a quick succession of UMass Lowell penalties gave Arizona State the chance to score a pair of extra-man goals to secure the 5-3 decision.

The River Hawks look to bounce back tomorrow, Sunday, Oct. 2, before heading home to the Mill City. Puck drop for the matinee matchup is set for 4 p.m. MST.