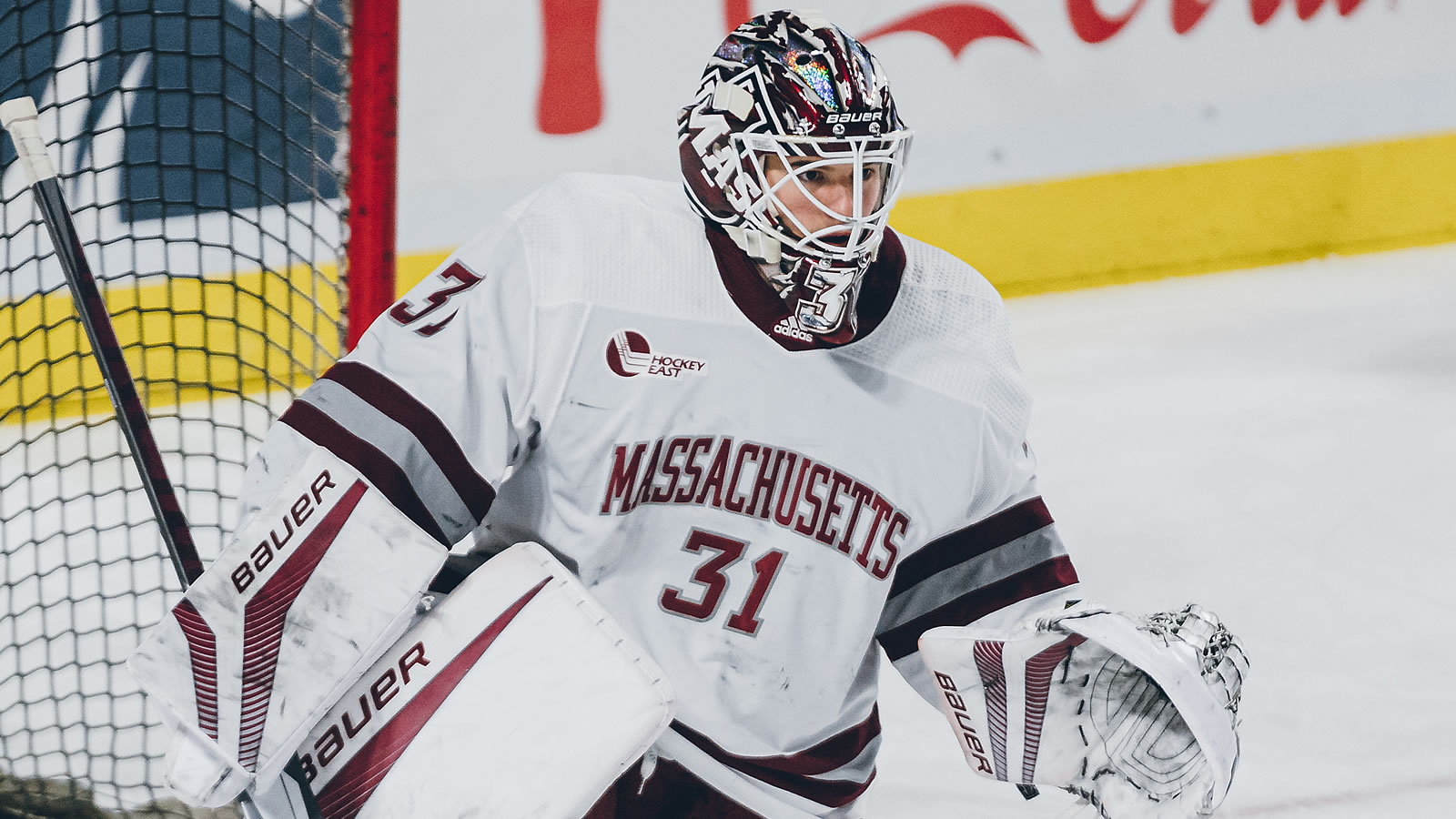 AMHERST, Mass. - No. 1 Massachusetts hockey came up short against No. 5 in its season opener in front of a sold-out crowd at the Mullins Center, falling to the Mavericks, 2-0 on Saturday night. The loss leaves the Minutemen at 0-1, while Minnesota State begins the year at 1-0. "I spent most of the summer worrying that this would happen," said UMass head coach Greg Carvel. "They're a very good team, a much hungrier team that paid much more attention to detail. We've got a lot of new players on our team that we need to catch up to speed. We got what we deserved tonight. Congratulations to Minnesota State, they're a very well-coached team. You can tell they're a mature, experienced team and we did not play very close to our identity."

Minnesota State opened the contest with a power-play goal just 55 seconds into the first period after Matthew Kessel was sent to the box for interference at the 10 second mark. Reggie Lutz picked up a feed from Cade Borchardt and Nathan Smith below the goal line and sent a wrister past Matt Murray from the right faceoff dot.

UMass threatened to tie things up with a 2-on-1 chance shorthanded early in the second period, but Josh Lopina was stopped by Dryden McKay.

The Minutemen then started the third with sustained offensive pressure, but were still unable to solve McKay.

Minnesota State ultimately sealed the contest with its second of the night with less than five minutes to play in the third. Julian Napravnik tapped home a loose puck in the crease from Smtih and Benton Maass at the 15:50 mark.

The Mavericks finished the night with a 32-18 shot advantage and went 1-for-4 on the power play, while UMass was 0-for-5.

Murray totaled 30 saves for the Minutemen and McKay stopped 18 shots for Minnesota State.

The teams will close out the weekend series tomorrow, Oct. 3, with a 4 p.m. matchup at the Mullins Center.