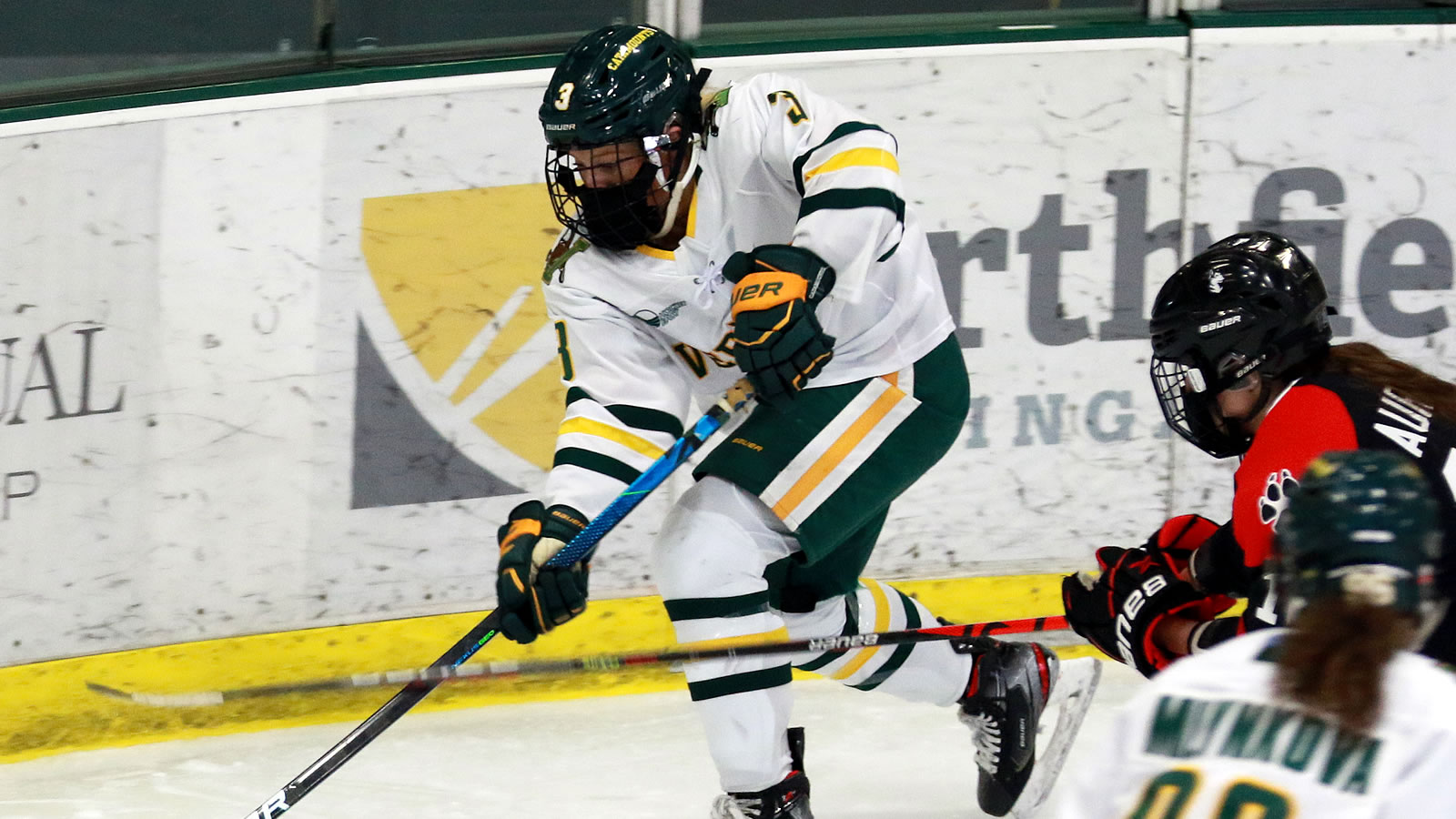 BURLINGTON, Vt. - Bella Parento scored 1:56 into overtime to deliver a 3-2 win for Vermont Friday night over RPI in non-conference action from Gutterson Fieldhouse on Opening Night presented by TD Bank. With the win UVM starts the campaign 1-0-0 while the Engineers fell to 0-3-0.

"Congrats to our team on finding a way to win," Head Coach Jim Plumer said. "And RPI deserves credit for playing a very good game. I know our team can play a lot sharper and smarter and we will need to do that tomorrow and every game going forward."

- After dominating possession for much of the first period the Catamounts were rewarded with 6:08 left in the opening 20. Natalie Mlynková found Tynka Pátková on the back door with a perfect cross-ice pass and Pátkova put it into the empty half of the net for UVM's first goal of the season. Maddy Skelton also earned an assist on the goal.

- The Engineers equalized 2:12 into the second period. On a two-on-one rush Audrey McCutcheon ripped a slap shot over Jessie McPherson's right shoulder labeled for the top corner for her first career goal. McCutcheon's goal came on RPI's fourth shot of the game.

- RPI took the lead with 10:06 left in the second after a fortuitous bounce in front. Hannah Price's centering feed bounced off an RPI skate and right to Riena Jahnke who tapped it in past McPherson who had no chance on the play.

- Vermont answered back just 22 seconds later on a two-on-one rush of its own. Alyssa Holmes setup Theresa Schafzahl with a cross-ice feed she one-timed past RPI's Amanda Rampado. Antonia Matzka earned her first career Catamount post with an assist on the marker.

- For the third period Blanka Škodová came on for the Catamounts in net. McPherson finished the night with five saves. Škodová was called upon with 29 seconds left in regulation to make a huge stop. Nyah Phillip was in alone and Škodová made a pad stop along the goal line. Škodová made four saves and earned the win.

- Vermont caught the Engineers on a bad change in overtime. Skelton fired a pass from the Vermont redline to Parento as she entered the RPI zone. An Engineers defender got to Parento just in time to deflect her shot just over the shoulder of Rampado for the game-winner.

- Under Head Coach Jim Plumer UVM is now 3-0-1 against the Engineers. Five of the last nine meetings between the two teams have gone to overtime.

- In the program's Division I history the Catamounts are now 7-9-5 in home openers. Vermont is 5-4-1 in season openers under Coach Plumer.

- Sophomore forward Maddy Skelton picked up her second career multi-point game with two helpers tonight. UVM has never lost in a game she found the scoresheet.

RPI and Vermont will be back at it Saturday at 3 p.m. The contest will be broadcast live for free on CollegeSportsLive.com with Rob Ryan on the call.