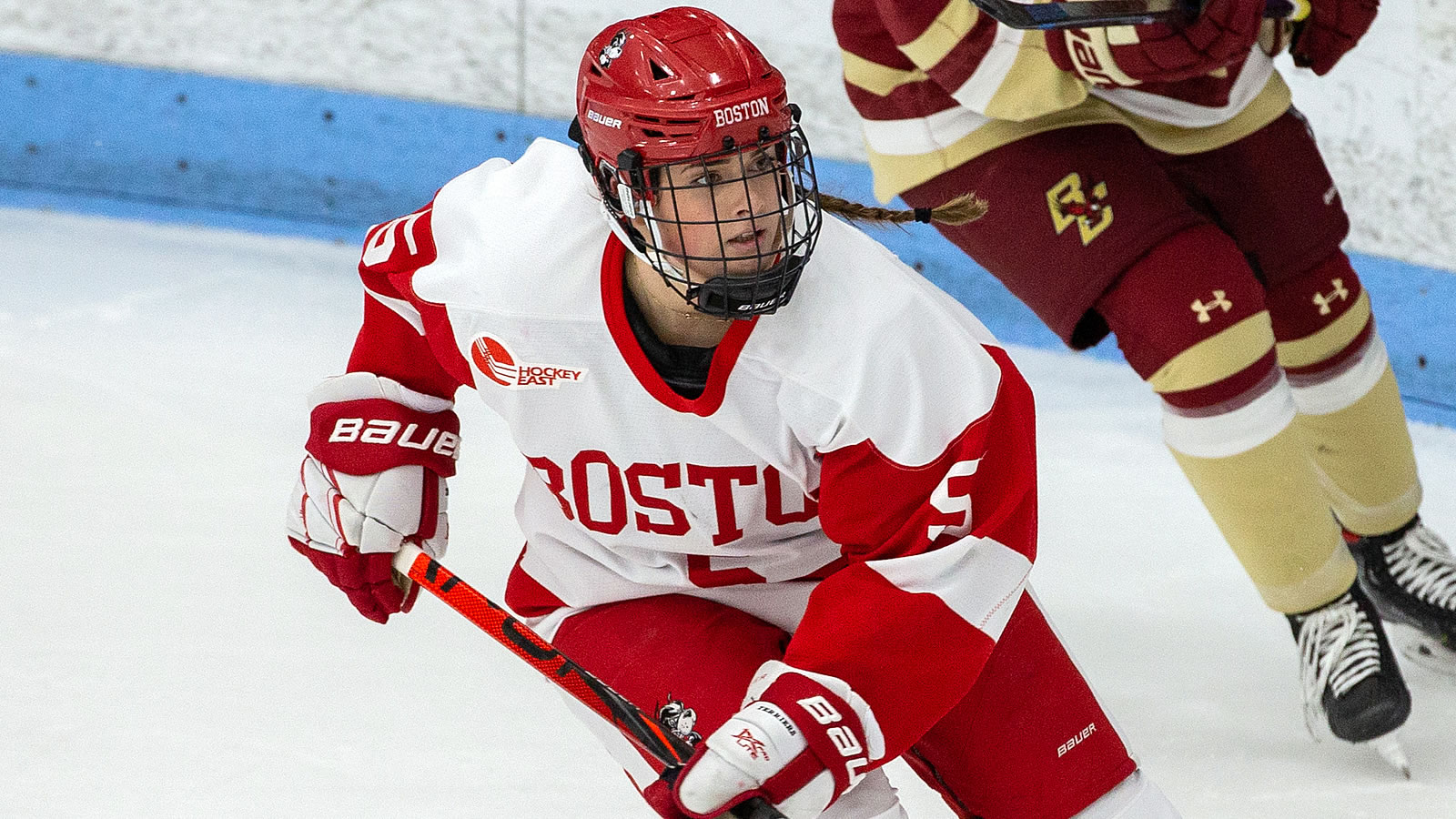 BU (1-0-0, 1-0-0 HE) trailed after just 22 seconds, but twice tied the contest before junior Julia Nearis' power-play marker gave the Terriers a 3-2 lead that they never surrendered. Senior Alex Allan added an empty-netter with 1:15 remaining in regulation to seal the game.

Freshman goaltender Callie Shanahan made 26 saves in her first collegiate start. She was excellent over the final 40 minutes, stopping all 16 shots she faced in that span.

- BU responded at the 3:40 mark to tie the score. Parker passed the puck to Mattivi in the right corner and the defender slid a nifty no-look pass back to Parker at the bottom of the right circle. The senior then roofed a shot under the crossbar for the Terriers' first goal of the season.

- The Wildcats took a 2-1 lead into the second period, but BU got back to level terms just 2:01 into the stanza.

- Calderone kept the puck in at the left point, but her shot was blocked by a UNH defender. Correia quickly won the puck back, however, skated between the circles and wristed the puck past Ava Boutilier (26 saves).

- Nearis gave the Terriers their first lead of the night with a power-play goal at 12:07 of the second period. Calderone dished the puck to Correia, who then fed it to Nearis at the left post. Nearis banked the puck off Boutilier and into the net for her first goal of the campaign.

- Shanahan was sharp in the middle frame, stopping all nine shots she faced to ensure BU took its lead into the final 20 minutes.

- UNH pulled its goalie in an effort to tie the game, but Correia and Cardaci combined to find Allan with a breakout pass, and the senior defender fired the puck from the neutral zone into the empty net to ice the contest.

- Correia's last two-assist game was also at UNH; she had two helpers against the Wildcats on Dec. 5, 2020.

- Nearis has scored in each of her last three games against UNH, all of which were on the road.

- She has a five-game point streak that stretches across three seasons; it began in the 2019-20 season finale.

- BU has won each of its last two season openers, both of which were at Whittemore Center.