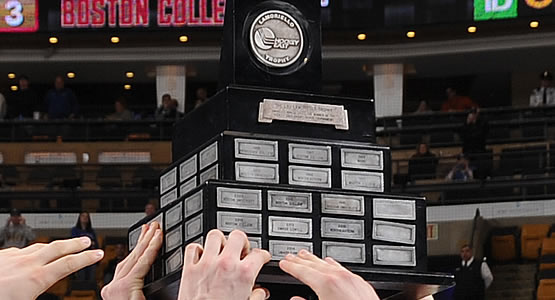 The Hockey East Association is an 11-team Division I college men's hockey conference founded in 1984 and a nine-team Division I women's league which began play in 2002-03. The men's league has won nine NCAA championships in the past 24 years including Providence College in 2015 at TD Garden in Boston. Since 1999, Hockey East has won seven NCAA Championships with 15 NCAA Championship Game appearances, while placing 25 teams in the Frozen Four and 65 teams in the NCAA Tournament during that time. Overall, Hockey East has sent 109 teams to the NCAA Tournament since its inaugural season, more than any other conference in that span.