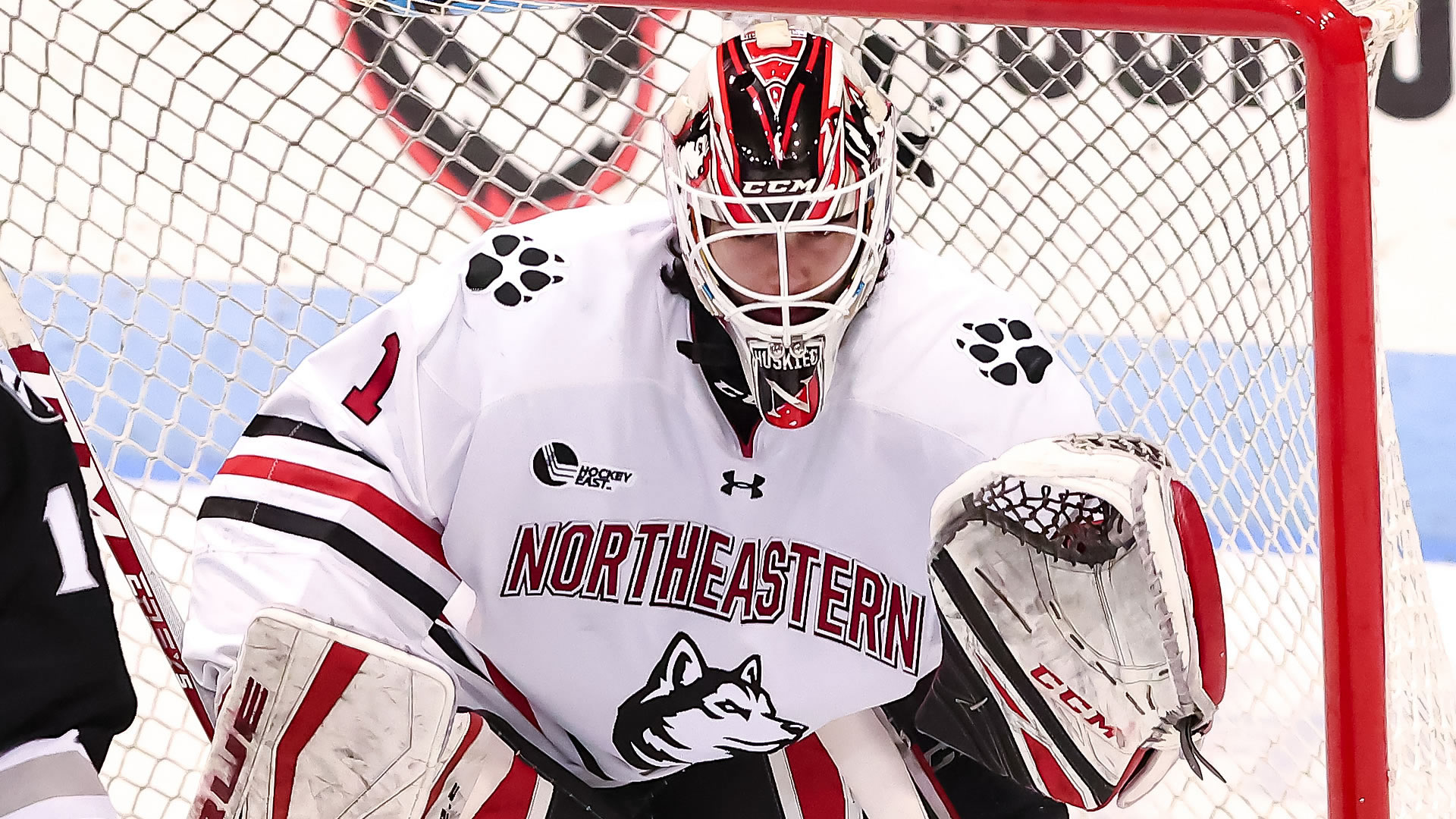 Northeastern University sophomore goaltender Devon Levi has been named the recipient of the 2022 Tim Taylor Award, bestowed annually upon the best first-year player in NCAA Division I menâs ice hockey, the Hockey Commissionersâ Association announced today. He is the first NU player to win this award and the eighth from the Hockey East Association in the 16 years in which the award has been bestowed. The award is voted on by the nationâs assistant coaches and is named for the former Yale University and U.S. Olympic Team head coach.

A native of Dollard des Ormeaux, Quebec, Levi leads the nation in save percentage, finishing at .952. He recorded 10 shutouts in his first season of college hockey and compiled a goals against average of 1.54 in his 32 starts. He did not play a minute in the 2020-21 season, either hampered by injury or playing for Team Canada at the World Junior Championships

Tim Taylor, for whom the award is named, spent 28 seasons at Yale and became the schoolâs winningest head coach as he collected 337 victories. His tenure spanned from 1976-2006, while taking two years on leave to coach the U.S. Menâs Olympic Ice Hockey Team as an assistant coach in 1984 and as the head coach in 1994. Taylor was captain of the Harvard University menâs ice hockey team before he graduated in 1963. He began his coaching career at his alma mater, serving as an assistant coach on the Crimson staff under Ralph âCooneyâ Weiland and Bill Cleary before beginning his time with the Bulldogs in New Haven, Connecticut.

The Hockey Commissioners Association sponsors this award which results from a ballot containing each NCAA Division I ice hockey conferenceâs Rookie of the Year. The runner-up for this yearâs Tim Taylor Rookie of the Year Award was the University of Michiganâs Luke Hughes, a freshman defenseman from Canton, MI.