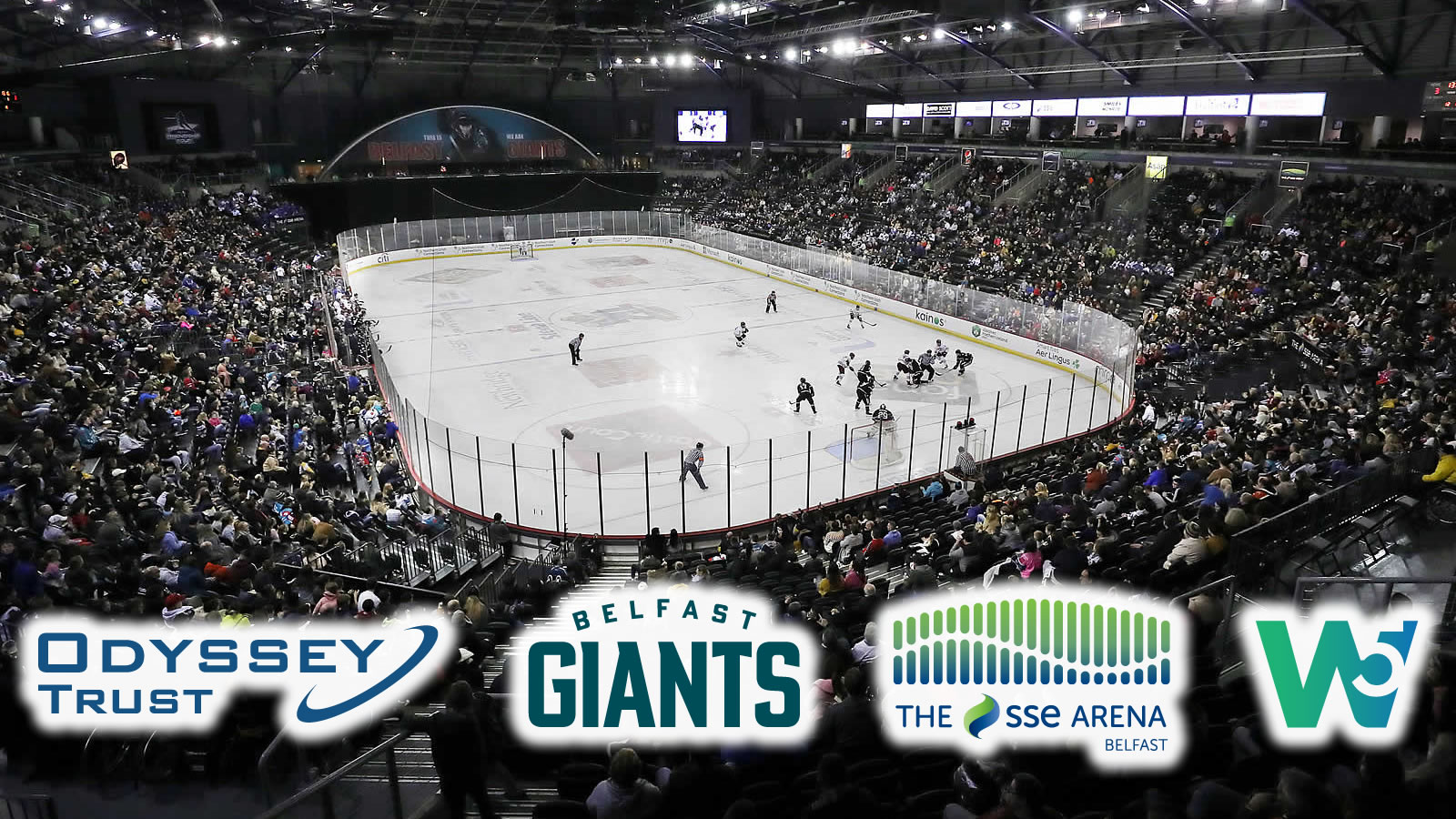 LOWELL, Mass. - The Friendship Four ice hockey tournament will return to Belfast, Northern Ireland in November 2022, it was announced tonight ahead of the Massachusetts and UMass Lowell contest. Joining the Minutemen and River Hawks will be Quinnipiac and Dartmouth from ECAC Hockey. Taking place at The SSE Arena, Belfast on November 25-26, 2022 the high-profile tournament, organized by The Odyssey Trust, will bring four top U.S. college hockey teams together to compete for the coveted Belpot Trophy over Thanksgiving weekend.

The NCAA (National Collegiate Athletic Association) tournament will see Division I hockey teams, the UMass Lowell River Hawks, winners of the first ever Friendship Four tournament return for 2022, alongside the Quinnipiac Bobcats and the Massachusetts Minutemen (UMass) who played in Belfast in 2016, with the Dartmouth Big Green making their debut on Belfast ice.

The Friendship Four was born in Belfast in 2015, marking the start of a highly popular international ice hockey tournament that continues to grow to this day. The tournament was devised and has been developed by The Odyssey Trust, to promote education, social welfare, and community integration in Northern Ireland, building on the sister cities agreement between Belfast and Boston. The tournament last took place in Belfast in 2019 due to the Covid-19 pandemic. The announcement that the event will return to Belfast in 2022 was made at Friday nightâs game between the UMass Lowell River Hawks and UMass at The Tsongas Centre at UMass Lowell. The event was attended by representatives from The Odyssey Trust, Hockey East, ECAC Hockey and the Governor of Massachusetts, Charlie Baker.

Commenting on the launch of the tournament, Robert Fitzpatrick, CEO, The Odyssey Trust said: âAfter a two-year hiatus due to the Covid-19 pandemic, we are pleased to announce that the Friendship Four will return in 2022. It is a great pleasure to be in Boston to make this announcement and I would like to thank ECAC Hockey Commissioner Steve Hagwell and Hockey East Commissioner Steve Metcalf for their continued support in the Friendship Four and everything it stands for.

âThe Odyssey Trust is proud to continue this legacy of international collaboration that provides a unique opportunity to use sport to educate young people and create a spirit of mutual understanding and the spirit of friendship, solidarity and fair play.â

The Friendship Four is the first and only NCAA Division I hockey tournament to be held outside of the United States, but its roots are well and truly in Boston, Massachusetts. The Friendship theme is more than a namesake for the tournament. The event focuses on unifying communities throughout Northern Ireland by bringing a diverse group of young people from across all socioeconomic and religious backgrounds together for one event. It strives to create lasting cultural, sporting and educational partnerships between Northern Ireland and America.

Commenting on the announcement Hockey East Commissioner, Steve Metcalf said: âWeâre thrilled to have The Odyssey Trust here in Boston to announce the long-awaited return of the Friendship Four. This tournament has grown to become an important weekend in the collegiate hockey calendar and deliver valuable educational and life experiences for our colleges. We look forward to the event, which will no doubt be a highlight for 2022-23 season.â

ECAC Hockey Commissioner Steve Hagwell added: âWeâre proud to once again partner with the Odyssey Trust to bring this popular tournament back to Belfast. Thanksgiving weekend 2022 will be one to look forward to for all involved in ECAC Hockey and will build upon a strong legacy of successful tournaments to date.â

Further information and details on the release of Friendship Four tickets will be released will be announced in 2022.

About the Friendship Four

- The Friendship Four is the first and only NCAA Division one Hockey tournament to be held outside of the United States, but its roots are well and truly in Boston, Massachusetts. The seed was planted when the Bruins came to play the Giants in Belfast in 2010.

- Following the event, Boston and Belfast signed a Sister Cities agreement in 2014. The agreement is designed to foster stronger economic development, trade and investment, tourism, youth, cultural, faith-based exchanges and educational linkages between the two cities, and to increase awareness of both cities as being growth cities in the connected health and life sciences, creative industries, tourism, financial services and the knowledge economy sectors.

- As a result of the agreement, discussions began with the City of Boston, Hockey East and the ECAC about the possibil- ity of hosting a tournament similar to the âBeanpotâ in Belfast. The city of Belfast identified that, through their professional ice hockey team, the Belfast Giants, that hockey was the one sport where people came together, irrespective of religion of community background, in a neutral setting, to cheer for the same team.

- The Friendship Four was born in 2014, helping to build links between Belfast and Boston through the medium of sport. Each year, four college teams travel to Belfast to compete for the coveted âBelpotâ trophy. There is no tournament like the Friendship Four in the NCAA structure. The athletes on the participating teams donât normally get to travel or study abroad as hockey players because of training and playing commitments of the season, so this tournament has a real impact on them. Above playing the game outside of the States, the tournament offers players a unique opportunity to engage with the local community.

- Previous winners of the Friendship Four are:

The key focus of the Friendship Four is education:

- Education of youth through sports to create a spirit of mutual understanding and the spirit of friendship, solidarity and fair play;

- An exploration of the opportunities that education can provide, both in Northern Ireland and the USA through scholarships and placements;

- Education linked to future job opportunities and economic success. In parallel, the Friendship Four initiative aims to focus on social inclusion â ensuring that young people and communities from rural and urban deprived areas are engaged with education and provided with opportunities to identify relevant areas of study and future potential career paths.