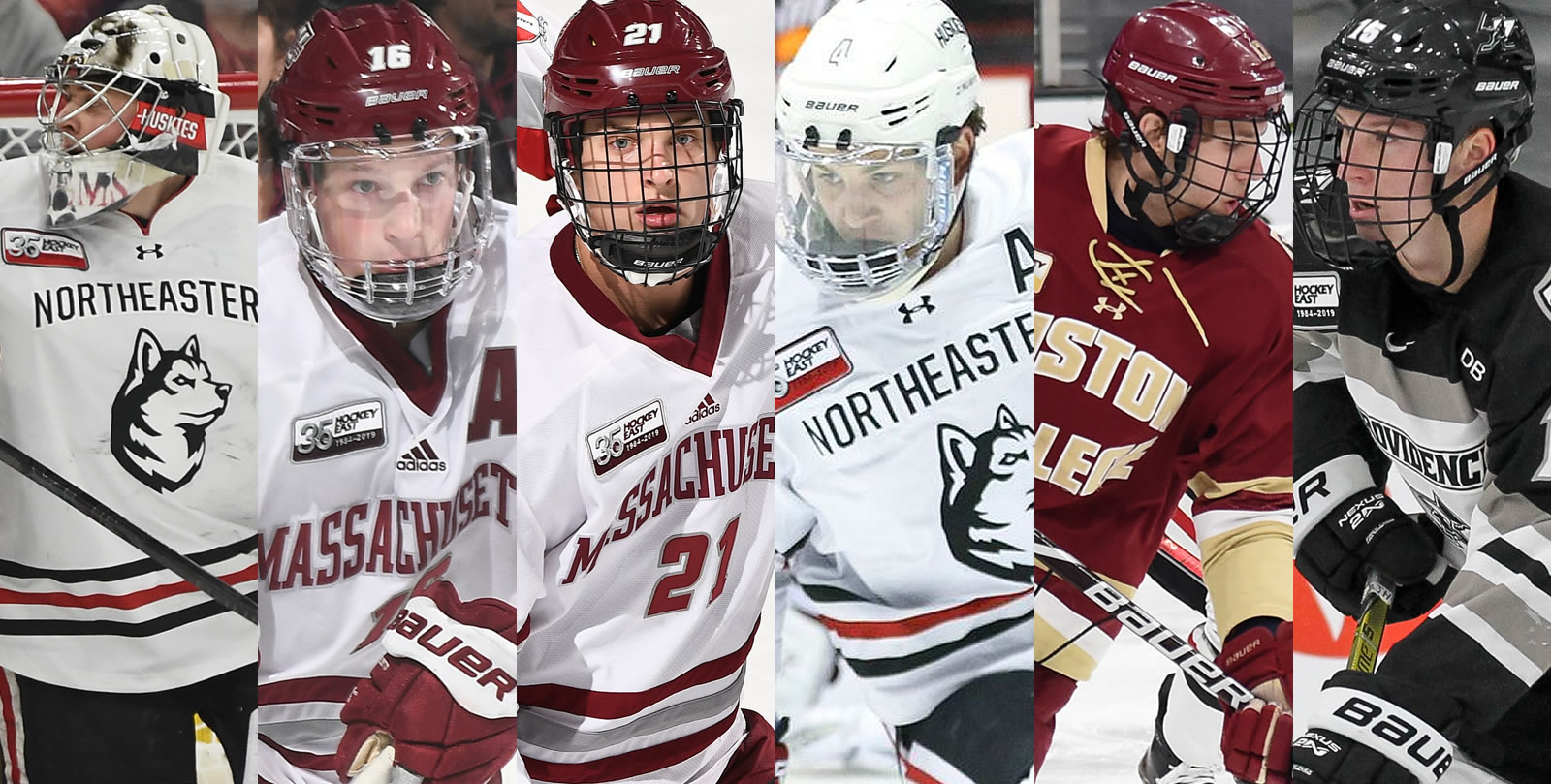 - Six players had been recognized as All-Americans previously.

- There are 20 players from 12 different U.S. states, 4 Canadian players from three provinces and one player from Germany.

- The source of the most players: six from Minnesota.

- The conference breakdown: six each from Hockey East and the NCHC, five from the Big Ten, four from ECAC Hockey, two from Atlantic Hockey and one each from the WCHA and independent Arizona State, the first ever from ASU.

- 18 players participated in the NCAA Tournament. Five of them advanced to the NCAA Frozen Four in Buffalo, NY..