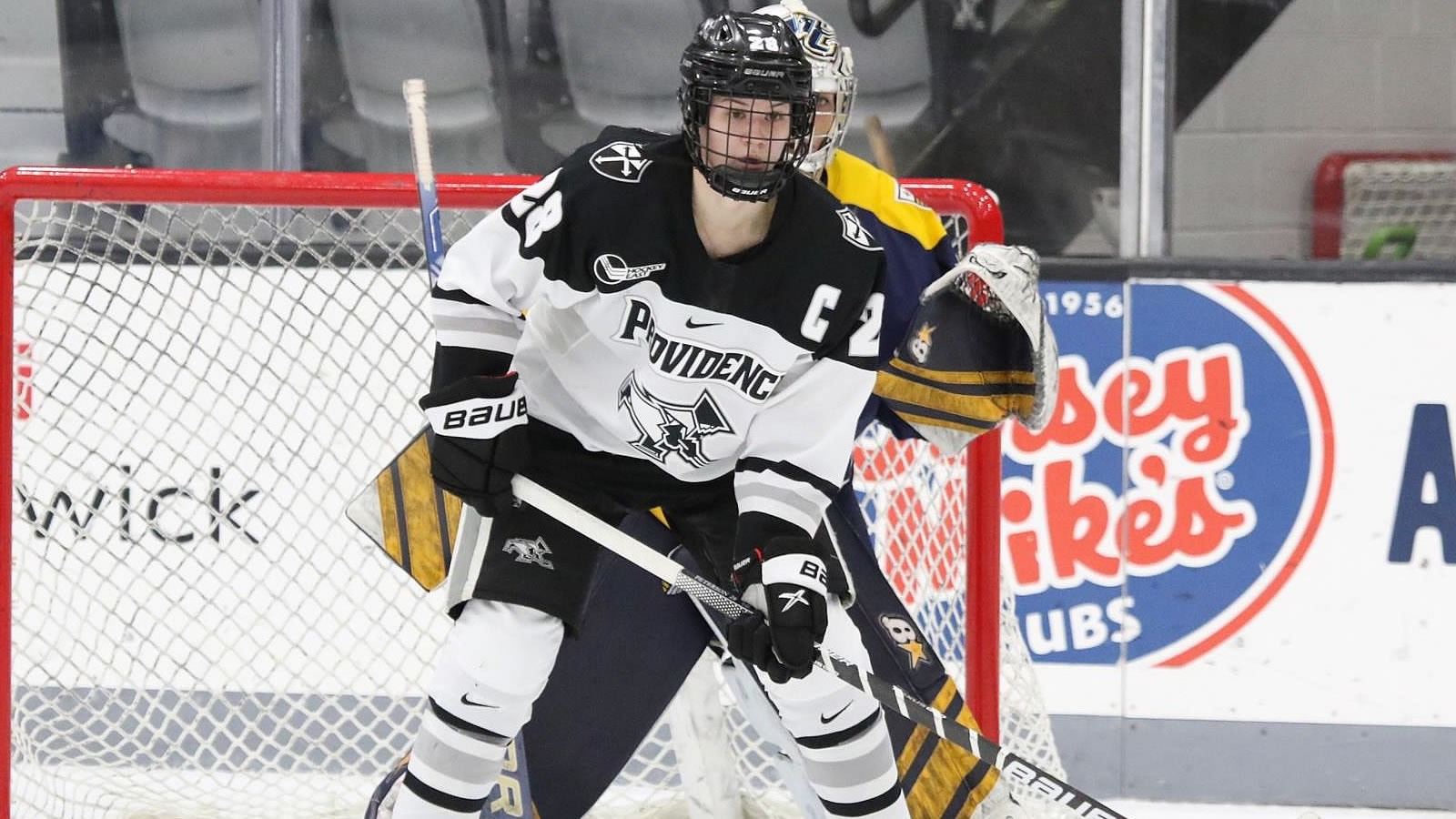 WORCESTER, Mass. - The Providence College women's hockey team skated to a 4-1 victory at the Hart Center over Holy Cross on Tuesday, Feb. 1. Caroline Peterson (East Falmouth, Mass.) put in two goals to push the Friars over the Crusaders.

The opening twenty minutes were scoreless for both teams but Holy Cross earned a penalty with one second remaining in the first period. The Friars capitalized on the power play opportunity, 1-0, in the second period with a goal from Caroline Peterson at 1:50. Peterson was assisted by Hayley Lunny (Bedford, N.Y.).

The remainder of the second period was scoreless for both teams and Providence carried a 1-0 lead into the second intermission.

The third period was action packed and saw 5-on-3 play three times within three minutes. Providence held the two man-up advantage first after Holy Cross' Bryn Saarela and Millie Sirum were called for interferences at the 7:45 mark. The Friars capitalized just 13 seconds in, 2-1, with a goal from Hunter Barnett (Caledon, Ontario). Isabelle Hardy (Oakville, Ontario) and Brooke Becker (Orchard Park, N.Y.) assisted on the play.

Peterson struck again for the Friars, 3-1, at the 14:46 mark of the third period for her second of the night with help from Barnett and Lindsay Bochna (Toronto, Ontario).

Freshman Ashley Clark (North Weymouth, Mass.) netted her first career goal in the final 1:50 of play on Holy Cross' empty net. Becker earned an assist on the goal, her second of the night.

Sandra Abstreiter (Freising, Germany) finished the game with 37 saves, while Brenon had 29 for the Crusaders.

The Friars will face the Holy Cross Crusaders again this weekend on Saturday, Feb. 5 and Sunday, Feb. 6 in a home-and-home series. Puck drop is scheduled for 2:00 p.m. at Schneider Arena on Saturday before a 2:00 p.m. puck drop back at the Hart Center on Sunday.