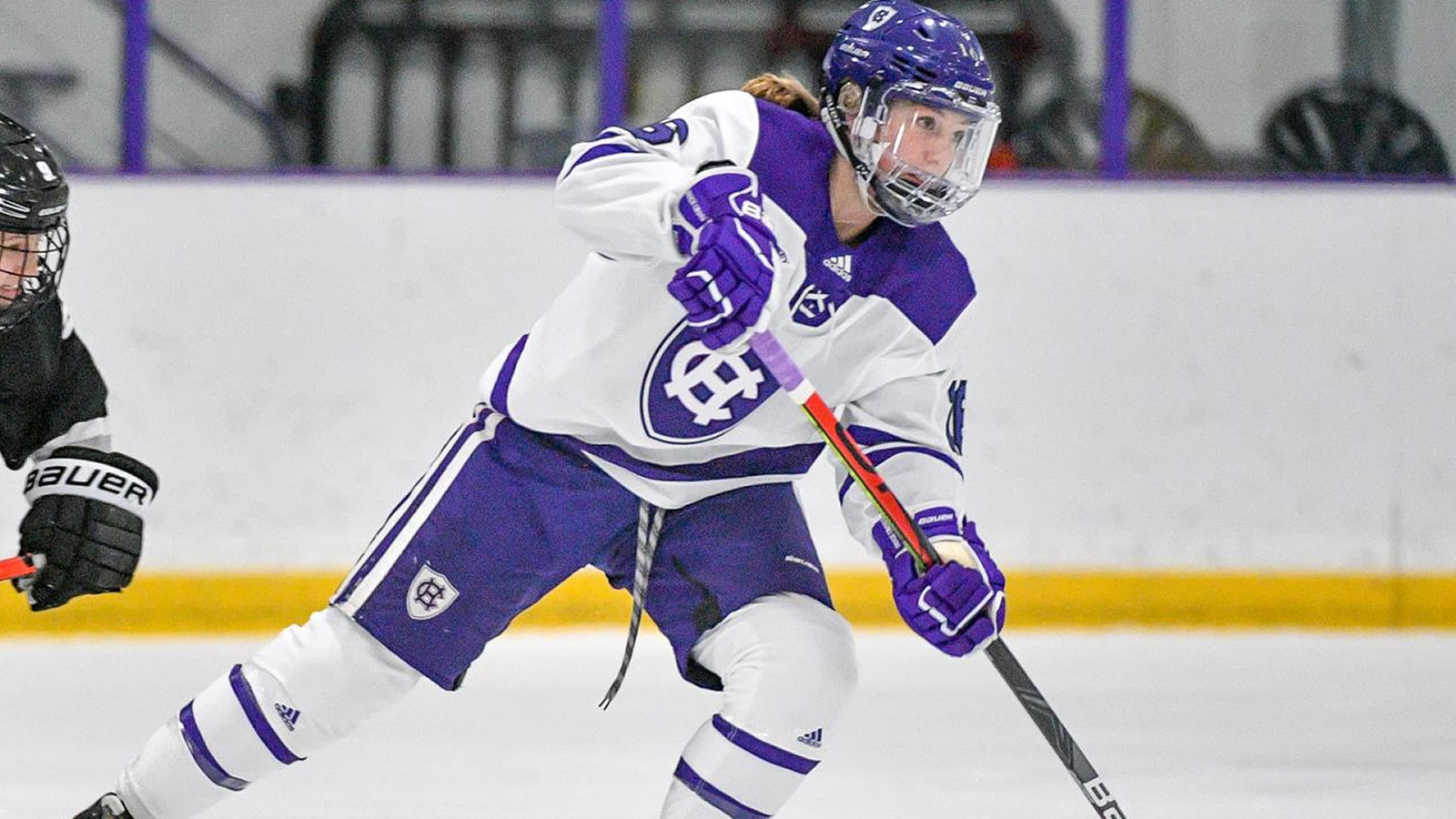 UNIVERSITY PARK, Pa. - Freshmen Carmen Elliott and Mackenzie King scored the first goals of their collegiate careers, but the Holy Cross women's ice hockey team was defeated by Penn State 6-2 at the Pegula Ice Arena. The Crusaders fall to 0-4 on the season, while the Nittany Lions improve to 2-3-1 overall.

Penn State opened the game with one goal in the first period and two more early in the second to take a 3-0 lead. Holy Cross responded when King scored with assists from senior Emma Lange and junior Kailey Langefels to make the score 3-1. After the Nittany Lions netted their fourth goal of the night, Lange found Elliott for a goal to cut the deficit to 4-2. But Penn State scored one more time late in the second period and again in the third to put the game away.

Senior goaltender Jada Brenon totaled 34 saves for the Crusaders, while Josie Bothun and Annie Spring combined for 23 saves for the Nittany Lions.

Holy Cross returns to action on Friday, Oct. 15, when it plays host to Franklin Pierce at 6:00 p.m.

With two assists, Lange recorded the second multi-assist game of her collegiate career. Brenon has now recorded at least 30 saves in every game she has played this season.