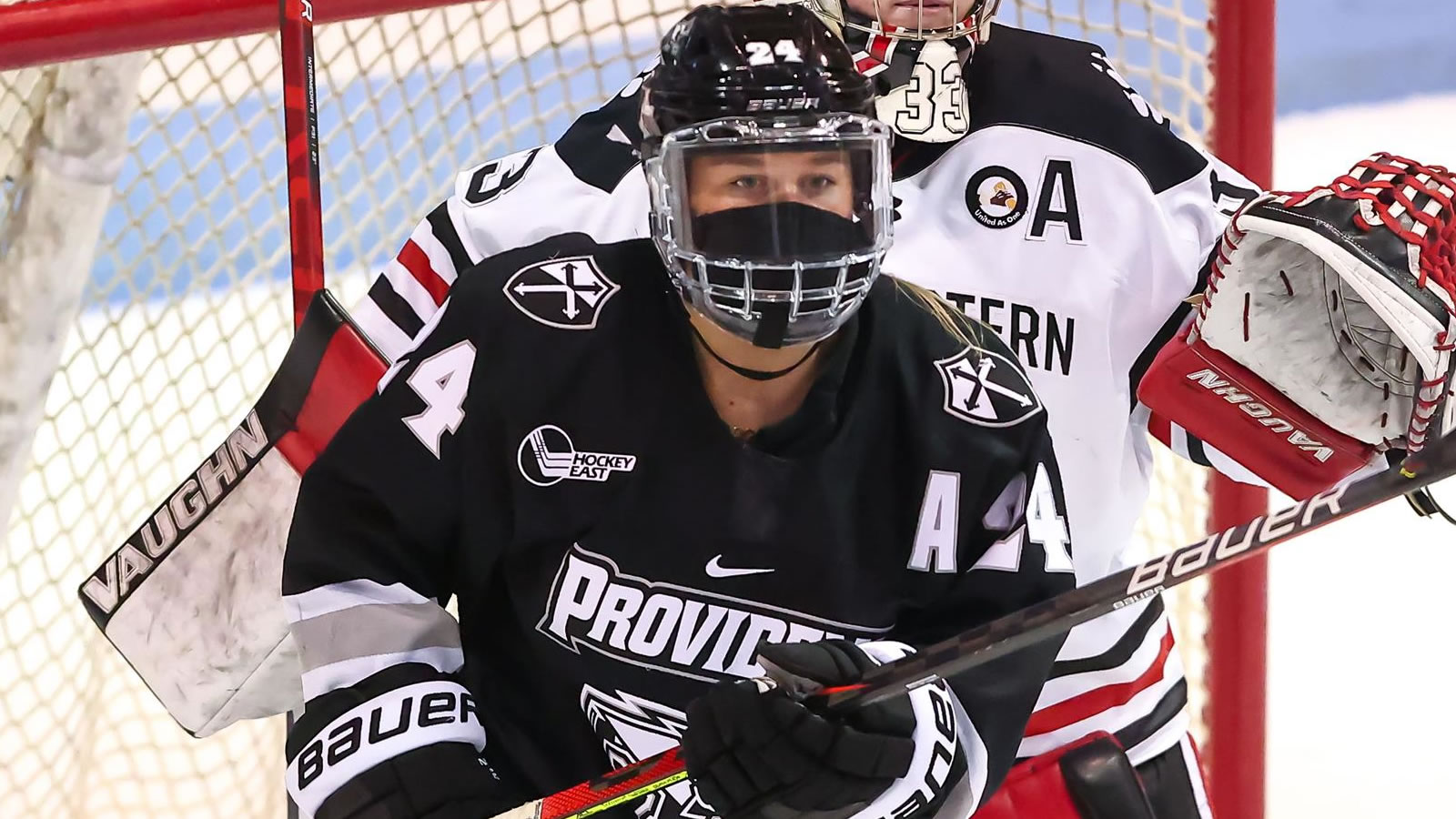 PROVIDENCE, R.I. - The Providence College women's hockey kicked off Hockey East play today, October 8, against the University of New Hampshire in Schneider Arena. Graduate student Hayley Lunny helped lift the Friars over the Wildcats, 3-2, with two goals, one being on the power play. Brooke Becker assisted in all three goals for Providence, a career-high. Providence improves to 1-0-0 and 1-0-0 in Hockey East Play.

- Both teams were scoreless through the first 20 minutes of play. New Hampshire outshot Providence in the opening period, 7-5.

- Lindsay Bochna (Toronto, Ontario) put the Friars on the board, 1-0, at the 11:42 mark in the second period. Bochna was assisted by Brooke Becker (Orchard Park, N.Y.) and Hayley Lunny (Bedford, N.Y.) on her first goal of the season.

- New Hampshire evened the score less than three minutes later, 1-1, with a shorthanded breakaway goal by Annie Berry. The teams entered the second intermission tied at one, with the Friars outshooting the Wildcats 17-6 in the second period.

- Lunny netted her first goal of the season 5:17 into the third, putting Providence back in the lead, 2-1. Lunny was assisted by Brooke Becker on the game-winning goal.

- Lunny added insurance for the Friars, 3-1, with a power play goal after UNH's Charli Kettyle was whistled for interference at 16:21. Lunny was assisted on by Becker and Bochna on her second goal of the night.

- Becker assisted on all three goals of the game, tying Lunny for a game-high in points (3) and setting a personal career-high.

- Sandra Abstreiter (Freising, Germany) recorded 23 saves, with a .958 save percentage on the afternoon.