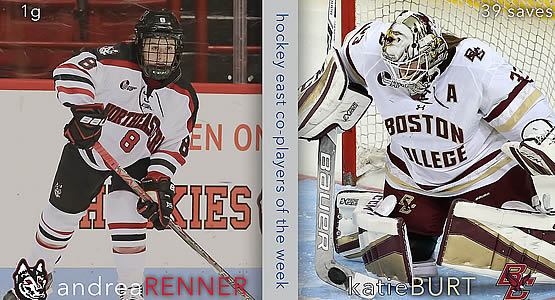 AROUND HOCKEY EAST: The Women's Hockey East 16th season ended last weekend as both Boston College and Northeastern fell in the quarterfinal round of the national tournament ... Boston College hosted Ohio State and dropped a 2-0 decision to the Buckeyes. It marked the first time in seven tries that the Eagles failed to win a national tournament quarterfinal contest that they hosted at Conte Forum. Senior goaltender Katie Burt (Lynn, Mass.) made 39 saves in the loss and ends her career as the NCAA's all-time wins leader (121). Senior Kenzie Kent (Norwell, Mass.) finished her Eagles career with the most games played in the maroon and gold, skating in 157 games with Boston College. Freshman Daryl Watts (Toronto, Ont.) is one of three finalists for the Patty Kazmaier Award, given annually to the best women's collegiate hockey player. Boston University senior Victoria Bach (Milton, Ont.) is also a Top Three finalist for the award, which will be handed out on March 17 in Minneapolis, Minnesota in conjunction with the Women's Frozen Four ... Northeastern traveled to Colgate in its second appearance in the national tournament. The Huskies were tripped up, 3-1. Rookie netminder Aerin Frankel (Briarcliff Manor, N.Y.) stopped 33 shots in the loss while sophomore Andrea Renner (Arlington Heights, Ill.) scored the lone goal for Northeastern. 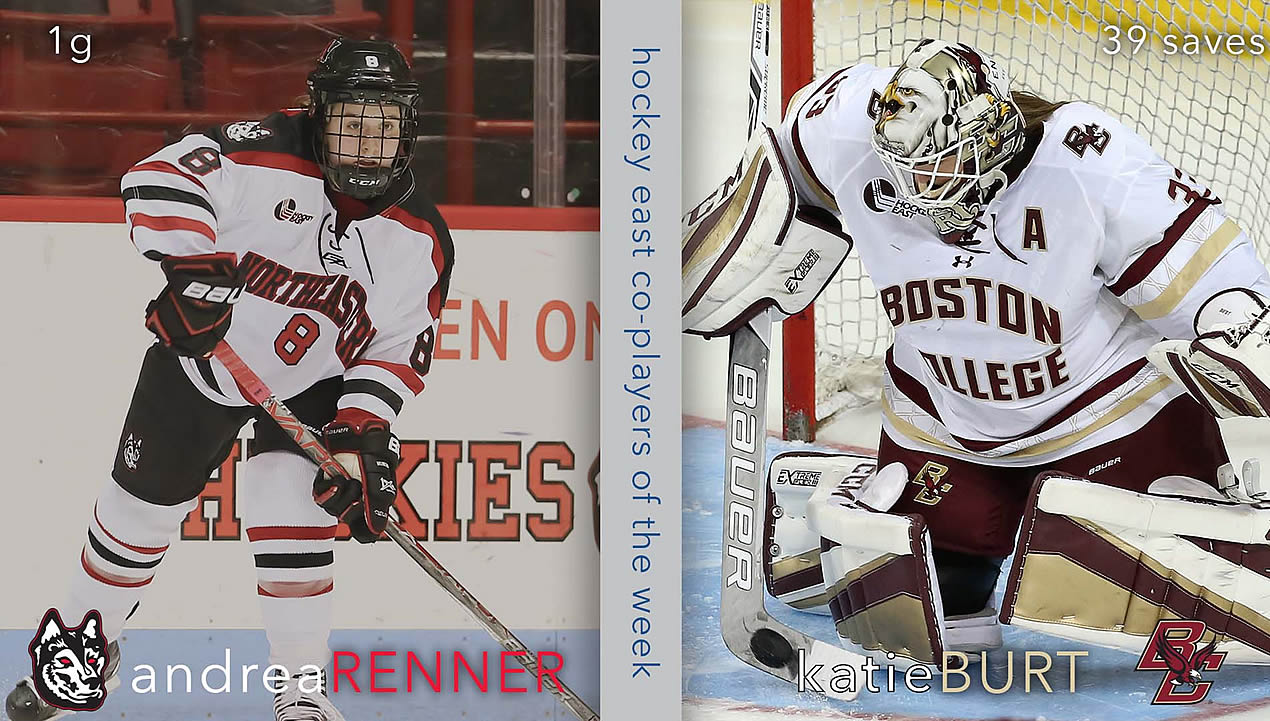 Andrea Renner (Arlington Heights, Ill.) scored the lone goal for the Huskies in a 3-1 setback at Colgate in the national quarterfinals. It was Northeastern's second appearance in the tournament.