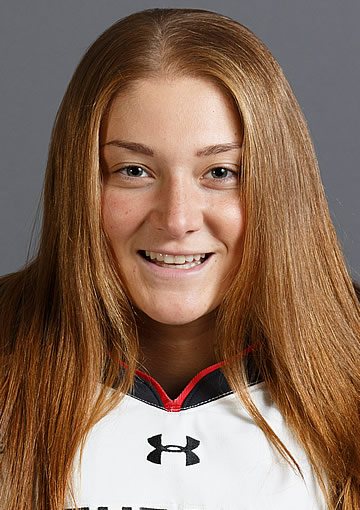 The Womenâs Hockey Commissioners Association has announced that Northeastern University senior Aerin Frankel has been selected as the first recipient of the Womenâs College Hockey Goalie of the Year Award. Voting was carried out by a panel of coaches, administrators and members of the media from across the country. Her selection was unanimous.

A native of Briarcliff Manor, NY, Frankel has set the standard for goaltenders across the country all year. The only goaltender among the ten finalists for this yearâs Patty Kazmaier Award, Frankel leads the NCAA in save percentage (.969), GAA (0.71) wins (19) and shutouts (9). Her 19th win came on Monday afternoon when she stopped 20 of 21 shots in a 5-1 NCAA quarterfinal win over Robert Morris University.

Next up for #1 seed Huskies is a Thursday semifinal match with the #5 seed University of Minnesota-Duluth Bulldogs, 1-0 winners over Colgate on Tuesday.

In addition to Frankel, the other finalists for the Womenâs College Hockey Goalie of the Year Award were Penn State University freshman Josie Bothun and University of Maine senior Loryn Porter.